In 1980, the explosion of Mount St. Helens in the state of Washington, United States, triggered the largest (on land) landslide ever recorded.

Mount St. Helens is a stratovolcano situated in the Cascade Mountains, 88 kilometers northeast of Portland. The volcano is relatively young as it was formed around 40,000 years ago. However, it is the most active in the Cascade Range.

Cascade Mountain Range belongs to the Ring of Fire, a vast region in the Pacific Ocean where many large earthquakes and volcanic eruptions strike. The mountain range stretches from British Columbia (Canada) to California through the state of Washington.

According to the United States Geology Survey (USGS), the name of the mountaintop was given by George Vancouver, a British navigator for the Royal Navy who explored North America's Pacific Coast, to honor Alleyne FitzHerbert, a British Diplomat and a friend of his. 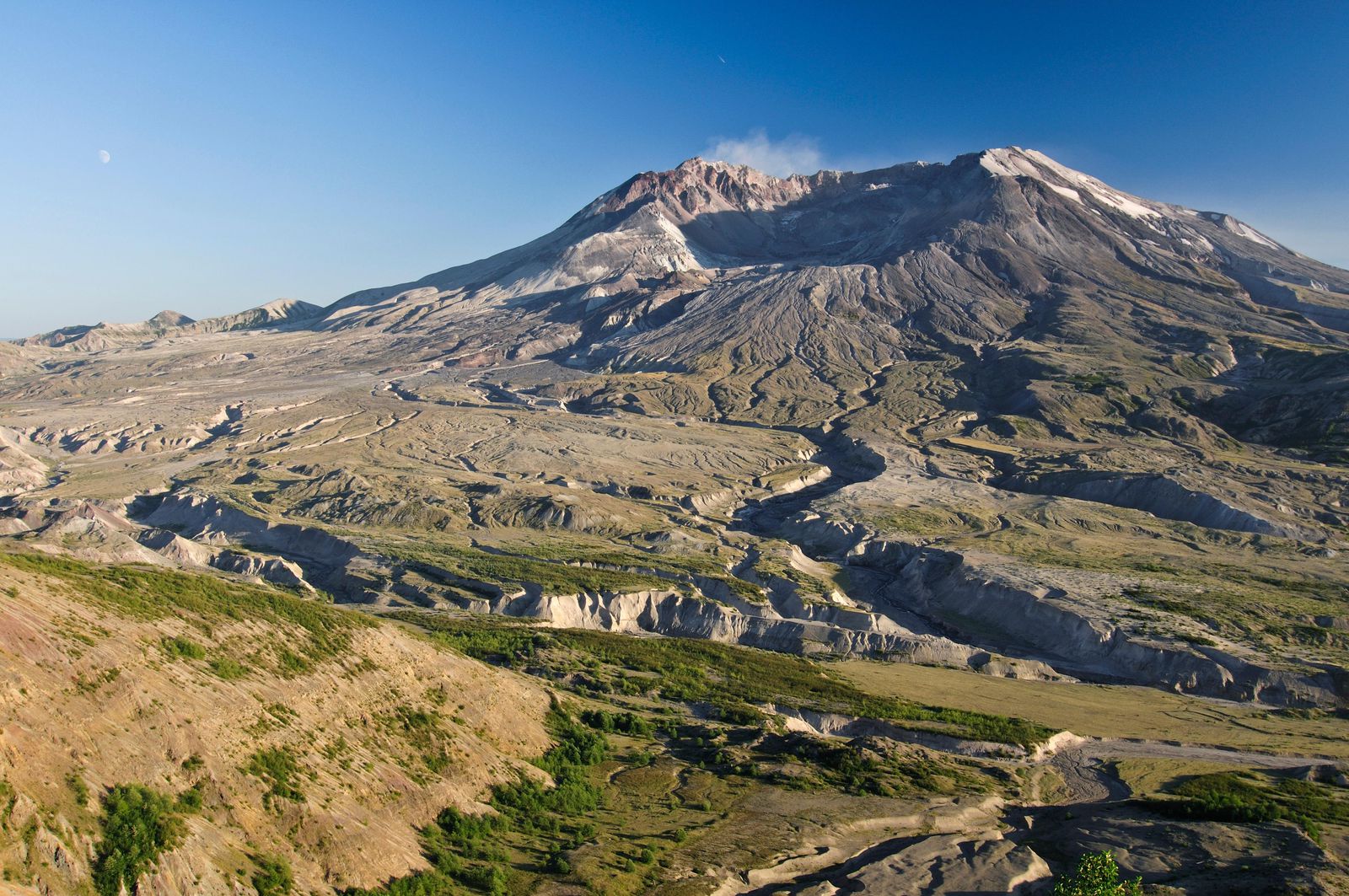 Seismic and Volcanic Activity Prior to the Eruption

Despite the fact that Mount St. Helens was inactive for 123 years, in March 1980, an explosion sequence that would be devastating, initiated.

Interestingly, a new seismograph network was established around the mountain on March 1, 1980, by scientists from the University of Washington. The seismographs captured several small seismic incidents the following days. On March 20, a shallow M 4.2 earthquake was recorded and its epicenter was detected at the north flank of the volcano. The tremblor indicated that an intense eruption was about to occur.

During the next period, the pressure was building up in the volcano and by March 25, small earthquakes would occur every 4 minutes on average. The first magma release was reported 2 days later sending ashes and steam into the air and creating a new, 75-meter wide crater. Scientists also noticed a new fracture network developed around the mountain and detected numerous rockslides.

Dixy Lee Ray the Governor of the U.S. state of Washington, stated: “This is the first real volcanic activity in the Cascade Range that can be studied with modern instruments, so I think everybody is terribly excited about what is going on.”

Earthquake and eruption activities went on in April. In particular, seismic shocks slightly increased with 5 and 8 earthquakes greater than M 4.0 occurring daily in April and until mid-May, respectively. However, on April 3, a harmonic seismic shock occurred, indicating that molten magma was rising up in the volcano (harmonic tremor is a continuous vibration of the ground caused by magma movement). The next day, Governor Ray declared a state of emergency in the region surrounding the volcano.

In terms of volcanic activity, one small explosion per hour was recorded through March, a rate that was reduced to one per day in the following month and until April 22. That day, eruptions completely stopped. During the last week of April, scientists from USGS were monitoring the north side of the mountain to find out that it has been displaced by 82 meters and that movement would continue until May 17 when the total displacement was about 140 meters. This fact proved that pressure was building up and a large explosion was imminent.

The Massive Landslide and Volcanic Eruption of May 18, 1980

On the morning of May 18, 1908, a M 5.1 earthquake struck at a depth of about 1,6 kilometers below the north flank of the volcano. The seismic shock triggered what is known as the largest landslide ever recorded. The landslide occurred approximately 20 seconds after the seismic shock causing the whole flank of the mountain to collapse.

A video recreating the course of the vast landslide can be found below.

According to the USGS, the total volume of the material removed was 2.79 cubic kilometers, an equivalent of 1,116,000 Olympic-size swimming pools. The total area of the slide was 59.57 square kilometers, its average depth was 45 meters while its maximum depth 180 meters. The debris flow velocity ranged between 112 km/h and 193km/h. Prior to the incident, the summit of Mount St. Helens was elevated at 2949 meters and it was reduced at 2549 meters, after the landsliding.

The landslide released the pressure above the magma inside the volcano and a massive eruption occurred seconds after.

Moreover, a subsequent vertical explosion sent volcanic ashes and gases 18 kilometers up into the air. Data collected the following period indicated that about 540 million tons of ash deriving from the eruption spread over 7 United States.

The heat from the blast melted the glacier and the snow in the mountain and the produced water was mixed with debris to form a type of mudflows also known as "lahars".

By the end of the day, the explosion had retroceded and was stopped the following day. The summit of Mount St. Helens had been completely removed and replaced by a fuzzy-shaped crater as shown in the picture above. 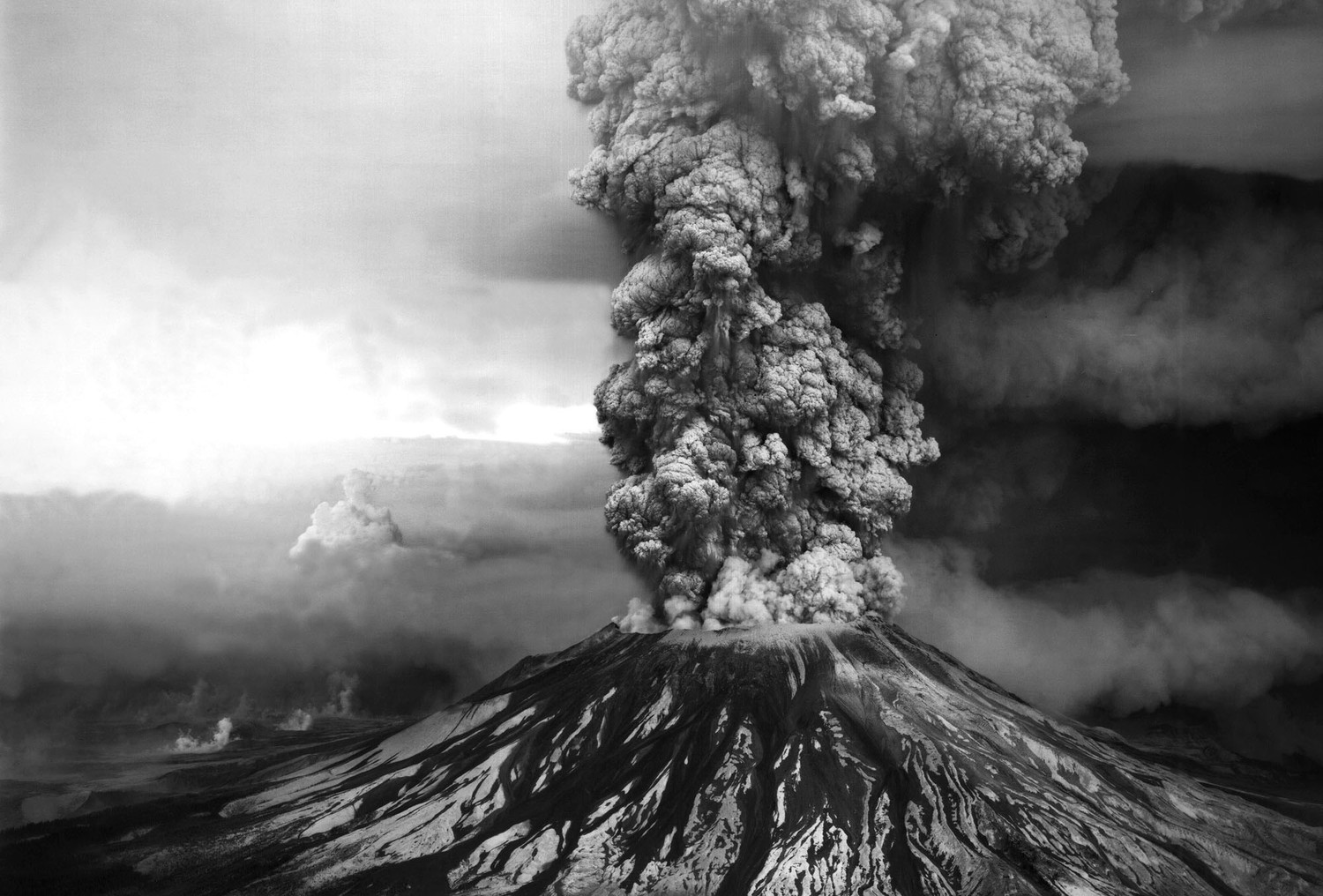 An ash plume at the summit of Mount St. Helens hours after its eruption began on May 18th,1980. Credits: USGS / Robert Krimmel

The Aftermath of the Eruption

An apparent outcome of the explosion is the annihilation of a vast natural area and its biodiversity. However, since 1995, flora and fauna have been re-established in the region and the rich lava grounds have enabled biodiversity to thrive.

Moreover, 57 people were reported dead. According to USGS, most of them probably died from asphyxiation after inhaling hot ash.

Regarding the damage in infrastructure, 27 bridges, 200 residences, 322 kilometers of roads and railways and sewage systems were devastated. Air traffic was halted for a long period due to poor visibility.

When it comes to the total financial cost of the eruption, making accurate estimates is challenging but, the economical destruction was determined at $2 to $3 billion. Those amounts included the financial loss deriving from the agriculture, wood and repairs.

In terms of scientific knowledge, the explosion provided a unique case study of understanding the complex dynamics of volcanoes. Exploiting the accumulated data improved the eruptive forecasts and aided at creating more accurate models. A paper, published in 2018, on the lessons learned by the explosion and remaining challenges can be found here.

Regarding the period following the massive explosion, further eruptive episodes with far less intensity were recorded. In October of that year, a new lava chamber was created after 17 new eruptions. From 1981 to 1986, there was a minor volcanic activity that frequently caused some mudflows to occur.

Since then, there have been some periods of increased seismicity and eruptive sequences but no large incidents. Between 1989 and 1991, a series of 30 seismic sequences, each lasting from minutes to hours, were recorded. The earthquakes were followed by small eruptions. Another explosion that occurred in 2004 marked a period of volcanic activity that eventually stopped in 2008.

Valuable insights for this article were provided by the USGS. 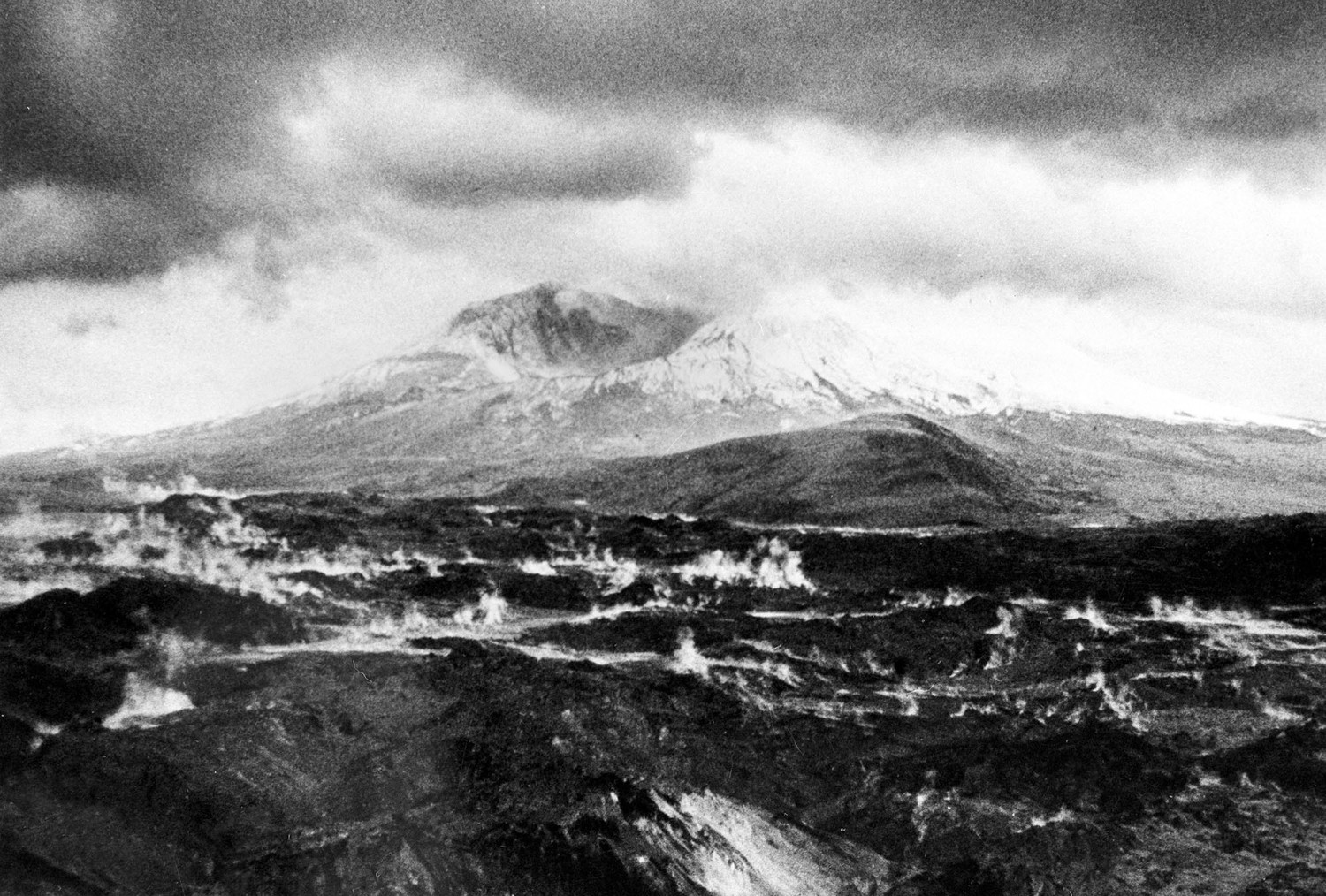 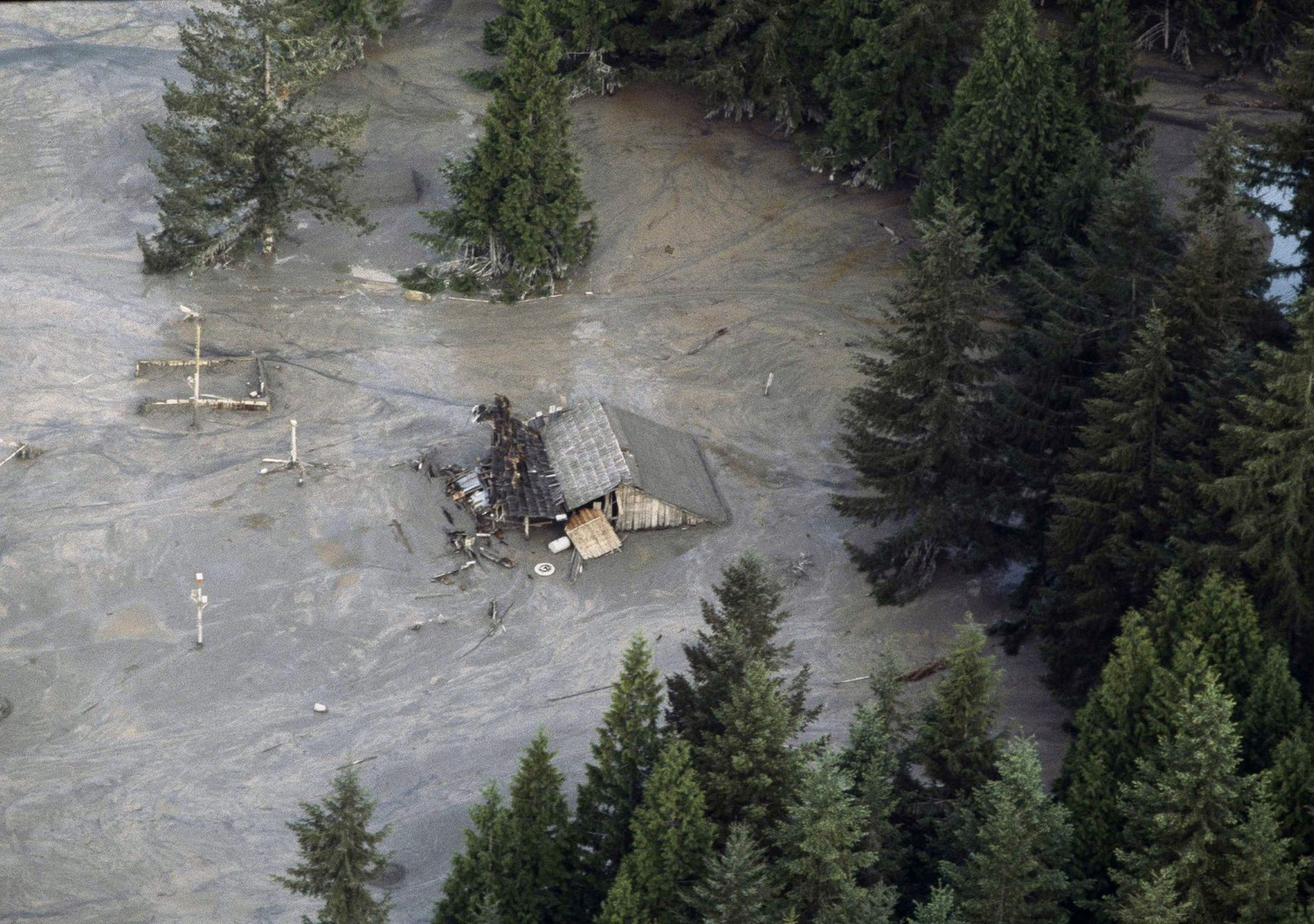 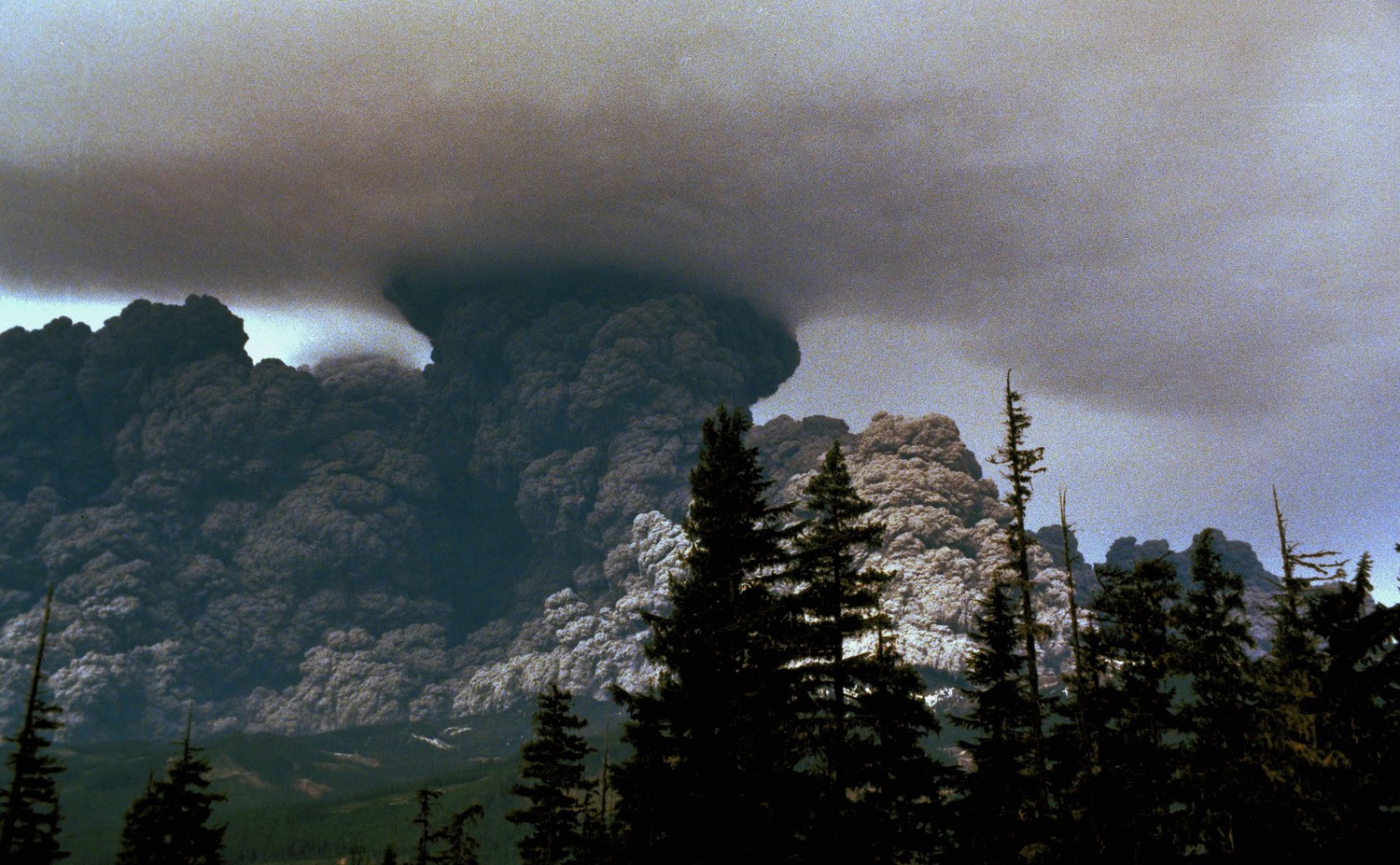 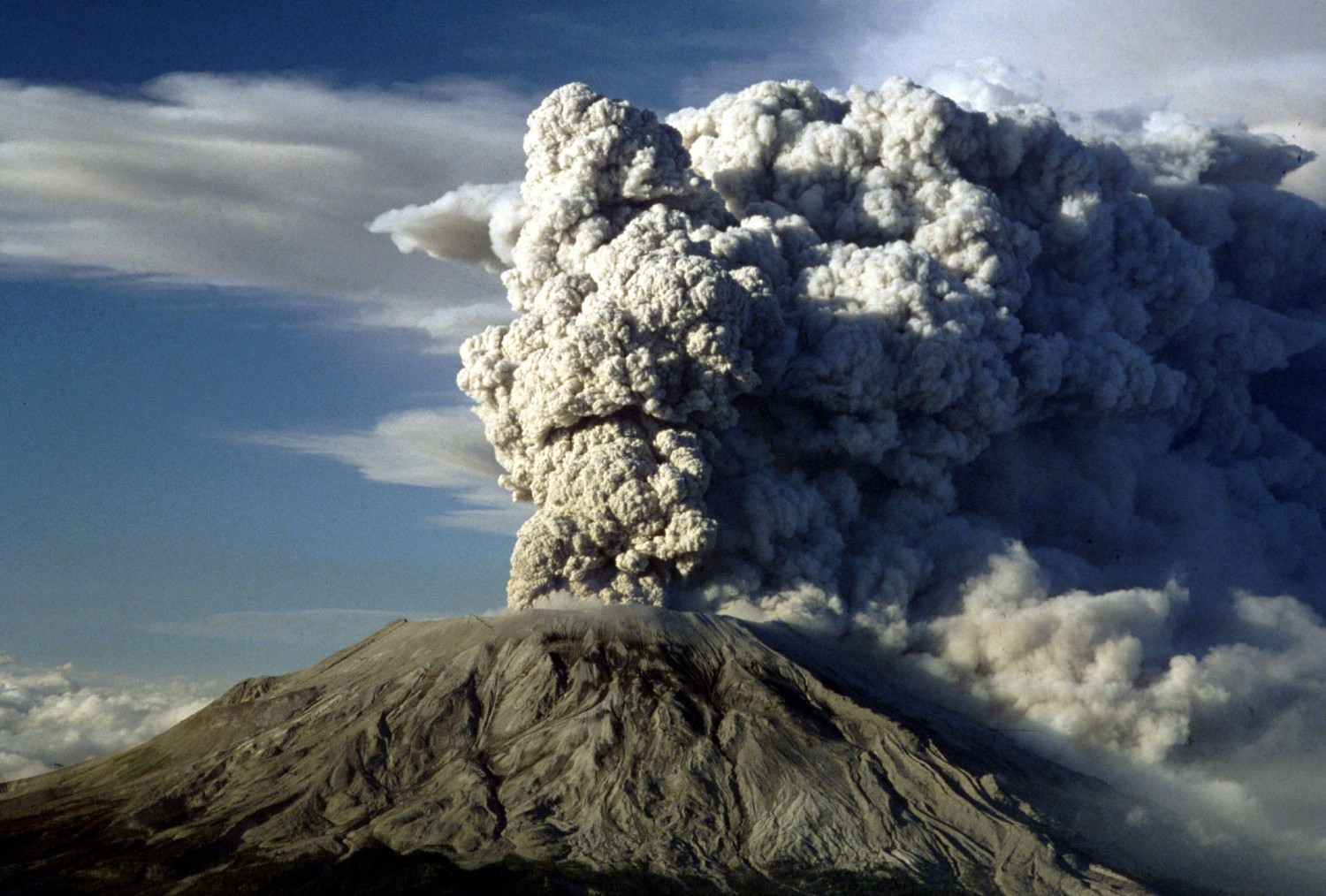 A spectacular volcanic eruption that sent lava and smoke more than 100 meters into the air occurred...

A volcano in Iceland erupted after a period of intense earthquakes which lasted for weeks. Iceland...

Watch a breath taking video of the results of a volcanic eruption in the area of Ubinas, Peru, showi...

Have a look at 2014's Top Geological Events!

At the beginning of the New Year, here are the top geological events for 2014, as reported by the We...

The Kilauea volcano, situated on the Big Island of Hawaii, erupted on December 20, 2020. Kilauea is...