The research team from the University of South Florida in the U.S., the University of Geneva in Switzerland and the University of Auckland in New Zealand recently published its findings in Nature's  Communications Earth and Environment Journal. The research focuses on an eruption that occurred about 2500 years ago in Pululahua, a volcano located about 80 kilometers north of Quito, the capital city of Ecuador.

The reconstruction of past volcanic eruptions is critical to understand the nature of the volcanic activity and establish prediction models to anticipate future events. The model developed is based on a certain concept regarding volcanic eruptions. Volcanic explosions form ash clouds into the atmosphere that resemble the shape of an umbrella. The plumes of ash fall into the earth and settle around a large area.

The existing models do not account for the umbrella geometry that ash clouds form and mostly assume vertical plumes. However, especially for large explosions, this assumption is not valid. “If in modern times the umbrella clouds of large eruptions are easily observed, we now have the ability to estimate the umbrella clouds of past eruptions,” Robert Constantinescu, lead author of the study and a Ph.D. candidate at the University of South Florida, stated.

Nowadays, the existing technological means allow scientists to observe and quantify the umbrella ash clouds from volcanic eruptions. Nevertheless, there are no such data regarding past explosions. Scientists conducted field investigations coupled with numerical models and statistical interpretation to classify eruptions on the Volcanic Explosivity Index (VEI). VEI is an index developed by Chris Newhall of the United States Geological Survey (USGS) and measures the relative explosiveness of an eruption. The in-situ investigation is usually challenging since erosion makes it difficult to identify the eruption deposits.

The team assessed the deposits created by the eruption of Pululahua volcano and estimated the dimensions of the umbrella and other characteristics to reconstruct past explosions. In particular, the team calculated the erupted mass (about 1.5-5*108 tons), the volume (0.15–0.5 km3, assuming a deposit density of 1000 kg/m3) and the column height (20-30km) of the Pululahua volcano's eruption using the deposit data and proved that an umbrella radius is a better tool to model large eruptions.

The findings of the study suggest that the size of the volcanic eruption can be quantified using the volume and the umbrella radius (instead of column height) which can be derived for past explosions using the deposit data and numerical modeling. For present and future events, the eruptions can be directly reconstructed using satellite imagery. 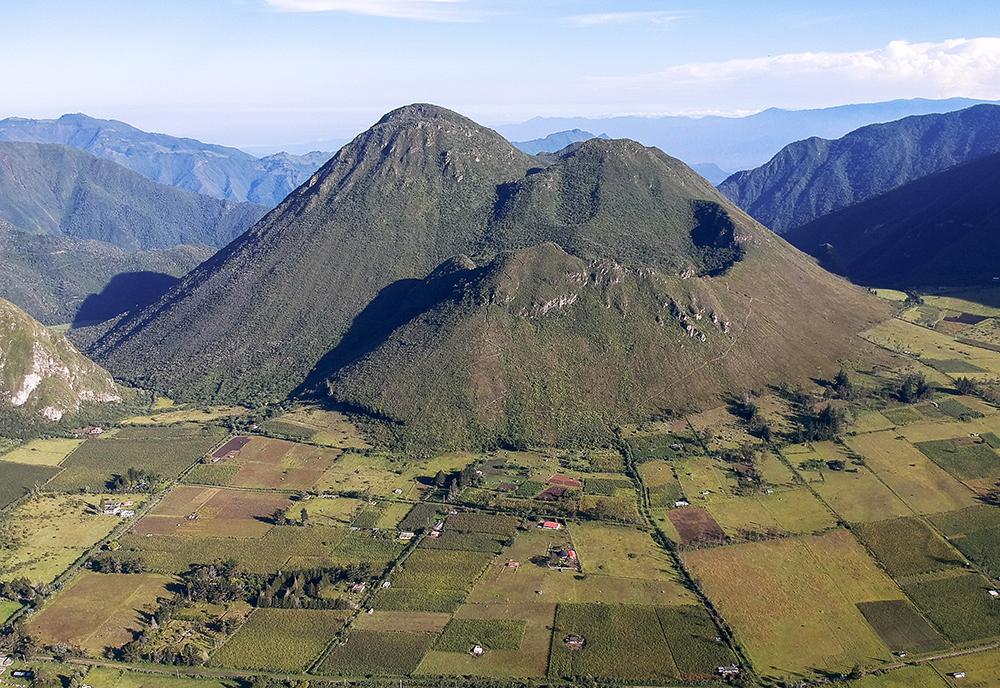 Watch a breath taking video of the results of a volcanic eruption in the area of Ubinas, Peru, showi...

In 1980, the explosion of Mount St. Helens in the state of Washington, United States, triggered the...

Bogoslof island has tripled in size after volcano’s continuing eruptions

Bogoslof volcano is in an active eruption sequence since December 12, 2016. The series of short-dura...

According to new data, volcanoes are responsible for the biggest mass extinction on Earth. The "Gr...

Scientists have shed light on the existence of so many volcanoes across a belt in Australia. The ea...