A volcano in Iceland erupted after a period of intense earthquakes which lasted for weeks.

Iceland lies on the mid-Atlantic plate boundary where the Eurasian and the North American plates meet. The two plates divert from each other and thus, volcanoes emerge.

According to a study from the University of Iceland's Volcanology and Natural Hazard Group, the communities of Iceland are not endangered by the potential lava flows that may occur due to volcanic events. Nevertheless, certain roadways and subsequent infrastructure can be impacted.

Iceland has experienced more than 50,000 seismic shocks since early March 2021. The earthquakes were mostly moderate with the largest being M 5.7. The shocks have not caused extensive infrastructure damage but, certain ground failures (rockfalls and landslides) were reported.

The intense seismic activity was strange for locals who stated that it is very unusual to "feel the Earth shake 24 hours a day for a whole week". The eruptions in southwestern Iceland are mostly associated with molten basalt rock flows.

Scientists found out that the temblors were caused by magma that was moving to the surface of the ground therefore, they presumed that a volcanic eruption or the creation of lava fountains was imminent. However, whether or when magma would emerge remained unknown to scientists and officials. What is interesting is that the volcanic activity on the island includes periods of persistent activity that may last for a century. If this is the case, Iceland could be entering a period in which multiple eruptions may occur.

The volcanic eruption eventually occurred on Friday, March 19, 2021, at Fagradalsfjall volcano situated about 32 kilometers away from Reykjavik, the capital of Iceland. The explosion was moderate with lava emerging from the crater of the volcano. Currently, the fissure is about 500 meters and the area that magma covers is approximately 1 km2.  A stunning video retrieved via a helicopter mission shows the fissure and the lava flow from the explosion (see Media section below).

Fortunately, no injuries have been reported while the ash spread was minor so the operation of airports was not interrupted. Nevertheless, officials from Iceland's Department of Civil Protection and Emergency Management warned people to keep their windows closed so that volcanic gas impact can be avoided.

A massive volcanic eruption struck Iceland in 2010. The explosion occurred at the Eyjafjallajökul volcano and sent great amounts of volcanic ash into the air creating significant aviation issues for a large part of Europe that lasted for about one month. A year later, Grimsvotn, the country's most active volcano erupted creating similar problems to air travel in Europe. 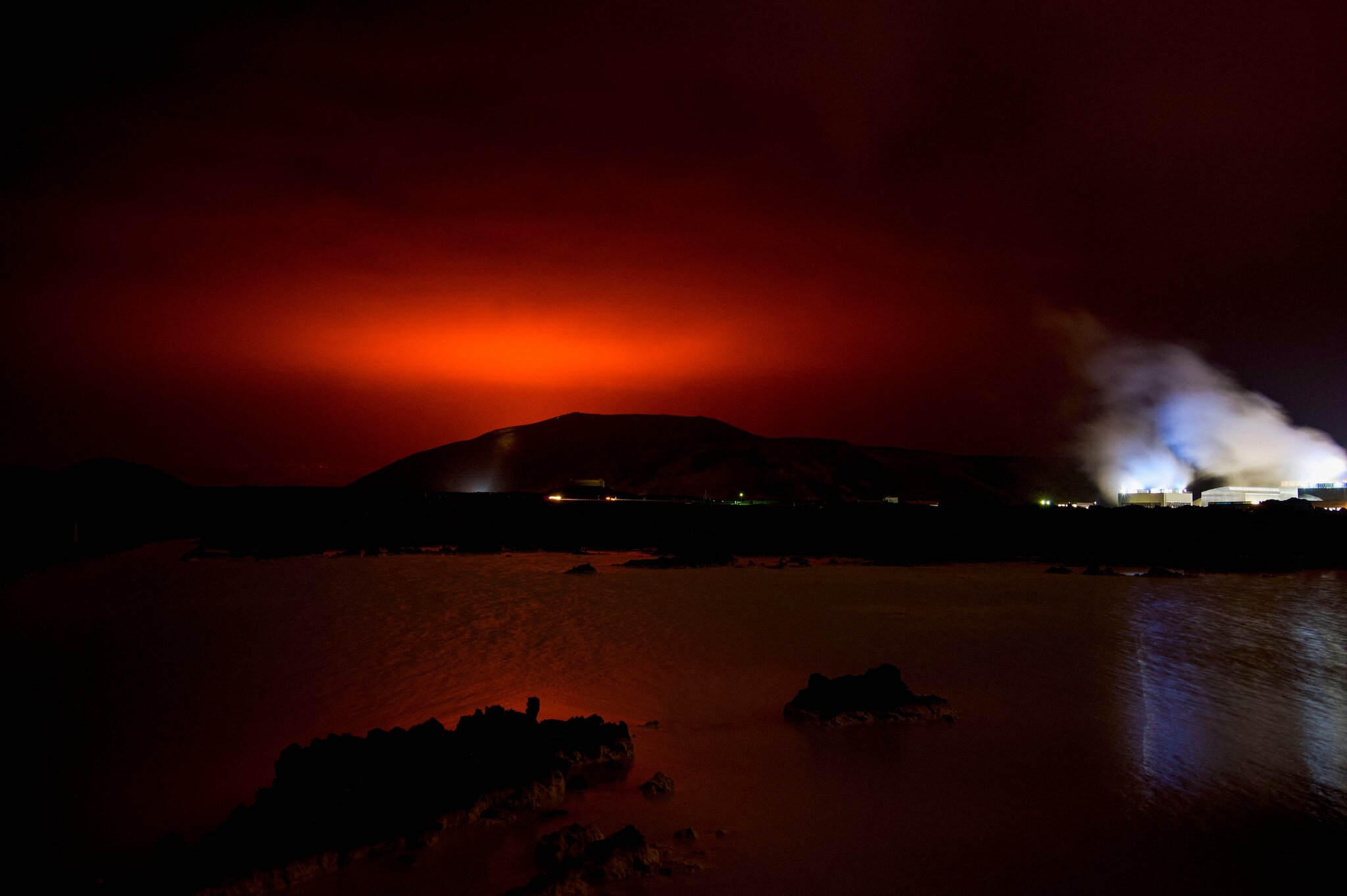 Lava flows out as Iceland volcano erupts near Reykjavik
AFP