A volcanic eruption on La Palma, an island of the Canary Islands, Spain, has caused significant infrastructure damage and triggered massive evacuations.

La Palma is one of the smallest islands in the Spanish archipelago accommodating around 80,000 people. The Cumbre Vieja, an active volcano that shapes the La Palma covering about 2/3 of the island, erupted on September 19, 2021, sending large volumes of lava downwards and plumes of ash into the air. The lava flows have impacted infrastructure and forced the evacuation of about 6,000 people including 400 tourists. The local government is focused on providing help to the people affected including a resettlement plan. Fortunately, no casualties have been reported yet.

The volcanic eruption was preceded by a series of small earthquakes (about 25,000) that initiated on September 11. Over the days, the seismic activity progressed to the surface of the ground indicating that an eruption is imminent. The largest recorded seismic shock occurred on the day of the explosion and measured M 4.2. The eruptive episode will persist for days. As of September 24, numerous flights have been canceled as volcanic ashes reduce visibility.

Lava has passed by the villages of El Paraiso and Todoque and headed towards the sea at a velocity of 4-5 meters per hour. The progress is persistent and the lava accumulates in new areas day by day, currently covering an area of around 166 hectares. As the lava accumulates, it also gets thicker. In certain locations, it has reached a height of 15 meters.

According to Copernicus EMS, a European Union service that provides on-demand detailed information for certain emergency situations, 400 structures and 14 kilometers of roadways have been destroyed. Fortunately, a small house in El Paraíso remained intact as lava flows devastated the surrounding environment (see image 3 below). Their owners were surprised and emotionally touched to find out that their property was not affected. Social media call it the "miracle house".

Experts make mention of significant ramifications if the lava reaches the Atlantic Ocean. In particular, scientists warn that chemical reactions would result in the formation of toxic gases that should not be inhaled by people. "It (the reaction) creates a steam of hydrochloric acid, water vapor and bits of ash. Obviously, it's not good to breathe in," Dr. R.G. Andrews, a science journalist and volcanologist, stated. According to certain reports, lava could reach the sea by September 28.

The Canary Islands Volcano Institute suggested that the eruptive episode could last between 2 to 12 weeks with its intensity being progressively abated. The last observed eruption on La Palma occurred in 1971. That episode lasted for more than 3 weeks. 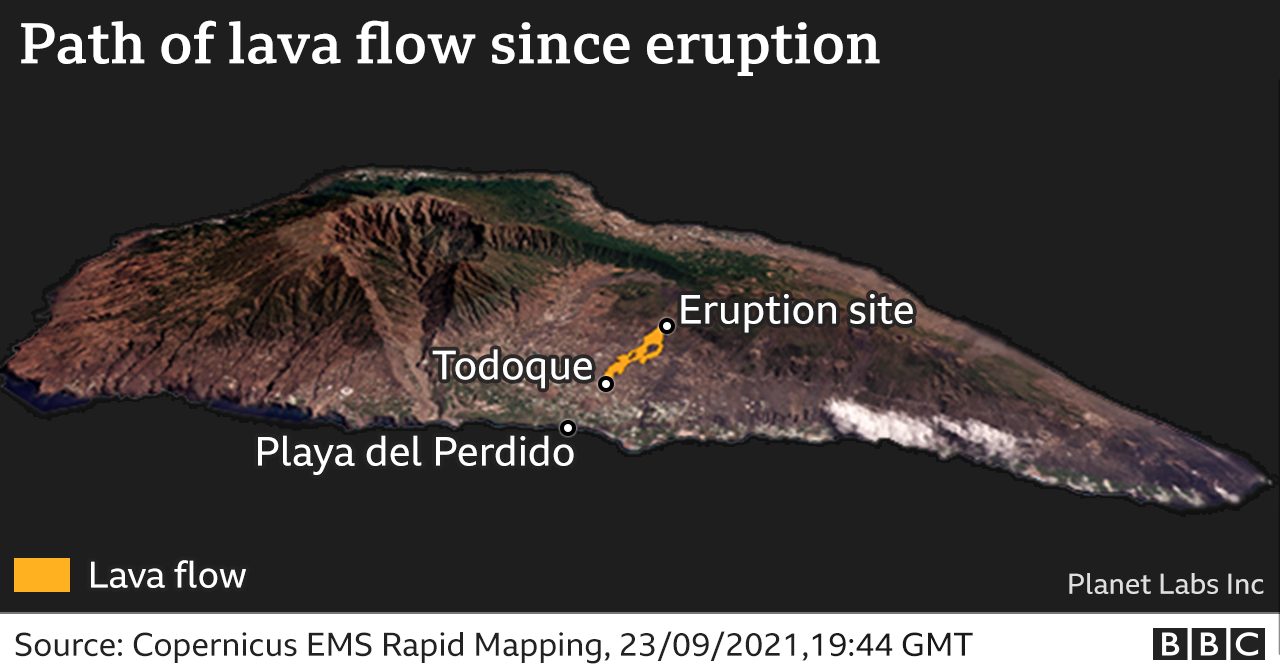 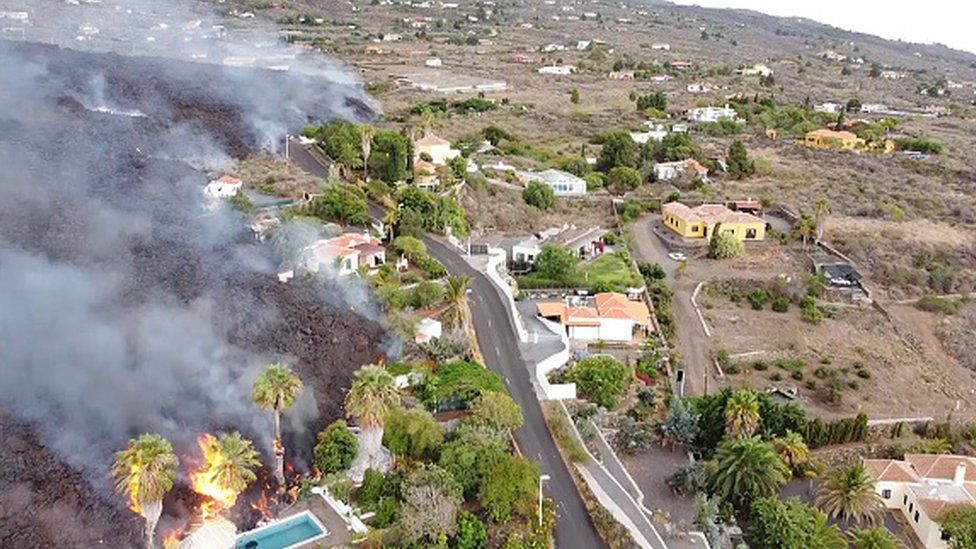 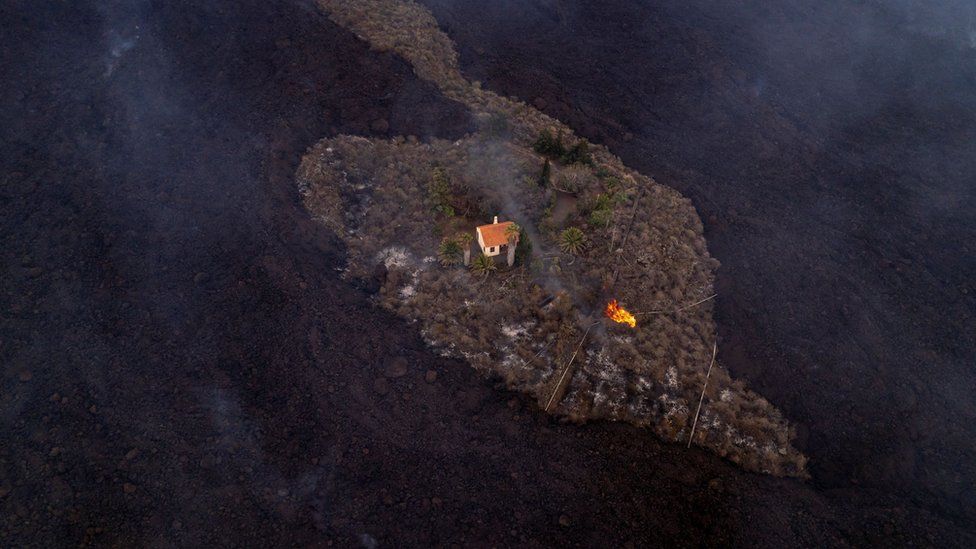 Lava erupts from a volcano on La Palma
Guardian