The 20km long Blix tunnel is the longest railway tunnel in Scandinavia and the first Norwegian railway tunnel with two separate tunnel tubes. It has been completed by joint venture Acciona Ghella (AGJV) which will now hand it over to the Norwegian national rail administration.

The tunnel forms part of the new Follo Line, a 22.5km high speed railway under construction between Oslo and Ski, Norway. The line, the majority of which is in the tunnel, will halve the journey time between Oslo and Ski, and better connect the south-east periphery of Oslo. It will relieve the travel time between Ski and Oslo from 22 to 11 minutes. Furthermore, it will be a core part of the Intercity rail-network south of Oslo towards the border of Sweden.

The excavation of the tunnel was completed in February 2019. This followed the project’s first double breakthrough in September 2018 when two TBMs heading northbound towards Oslo completed their drives.

The TBMs made it possible to build two separate tunnel tubes excavating from four separate points - both of which have an excavation diameter of 9.9m and a length of 19.5km. The TBMs were developed for this specific project in collaboration between Acciona and Ghella.

AGJV will now hand the tunnel over to project client Bane NOR – the government agency that is responsible for maintaining and operating the Norwegian rail network.

The takeover marks the end of the work, which has been going on for seven years. The tunnel could be open to traffic as early as December 2022, with the final delivery of the project expected to be February 2023.

AGJV has worked to reduce CO2 emissions on the project by adopting new technology and working with local partners. By doing so it has cut over 27,000t of CO2 emissions across the tunnel construction. 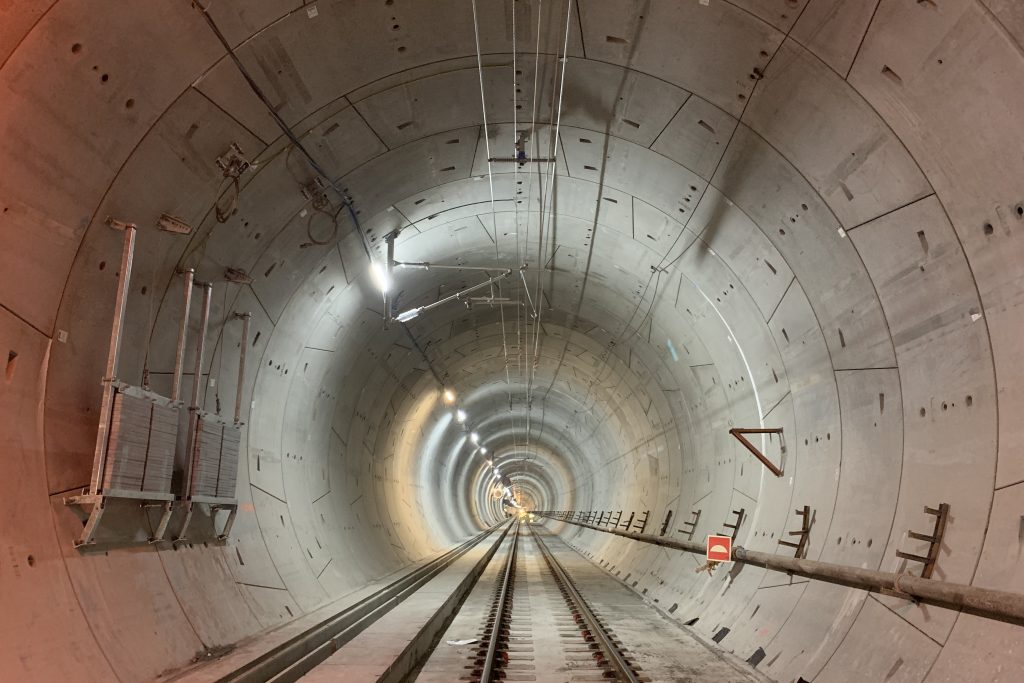 New Tunnels for High-Speed Rail under Oslo: The Follo Line

Norway plans for a pioneering construction project that will facilitate ship transportation. The pl...

The main tunnel of T-49, which is the longest tunnel of Indian Railways, between Sumber and Arpinch...