The United Kingdom has been devastated by Storm Christoph that has caused destruction including landslides and infrastructure damage.

Storm Christoph hit the United Kingdom by January 18, 2020. It triggered heavy rainfalls and snowfalls (especially in Northern England) that resulted in intense flooding.

More than 2000 residences were evacuated in many regions including Northenden, a suburb of Manchester city, Merseyside and North Wales while 100 more also moved from Skewen, a small village in Neath Port Talbot, Wales, due to flooding issues associated with mine operations. In addition, some people in Northwich were evacuated via a boat mission and moved to hotels after the town's center was submerged under water. 21 more citizens were saved by a boat in Warrington where many roads were inundated and remained closed.

Numerous houses were at risk of flooding in south Manchester after fears of River's Mersey overflow emerged on January 21, 2020. However, the flood safety measures withstood the challenge and the buildings remained safe. “We’ve put £60m ($82.1m) into the Greater Manchester area’s flood defenses and there’s another £20m ($27.4m) on the way,” Boris Johnson, the Prime Minister of the UK, stated.

Floods and landslides have caused roadway failures in a large proportion of the UK's road network. Authorities warned people to be careful and to avoid unnecessary transportations.

The storm triggered a landslide near a historic church located in Lancashire, West England. Footage from the scene suggests that the failure is a rotational rainfall-induced mudslide. The slide swept away trees and, according to locals, the ground is still very unstable. Some stone stairs located on the crown of the landslide have been moved downwards but, fortunately, the church has not been impacted.

Another ground failure associated with riverbank erosion was reported in Slaithwaite, West Yorkshire. The torrential rains eroded the banks of River Colne to the point where a building currently lies very close to one side. The weight of the structure is impacting the river slope and a landslide may be triggered in the near future, hence, authorities rushed to evacuate the house. Fortunately, no one was found as the building is probably unoccupied, however, residents from a nearby facility were evacuated. Officials reported that the ground still remains stable and no further displacements were recorded after the intense rainfall period ended.

A small bridge, spanning over River Clwyd, completely collapsed in Denbigh, Wales, after continuous rainfalls persisted for days. The iconic bridge was constructed in the 1800s and used to be of historic importance for local residents. The traffic has been diverted via other routes for travelers that utilized the road connected by the bridge. 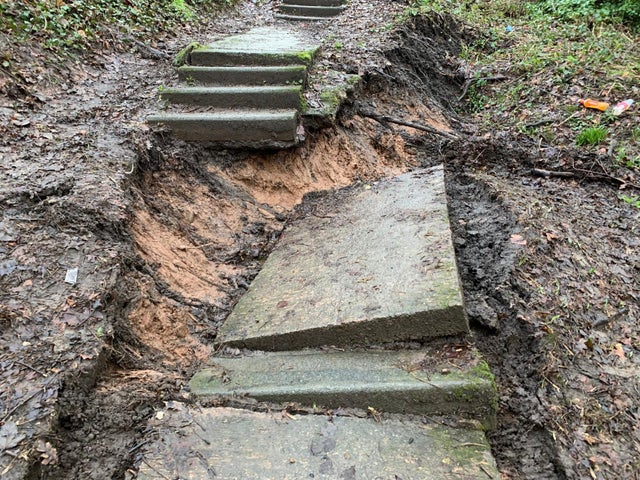 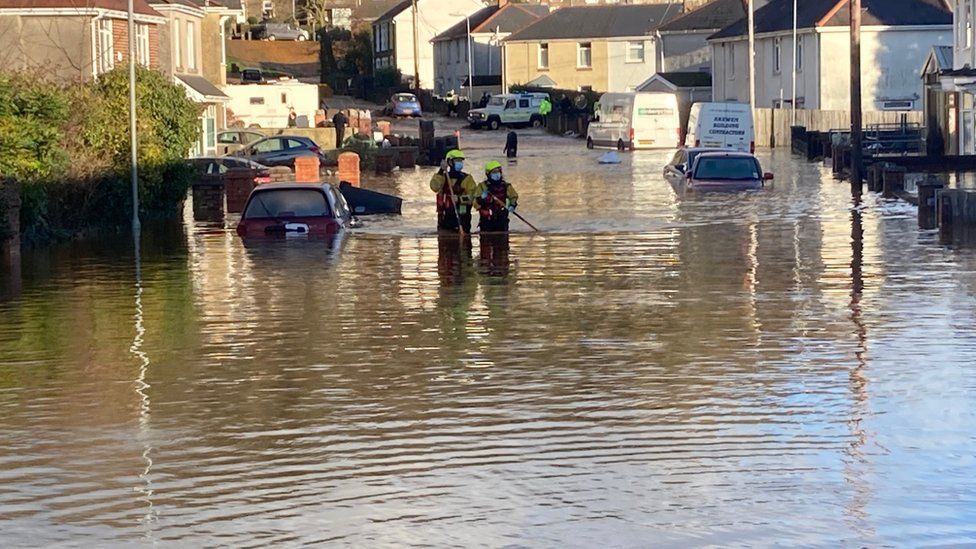 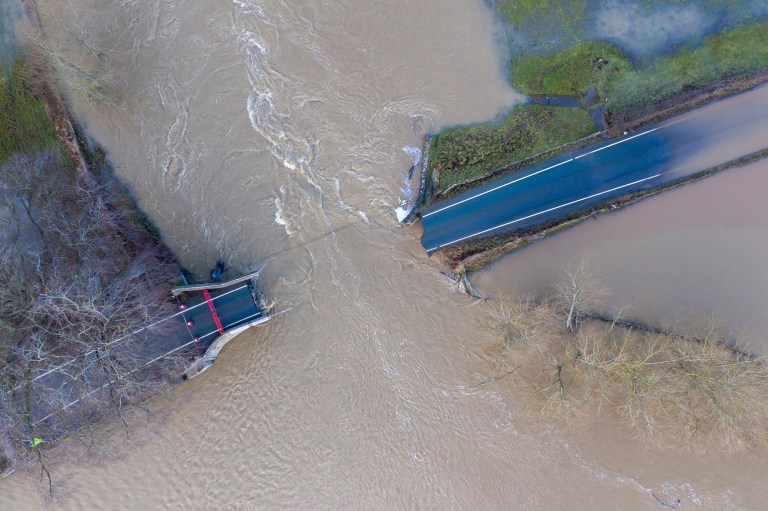