Two people have been reported dead and about 20 missing after a mudslide struck in the city of Atami, central Japan.

Atami is a coastal city located in the Japanese Shizuoka Prefecture about 100 kilometers from Tokyo. The mudslide struck on July 3, 2021, at around 10:30 a.m. local time. It initiated from a slope nearby an inhabited area and swept away more than 130 structures. According to Japan's Fire and Disaster Management Agency (FDMA), about 80 homes have been buried under the debris.

Officials launched a rescue operation in search of people trapped that included about 1,000 rescuers from the police, the fire department service and military personnel. Recent updates make mention of about 380 people evacuated who are currently accommodated in 10 centers that opened in Atami. The ground failure caused additional issues with numerous vehicles and roads destroyed. Moreover, more than 2800 houses were left without power for almost a day. A stunning video of the landslide impacting infrastructure can be found below.

The mudslide was caused by heavy rainfalls that recently struck the region. Intense precipitation leads to an increase of pore-water pressure within the ground or loss of suction with both effects resulting in the reduction of the soil's shear resistance and failure. Japan is currently under its annual rain period that frequently leads to floods and landslides. However, scientists suggest that climate change has altered the phenomenon and torrential rainfalls are far more intense than anticipated. Other factors that enable the landslide phenomena are associated with the mountainous terrain of the country and the weak soils that many regions have.

Atami received huge amounts of rain (313mm) during a 48-hour period that preceded the landslide when the average precipitation that the region receives in July is 242.5mm. "The rainy season is going to last for another week or 10 days. Because of global warming, we're probably getting more rainfall now than we normally do," Robert Geller, Professor Emeritus of the University of Tokyo, stated.

Authorities warned that torrential rainfalls would persist in various parts of Japan and could lead to further landslides. People are advised to study the local hazard maps and avoid regions prone to such phenomena. Some areas in Tokyo as well as in Shizuoka and Aichi prefectures have been already evacuated as a precautionary measure.

Landslides and floods have consistently caused severe issues to the Japanese population and economy. This is a phenomenon both associated with the environmental conditions of the country and the fact that about 75% of its assets are located in vulnerable areas.

In 2018, more than 200 people were reported dead after torrential rains triggered a series of landslides and floods concentrated in central and southwestern Japan. The disaster caused more than 8 million people to evacuate their houses. 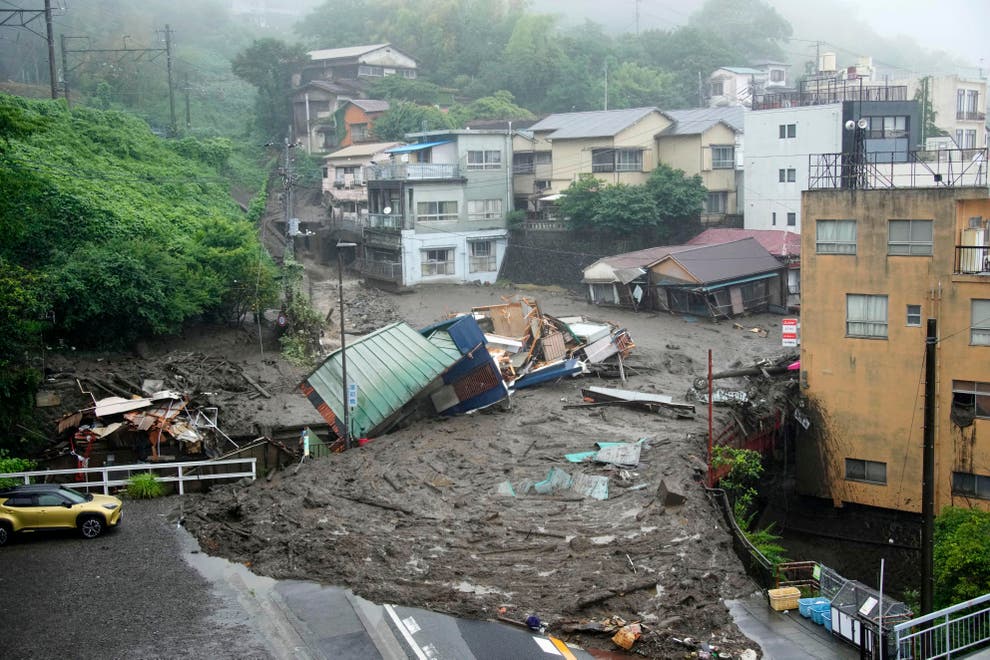 2 people were reported dead and 847,000 more were evacuated after heavy rainfalls triggered floods...

More than 1 million people are advised to evacuate their residences in Japanese southwestern Kyushu...

The torrential rains in Japan have caused flooding and landslides that have forced more than 100,000...