Nearly 2,000 people have been reported dead after a M 7.2 earthquake hit Haiti.

The seismic shock struck on Saturday, August 14, 2021, at 8:30 a.m. local time. Its epicenter was located in the southwestern part of Haiti, about 12 kilometers away from Saint-Louis-du-Sud commune with its epicentral depth being relatively low (10 kilometers).

According to recent information, more than 13,600 buildings have been completely destroyed and the same number applies to structures that have been damaged. Buildings of high significance (e.g., hospitals) have been impacted while the transport network has deteriorated as a result of multiple blocked roads. At least 1,941 people have died with about 10,000 more being injured and in need of hospitalization.

According to the United States Geological Survey (USGS), the focal mechanism solutions indicate that the earthquake occurred on a reverse fault with a left-lateral strike-slip component. The fault belongs to the Enriquillo–Plantain Garden fault zone (EPGFZ), one of the primary plate-bounding fault systems in Haiti that accommodates about 7 millimeters of the total annual convergence (20 millimeters) between North America and the Caribbean tectonic plates. The EPGFZ has generated powerful, historical earthquakes during the 18th and 19th centuries and is the most probable source of the devastating M 7.0 temblor that hit Port-au-Prince, the capital city of Haiti, in 2010. That shock resulted in around 250,000 deaths, 300,000 people injuries, unprecedented infrastructure damage and affected nearly 3 million people. It is considered one of the most impactful natural disasters in human history. Fortunately, the current earthquake was less damaging than the one in 2010.

Rescue operations were launched after the incident in search of people trapped under buildings' rubble. Nonetheless, the efforts were impeded due to extensive damage in the main road network of the country. Some people who had to evacuate their properties were offered food, water and temporary shelters. However, the UN mentioned that about 500,000 children have limited or no access to the aforementioned benefits. Moreover, most of the hospital facilities were soon overwhelmed with some having to send people back. A worker in Les Cayes, a commune and seaport in Haiti near the epicenter of the quake, stated that the infrastructure damage is vast with multiple facilities being affected (e.g., schools, supermarkets, hotels).  “What happened was really painful. The city is really panicked. Last night lots of people slept on the streets, almost like we saw in Port-au-Prince on 12 January 2010,” he said.

Unfortunately, the disastrous situation further deteriorated after tropical storm Grace hit the southern part of Haiti. The survivors of the quake that were accommodated in the temporary shelters had to tackle extensive flooding and rainfall-induced landslides. Some parts of the country received about 50 millimeters of rain in just an hour. As the aftershock sequence of the major earthquake has not come to an end, experts are worried about people returning to vulnerable facilities. “I’m very concerned that people are going to be driven into structures because of the storm. So there’s going to be more vulnerability as people reoccupy damaged structures during aftershocks,” Nicholas van der Elst, a seismologist with the USGS, stated. 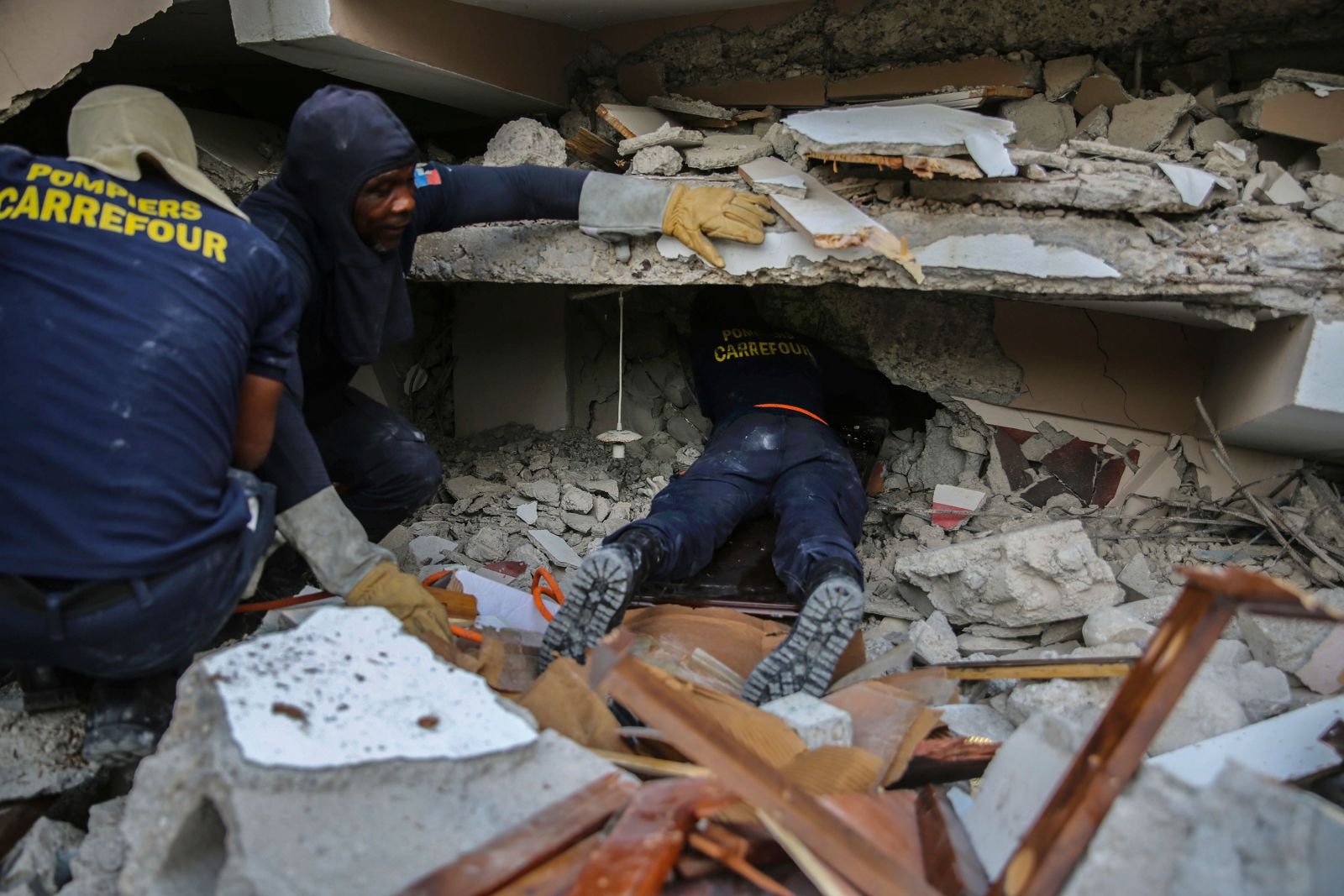 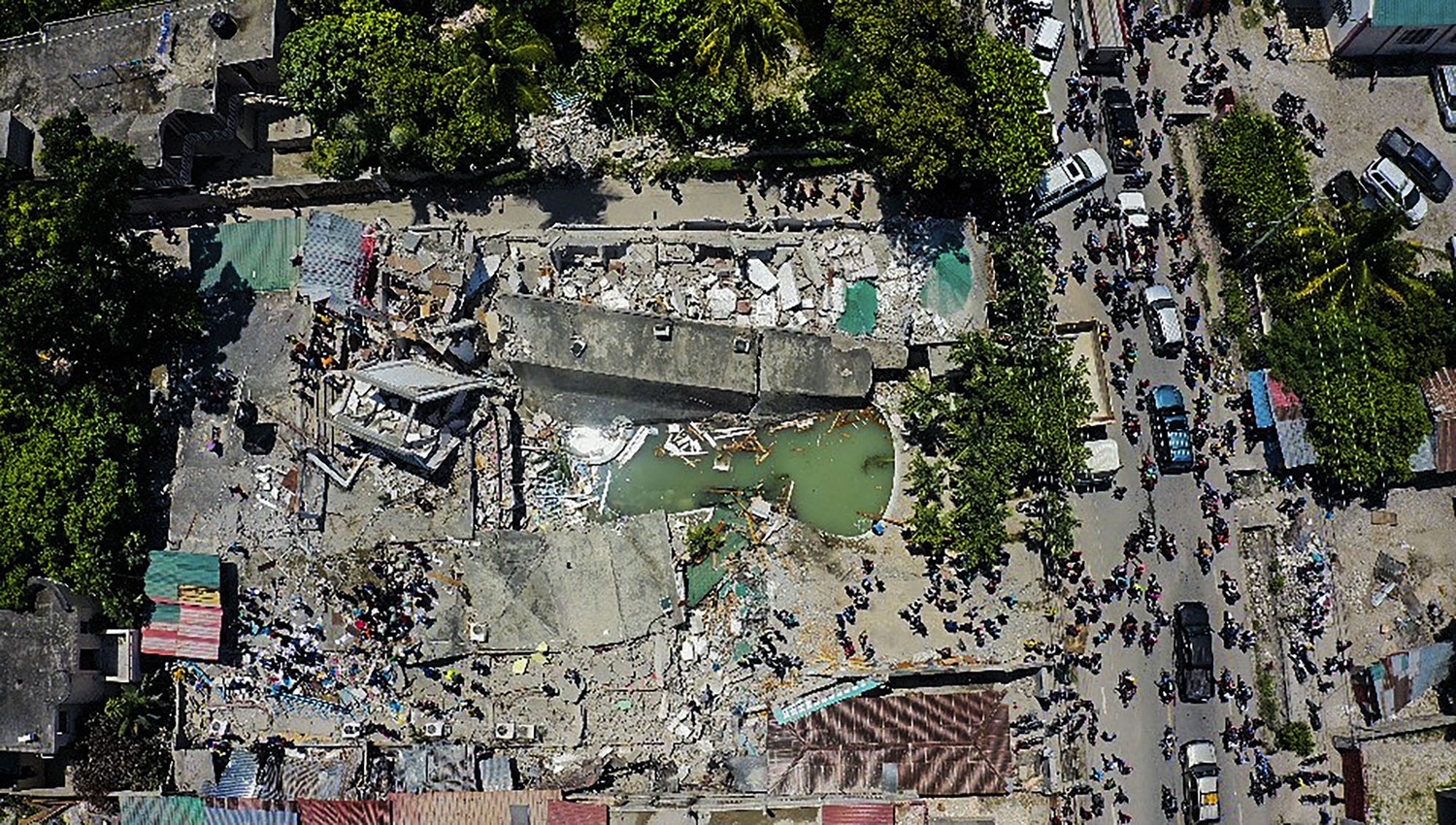 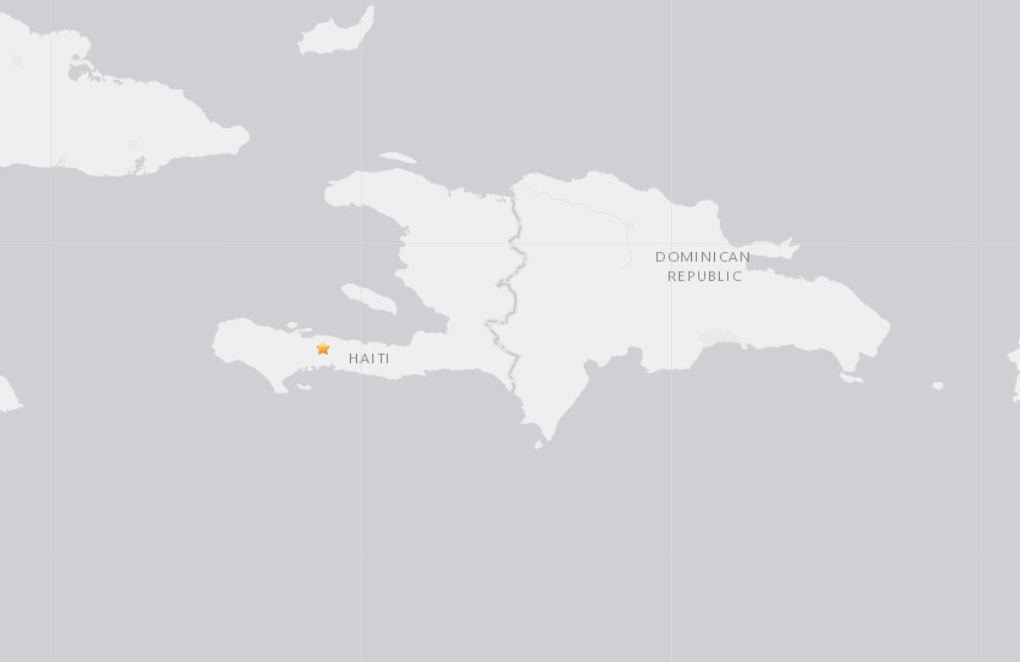