The seismic shock hit at around 10:30 am local time on July 23, 2020. The epicenter of the quake was located east of Santa María Huatulco, a town in the state of Oaxaca, Mexico, known to be a tourist destination.

According to the United States Geological Survey (USGS), the tremblor occurred on a shallow thrust fault near or on the plate boundary of the North American and the Cocos plates. The Cocos Plate subducts beneath the North American Plate at a rate of 6 centimeters per year.

USGS stated that the shock was widely felt as about 2 million people reported moderate or strong shaking and 49 million weak or light shaking. However, the impact of the tremblor could have been much worse. “This has the potential to be a deadly earthquake and cause significant damage. This area is capable of and has had larger earthquakes in the past,” Paul Earle, a seismologist at USGS, said.

The earthquake caused some infrastructure damage and at least 5 casualties. Two persons died after building collapses in Santa María Huatulco and in the village of San Juan Ozolotepec, respectively. Moreover, several people were injured after minor structural failures (broken windows or partially collapsed walls). Subsequent failures including intense cracking in some houses, but the total impact of the event is considered minor given the magnitude of the shock.

The quake affected Mexico City which is more than 640 kilometers away from its epicenter. An early warning system operated efficiently and alerted people to evacuate their residences. In total, 30 buildings suffered some structural damage and 2 people were injured.

There were no reports of landslides, however, some rockfalls were triggered and blocked parts of mountainous roads.

People evacuated their residences and gathered in the streets in many cities as a safety precaution after the shock. However, being in a state of panic, they did not use masks or comply with social distancing rules established for the avoidance of spreading the COVID-19. In hospitals that accommodate coronavirus victims, stuff and patients could not evacuate the buildings and remained inside. Many of them panicked while nurses managed to tackle the situation. According to the Center for Systems Science and Engineering (CSSE) at Johns Hopkins University (JHU), Mexico has had more than 196,000 confirmed coronavirus cases since the beginning of the pandemic.

More than 400 aftershocks were recorded after the major shock. Two of them were registered M 4.2 and M 5.2. 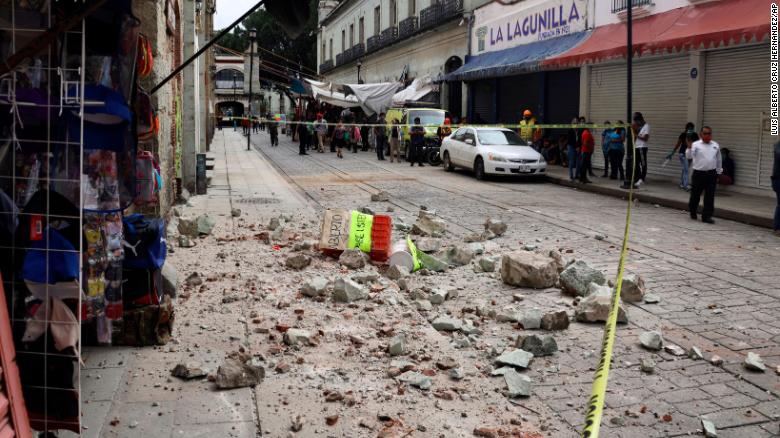 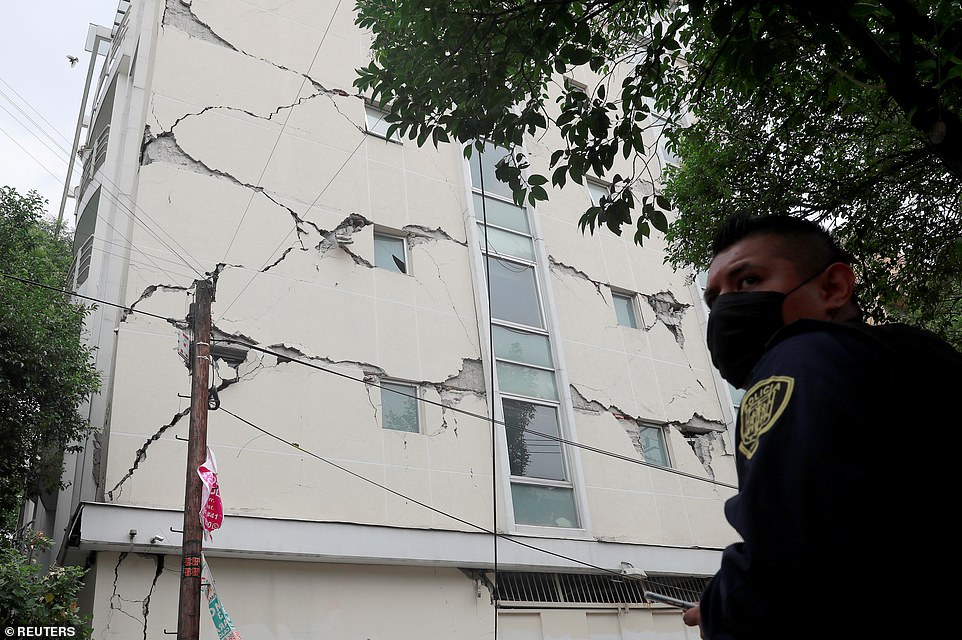 People run on to streets as Mexico hit by 7.5-magnitude earthquake
Guardian