At least 3 people have died after a M6.0 struck southwestern China.

The seismic shock occurred on September 15, 2021, in the Sichuan Province. The epicenter of the quake was located about 200 km southeast of Chengdu, the capital city of Sichuan. The earthquake was relatively shallow with its epicentral distance situated at a depth of 10 kilometers. According to the USGS, the magnitude of the earthquake was smaller than Chinese officials claim (M 5.4 instead of M 6.0).

Reports make mention of many towns in the vicinity of the quake that have been affected. Apart from those reported dead, at least 60 people more have been injured. Moreover, the infrastructure damage is devastating as more than 2,000 buildings have collapsed and about 3,000 have been severely impacted. Power outages in many regions were also reported. Locals mentioned that the shaking was indeed intense, a fact that can be associated with the shallowness of the seismic shock. "I woke up to the tremor and saw the chandelier in my room swinging dramatically and the writing desk was shaking. It's been a long time since an earthquake of this magnitude has occurred," one resident stated.

The city of Luzhoy which has a total population of around 5 million people was one of the most affected regions. Rescue operations including military support were launched to aid the victims of the structural failures by providing supplies, equipment and shelters. Those who had to evacuate their residences were accommodated in a nearby community. Similar efforts were launched in all the affected communities but, in certain cases, they were halted by heavy rainfalls that struck the region after the temblor.

Southwestern China is frequently impacted by earthquakes as the region is tectonically active. A number of large seismic shocks have occurred along the Longmenshan Fault, a thrust fault stretching along the Longmen Mountains in Sichuan province. The fault's movement has resulted in the uplifts of the mountains relative to the Sichuan basin.

The fault has generated powerful earthquakes including the M7.9 shock in 2008 that resulted in 90,000 fatalities (including 10,000 children) and caused unprecedented damage in a radius of 145 kilometers. The earthquake came as a shock weeks before the beginning of the 2008 Beijing Olympics. According to locals, the damage that this earthquake caused 13 years ago has still not fully been repaired. The great impact of the 2008 temblor revealed the poor construction standards and the deficiencies in the building safety regulations that exist in China's infrastructure. Since then, authorities have implemented significant changes towards strengthening the buildings and enforce more advanced regulations. Moreover, the Chinese government employed and trained personnel to act as "disaster reporters" that can rapidly assess the damage and collect data on the impact of a quake.

A video revealing the strong shaking of the current earthquake can be found below. 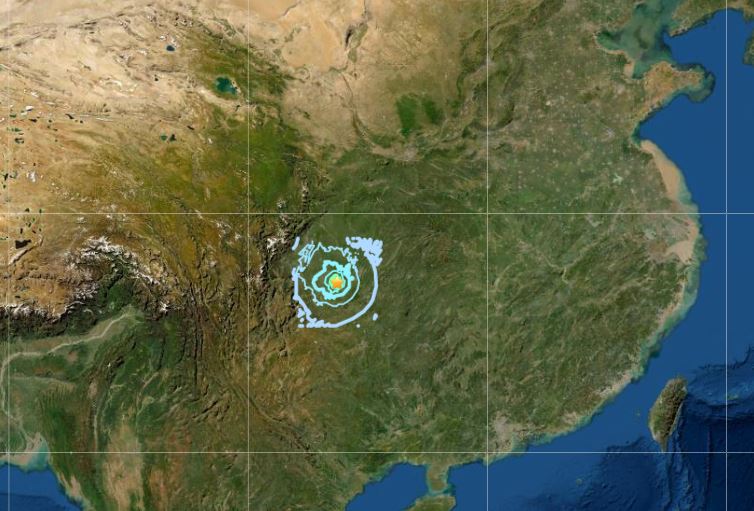