A powerful storm that struck the southeastern coast of Brazil has caused floods and landslides resulting in, at least, 32 fatalities.

Heavy rainfalls started on Sunday, March 1, 2020, and hit the states of Rio de Janeiro and Sao Paulo. A powerful cold front from South Atlantic produced a pressure depression that resulted in extreme rainfalls in the aforementioned areas.

Some regions received about a month's precipitation in a short amount of time and experienced intense flooding. According to the National Civil Defense Office of Brazil, the most affected cities, where most casualties were recorded, included Sao Vicente, Guaruja and Santos in Sao Paulo state.

Rescue missions, including firefighters, immediately initiated and teams were deployed to help the victims. The operations are still on-going.

The total number of victims may increase since extreme weather phenomena are still underway. Recent information report that about 5,000 people have been evacuated from the affected areas. A fund to aid the affected population will be soon granted according to Wilson Witzel, the Governor of Rio de Janeiro state.

Landslides have also struck the affected regions resulting in fatalities and infrastructure damage. In the city of Guaruja, located near Sao Paulo, slides swept away houses killing at least 27 people. In addition, 43 more victims are missing. A 24-hour long rainfall saturated the soil and instabilities were caused on steep slopes where houses were established. “I don’t know many people that lived up there. The few I knew were all desperate people who accepted living there, in the riskier places,” a local resident, stated.

Rescue teams did not have specialized equipment to remove the debris in search of survivors. They mostly utilized their bare hands and buckets. Officials ordered to pause the operations during the night, but some volunteers continued in the dark using torches.

According to Marcelo Crivella, the Mayor of Rio de Janeiro city, flooding can be partially attributed to people's misuse of the city's sewer system. "People can't be throwing trash on hillsides, in storm drains and in the street," Mr. Crivella, stated.

Click the video below to watch scenes of extreme flooding in the municipality of Cariacica, Brazil. 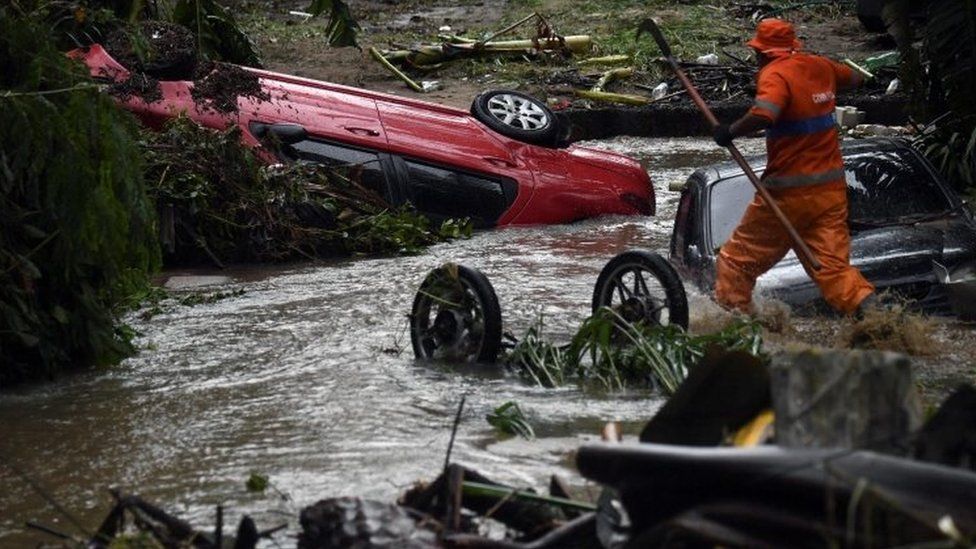 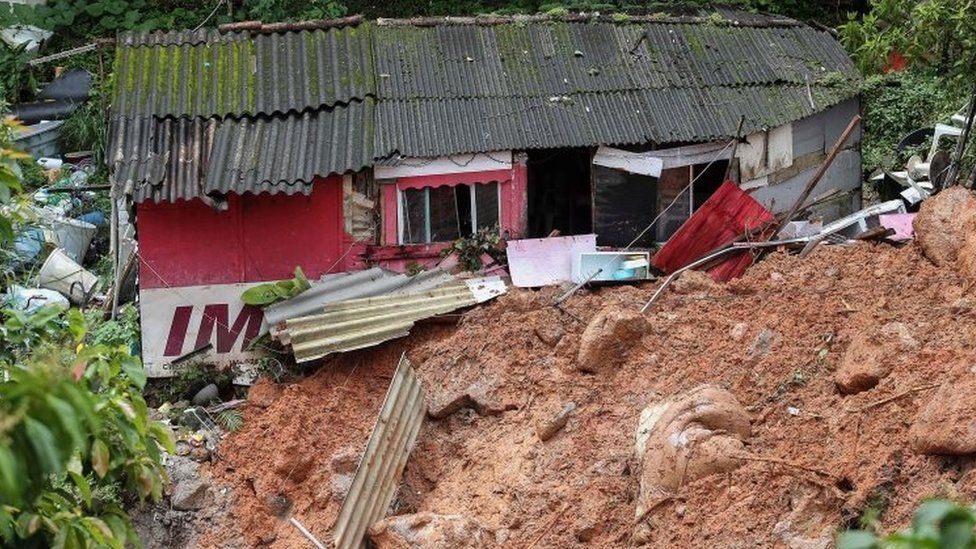