Almost 100 people have died in landslides and flash flooding in the Brazilian city of Petrópolis, officials say. The city is located in the mountains north of Rio de Janeiro and was hit by torrential rainfall. Search and rescue teams are combing the mud for survivors.

Houses were destroyed and cars swept away as floodwaters raced through the city's streets. "The situation is almost like war... Cars hanging from poles, cars overturned, lots of mud and water still," Rio de Janeiro Governor Claudio Castro told journalists. With 35 people reported missing, he said that the search and rescue efforts would continue non-stop.

After a month's worth of rain fell on the city in just three hours, much of its regal charm lay in ruins, with homes and shops destroyed by the flooding. In one of the worst-hit neighbourhoods, up to 80 houses were hit by landslides.

"The water came very fast and with great force. My loss was 100%. Our life was already tough with the pandemic... and this tragedy still comes," shopkeeper Henrique Pereira told Reuters news agency.

Around 300 people are being housed in schools and shelters, and charities are calling for donations of mattresses, food, clothing and face masks.

"I found a girl who was buried alive," Wendel Pio Lourenco, a 24-year-old resident, told the AFP news agency while heading to a local church in search of shelter. "Everyone is saying it looks like a war zone."

The city's mayor has declared a state of emergency and President Jair Bolsonaro, who is on an official trip to Russia, has said he will organise immediate help for the victims.

It is the latest in a series of heavy rains to hit Brazil in the past three months, which scientists say are being made worse by climate change.

Petrópolis and the surrounding region were previously hit by severe storms in January 2011, when more than 900 people died in flooding and landslides. 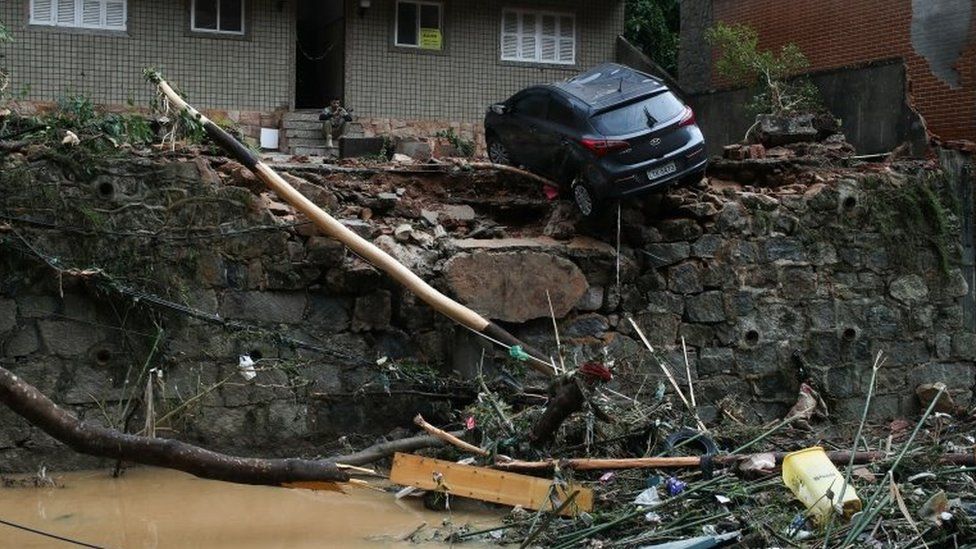 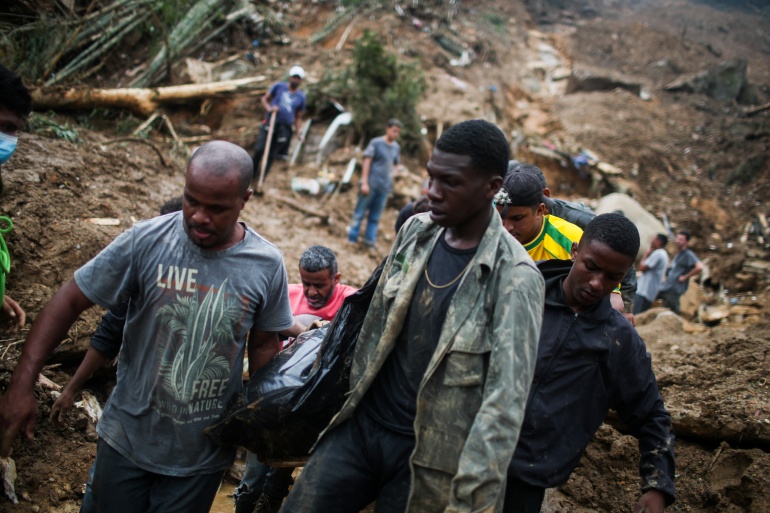 A powerful storm that struck the southeastern coast of Brazil has caused floods and landslides resu...

Brazil landslides and storm (update): death toll rises to 186 one week on

The death toll from flash floods and landslides that hit the Brazilian city of Petropolis has risen...

Heavy rains in Brazil's northeastern Pernambuco state have left at least 44 dead as of Sunday, acco...