At least 14 people were killed and 35 injured after a landslide covered several homes in central Colombia on Tuesday, the country's disaster management agency said.

The incident in Dosquebradas, close to the city of Pereira, followed heavy rains in the surrounding coffee-growing province.

"Our updated report indicates that 35 people were injured, 14 lost their lives and one remains missing," from the early morning landslide in the La Esneda neighborhood the UNGRD (National Unit for Disaster Risk Management) disaster agency said on Twitter. Rescue efforts were ongoing, it added.

Rescue teams were searching the mud for survivors. Authorities evacuated dozens of nearby homes as the Otun river overflowed. Hernandez said he helped dig out two bodies and one survivor. He said at least five homes were buried by the mud.

“A very loud noise scared us. We went out and saw a piece of the mountain on top of the houses,” taxi driver Dubernei Hernandez, 42, told the AFP news agency.

“I went to that place and it was a disaster, with people trapped.”

Landslides are common in Colombia due to the mountainous terrain, frequent heavy rains and poor or informal construction of houses.

The country's most recent large landslide disaster was in the city of Mocoa in 2017, when over 330 people were killed. 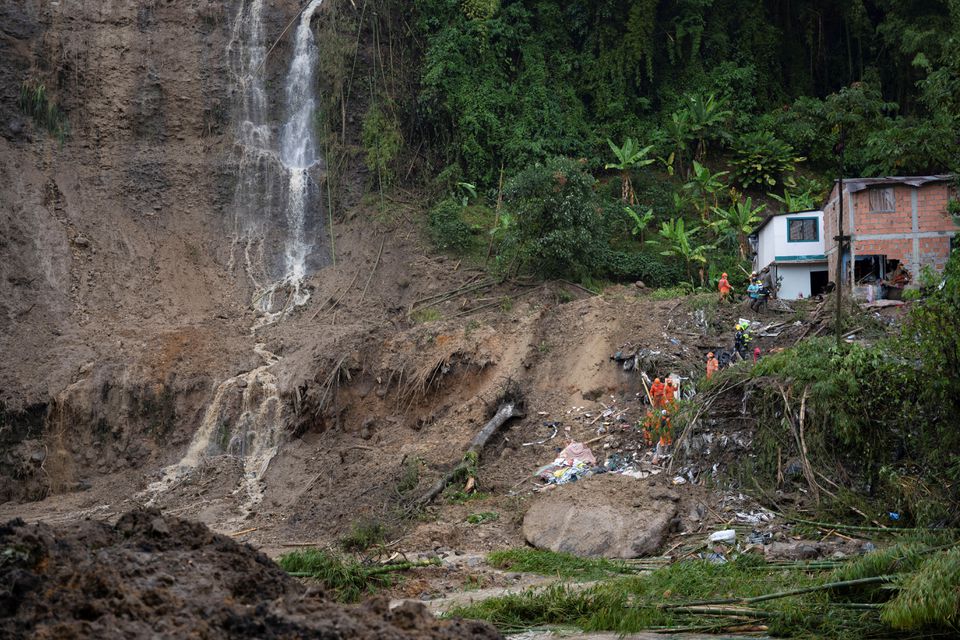 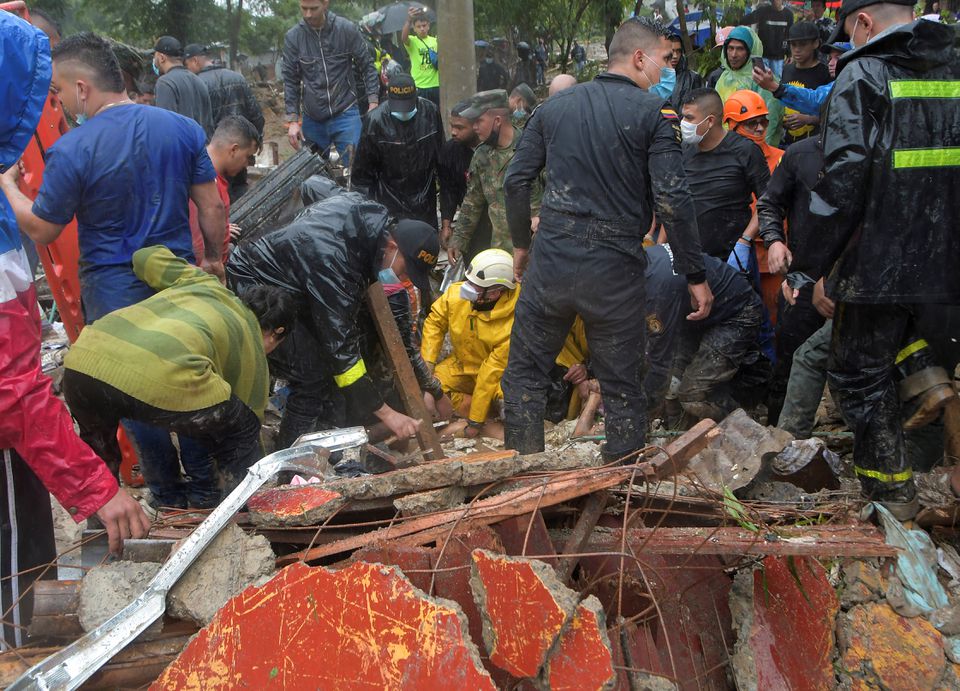 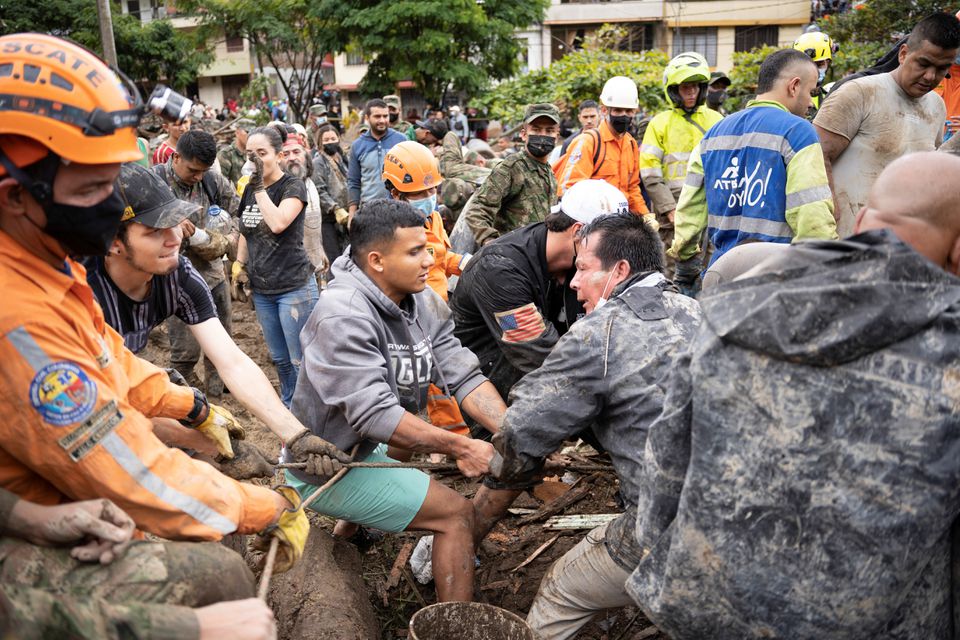 A landslide triggered by heavy rains has killed several people in western Colombia. At least 11 pe...