An unstable situation, with six fissures having opened up and spewing lava, and a strong earthquake of 6.9 magnitude.

Hawaii’s Kilauea Volcano, which has been an active volcano –in fact one of the world's most active ones since 1983-, erupted last Thursday at 4:45 pm local time, spreading lava into a residential area. As of Friday May 4th, at least 6 fissures have opened up in the area, each several hundred meters long. Inhabitants of Leilani Estates, a community of about 1,700 people, and the subdivision of Lanipuna Gardens in the largely rural Puna district of the Big Island were ordered to evacuate on Thursday afternoon after the fissures started to appear in the streets. Strong earthquakes continued to occur, making the situation even more difficult and horrifying for them. No casualties have been reported, but several homes have been destroyed, according to the authorities.

The volcanic activity started to increase earlier that week after the crater floor of Kilauea volcano’s Pu'u 'O'o Vent collapsed during an increase in earthquakes in the area (more than 1,000 of them have been reported in the past 7 days) After the collapse, the released pressure within the vent created an “intrusion” of rising magma in the east rift zone of Kilauea as earthquake activity continued throughout the week. The first outbreak of lava occurred from a fissure in Leilani Estates, on Kilauea volcano’s lower east rift zone, Thursday May 3rd in the afternoon, and lasted for about two hours. Three more fissures had opened up in Leilani Estates by early Friday morning, while shortly after Friday’s earthquakes, a fifth fissure opened up at the same area, erupting with more lava, and a sixth one opened after 4 p.m.

Big Island is repeatedly being hit by a series of earthquakes, with the first strong one registered as a magnitude of 5.4 (Friday May 4th, 21:32:44 UTC) originating at a depth of 6.9 km (4.29 miles) on the south flank of Kilauea volcano. One hour later, a 6.9 magnitude earthquake at a depth of 5km occurred in “almost exactly the same location” as the deadly earthquake of 1975 –which had a magnitude of 7.1 and left two dead and 28 wounded on the island-, according to a tweet of USGS. The activity will continue, Civil Defense Administrator Talmadge Magno said Friday. "It doesn't look like it is slowing down," he added. None of the quakes caused any major tsunami threat to the area though, according to Hawaii County Civil Defense.

The threat of sulfur dioxide

Apart from earthquakes and lava, Hawaii residents also have to deal with high levels of sulfur dioxide released from the eruption. Fire department personnel have detected high levels of the gas in the evacuation area, the civil defense agency said, the exposure to which can be life-threatening, according to the federal Agency for Toxic Substances and Disease Registry . About 14,000 customers of Hawaii Electric Light lost power immediately after the earthquake, but due to high sulfur gas levels in some areas, the employees could not work in order to restore the problem in about half of the cases, said the company’s spokeswoman Rhea Lee-Moku. "When you are exposed to that level of SO2 in the Leilani Estates area, you need more protection than we have available to us," she said. Steam rises from cracks in the road near Leilani Estates on Friday, May 4th. CNN 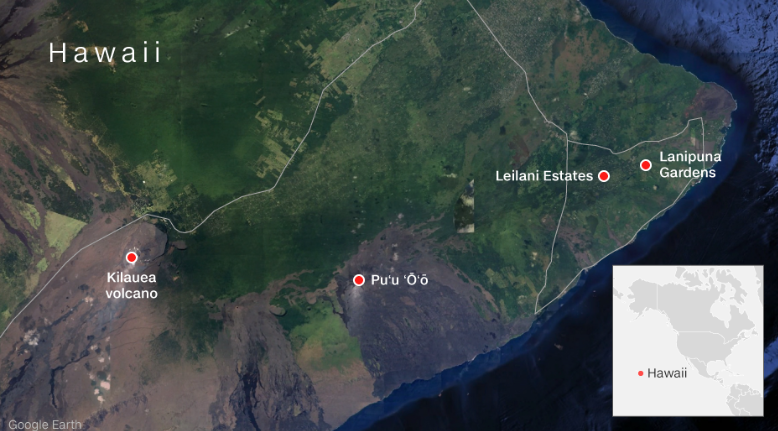 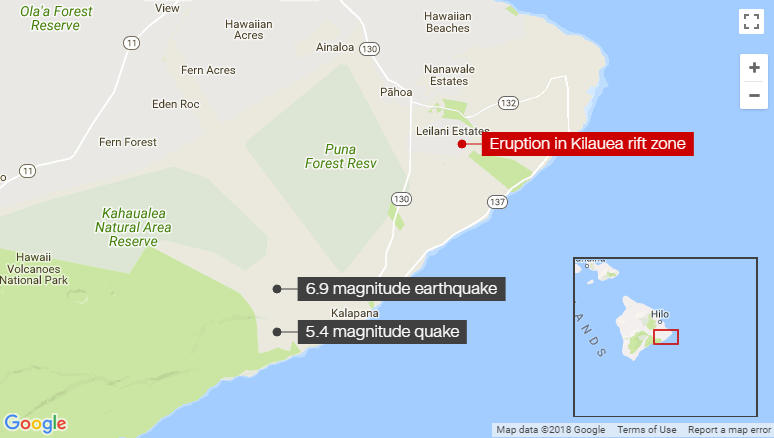 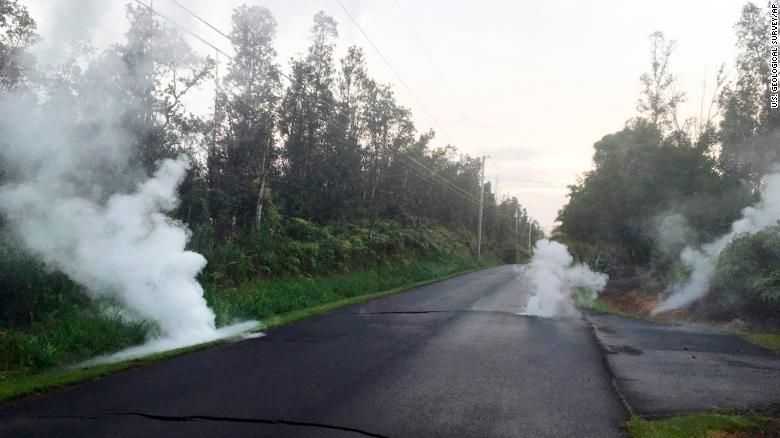 At least 13 people were reported dead after a lan...