A catastrophic string of storms continued to pummel California on Tuesday, with the additional rain aggravating ongoing flooding conditions and raising the risk of flash floods and mudslides. Scenes of the destruction played out across the state.

In Chatsworth, a Los Angeles suburb, several people were rescued after a sinkhole swallowed two cars. A gushing Los Angeles River and mudslides threatened homes in Southwest Los Angeles after a rare flash flood warning was issued. In the northern part of the state, high winds and flooding rain carved out a chunk of a pier in Capitola, a suburb of Santa Cruz.

Earlier rainfall had already drenched the ground and increased runoff. There have also been landslides in the Shaver Lake area in Fresno County, in the central part of the state.

This map of California highway patrol incidents shows how widespread the flooded roads and mudslides are. The agency is strongly advising residents to limit nonessential travel.

Coastal towns like Santa Barbara were particularly hard hit, prompting evacuations and road closures. Some residents tried to use sandbags to slow the rush of floodwaters, with little success. One man was seen by a local TV news crew on the road paddling a kayak. Parts of Santa Barbara County, north of Los Angeles, had received more than 16 inches of rain as of early Tuesday.

Water levels in many rivers have approached or surpassed flood stage. Officials are keeping an eye on about three dozen locations where rivers could reach flood levels, according to the National Weather Service’s California-Nevada River Forecast Center.

Heavy rains and powerful winds led to flooding and uprooted trees in the streets of Sacramento on Monday. The National Weather Service says powerful thunderstorms, which could bring small hail and brief tornados, along with more heavy rain and high winds, are possible through 8 p.m. P.S.T. throughout interior Northern California, which includes Sacramento.

The town of Gilroy, in an inland region in Northern California’s Santa Clara County, was partly underwater on Monday. Drone footage showed floodwaters nearly consuming cars and the first floors of homes. The flooding closed most lanes of nearby highways.

Looking ahead, rainfall totals over the next several days in many parts of California could reach seven additional inches, as yet another large cyclone forming off the coast slams areas from Northern California into the Pacific Northwest on Wednesday, the National Weather Service said. 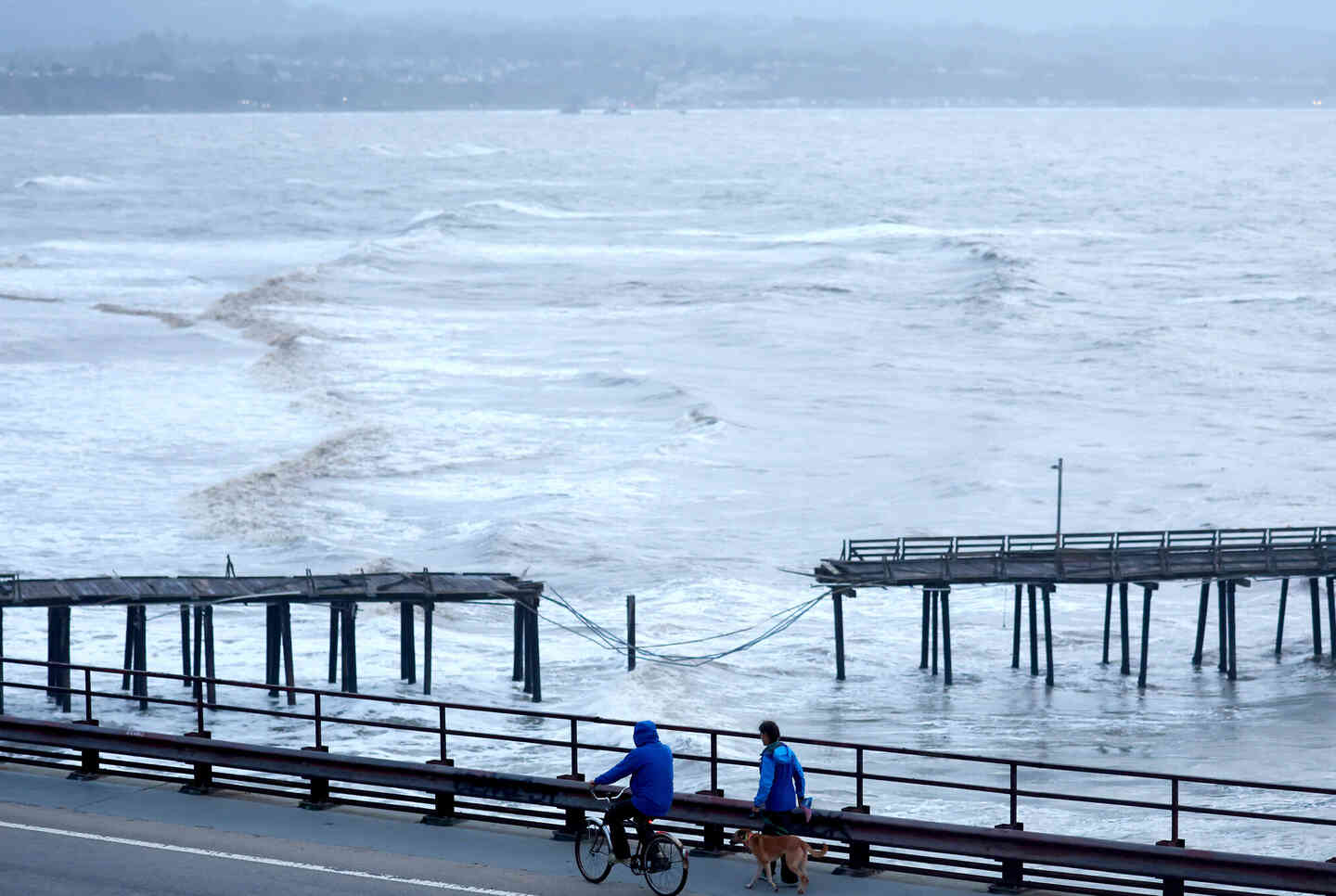 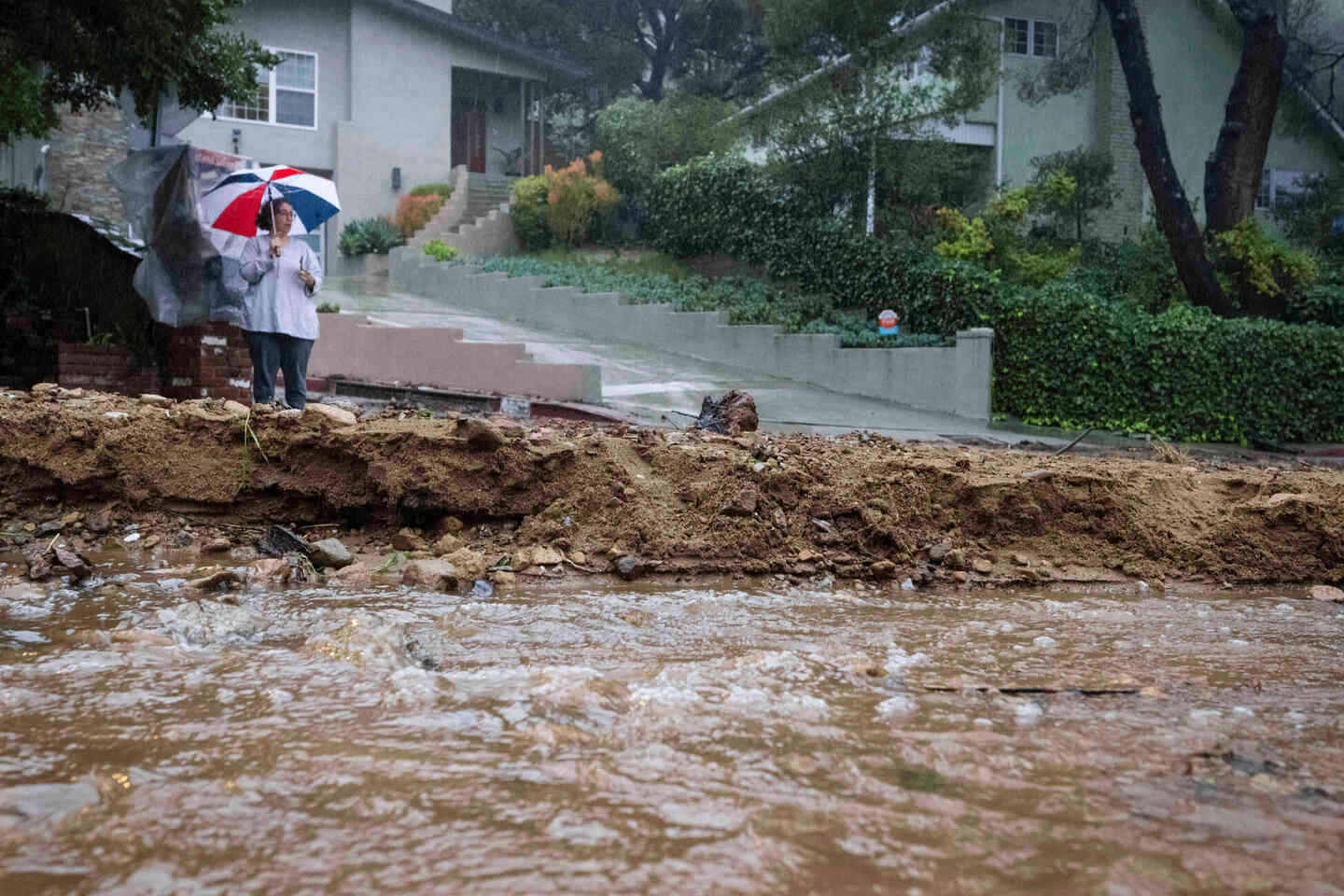 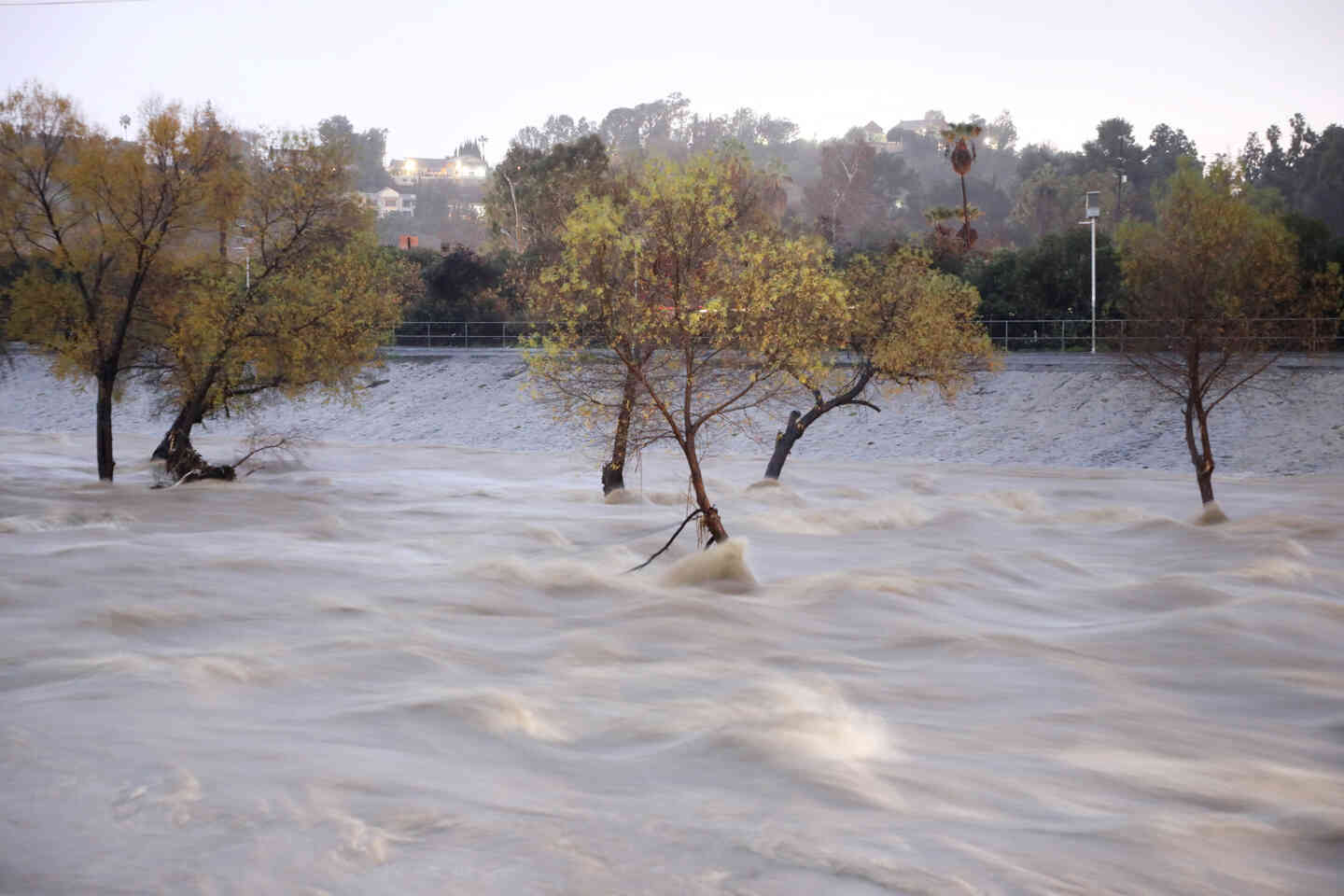 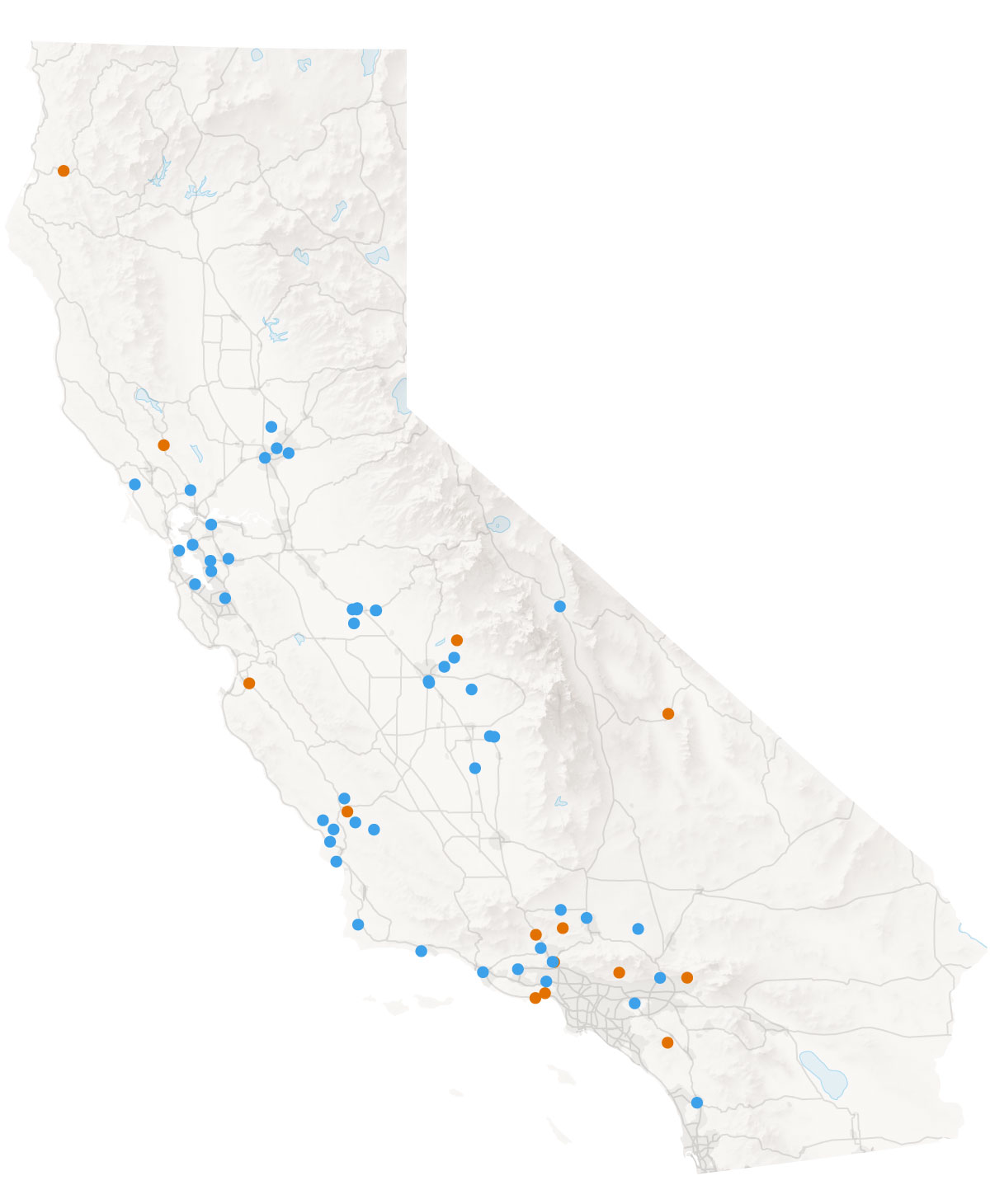 One storm moving out, another headed for Southern California

California gets hit by deadly mudslides

Heavy rainfall caused rivers of mud and debris to run down from hillsides in Santa Barbara County, C...

The Louisiana State Government continues to send aid in response to the mass flooding throughout muc...

Shortly after the impact of Storm Ciara, the United Kingdom was struck by another powerful tempest...

A number of homes in the Hollywood Hills were hit by a small mudslide on Monday evening as heavy ra...