More than 180 people have died in western Europe after record precipitation resulted in extreme floods.

The heavy rainfalls initiated on Wednesday, July 14, 2021, and mainly impacted Germany (Rhineland Palatinate, North Rhine-Westphalia) and also parts of Belgium, Netherlands, Luxembourg and France. The incident is one of the most extreme in the history of Germany. In some parts of the country, the rainfall accumulation reached 100-150mm on average during a 24-hour period, an amount equivalent to the monthly precipitation. It was reported that some of the impacted regions have not experienced that magnitude of rain during the past 1,000 years.

The extreme precipitation rates led to intense floods in many of the affected regions. Entire communities were inundated, rivers burst banks, villages were cut off, roads were damaged, buildings and bridges collapsed and landslides were triggered. The destruction in some regions is massive with infrastructure being completely devastated. Authorities mentioned that it's almost impossible to perceive how the normal conditions will be restored. "Parts of buildings are in the road, people are sitting and crying. It's so sad. People have lost their homes, their cars are in fields flooded. My city looks like a battle has taken place," a local resident of Rheinbach in North Rhine-Westphalia, Germany, commented.

A massive rescue operation was launched in Germany to aid the affected population and to save people missing. The rescue teams included police, military personnel and emergency service workers. As of July 16, 2021, 1,300 people were assumed missing in the district of Ahrweiler in the Rhineland-Palatinate state, but there were severe communication issues and many people could not be reached. The European Union has also taken initiatives to help people in the flooded regions. "Belgium, Luxembourg, Netherlands, Germany you can count on the EU's help to face these dramatic floods...", Charles Michel, EU Council president, tweeted. As of July 18, 2021, 155 people have been confirmed dead in Germany and 27 more in Belgium.

According to the German national weather service, DWD, the intensity of the event was a result of a low-pressure area that enabled a belt of warm and moist air to trigger powerful and durable rainfalls. Such phenomena are associated with climate change as warmer air can preserve larger amounts of water and trigger heavier rainfalls. In fact, scientists have been worried for years about more intense precipitation rates during summer rainfalls due to the warming environment. “Climate change has arrived in Germany,” Svenja Schulze, Germany's Minister of the Environment, Nature Conservation and Nuclear Safety, stated.

Nonetheless, the intensity and scale of the event has shocked climate scientists, who clearly did not expect those magnitudes of destruction over such a large region. The current incident comes two weeks after the devastating heatwaves in the United States and in Canada in which record temperatures were reached (49.6 °C) raising fears that human-induced climate change may lead to more extreme natural phenomena than expected. 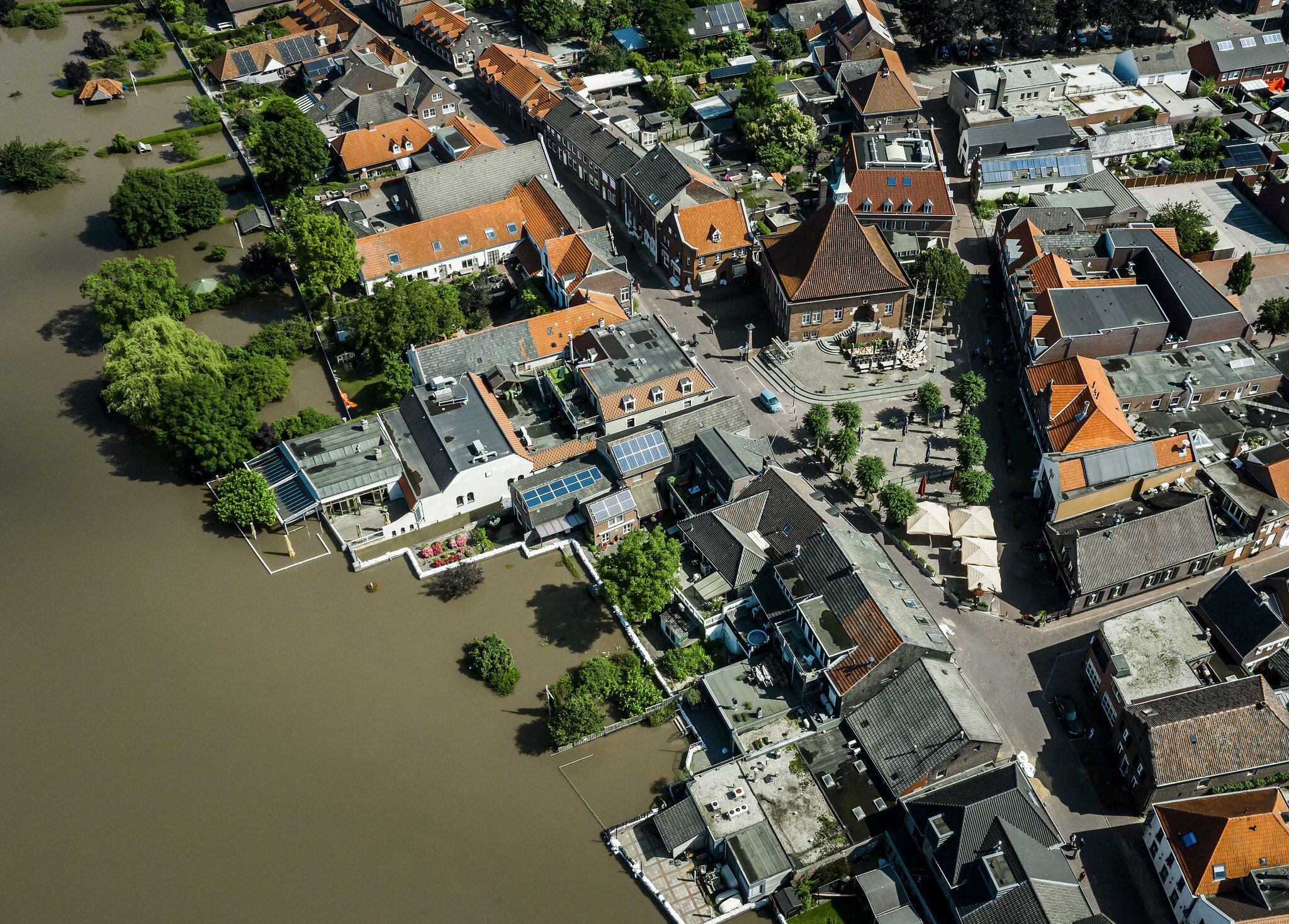