At least 35 people have been reported dead and many are still missing after landslides hit central Vietnam.

During the recent period, central Vietnam has been impacted by several rainfall-induced landslides. On Monday, October 12, 2020, a hydroelectric plant located in Thua Thien Hue's Phong Dien District, was struck by a mudslide and 17 laborers were left missing.

Officials were informed about the situation by a local and a rescue team was sent to search for survivors. The rescue team consisted of 21 members, including military personnel. The location of the plant was about 10 kilometers from the main road, therefore, reaching the spot was challenging. Moreover, the paths were blocked by further landsliding that had occurred in the area and the team was forced to stop at a certain point to spend the night.

Unfortunately, another landslide struck in the location burying 13 members of the crew under debris. “They bravely sacrificed to save people,” Nguyen Xuan Phuc, Prime Minister of Vietnam, said in a statement on Friday, October 16.

According to officials, all possible forces were mobilized to conduct search and rescue operations while maintaining safety for the rescuers. In total, 600 people were deployed in the area but operations were highly affected by ground failures. The bodies of the 13 rescuers were recovered by October 15, 2020.

On October 18, 2020, an army facility was also hit by a landslide and 22 soldiers were reported missing. The ground failure occurred in a location near the aforementioned events (Quang Tri province). According to recent updates, the bodies of the soldiers have been pulled out of the debris. Ha Ngoc Duong, a local official made mention of more than one isolated incident. "From 2 a.m. until now, there have been four to five landslides, exploding like bombs, and it feels like the whole mountain is about to collapse," he stated.

Except for the landslide incidents, 39 people are confirmed dead due to floods caused by the Nangka tropical storm that hit both Vietnam and Cambodia.

According to Vietnam's Disaster Management Authority, the region will experience high amounts of precipitation in the following days that may lead to further floods and landslides.

Officials state that, despite the fact that Vietnam is prone to such events, the current disaster is the worst that has struck for years. Since the storms began in early October, 72 people have been reported dead and 19 are still missing. The river levels in the affected regions have reached their maximum peak in 20 years. In total, about 200,000 residences and 300 schools have been flooded. 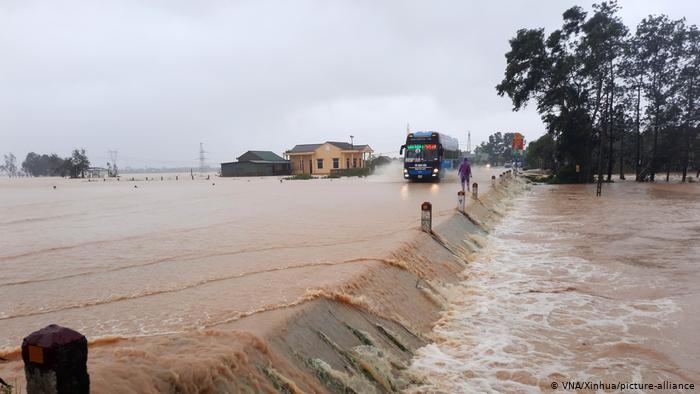 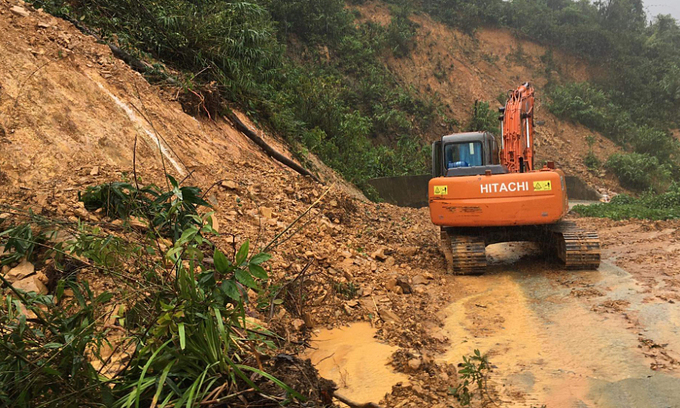 Floods and landslides in central Vietnam, caused by heavy rains, have left at least 18 people missi...

Numerous people have been reported dead and many more missing in the Philippines due to the impact...

Floods and landslides leave many dead in Vietnam

At least 46 people have died and another 33 remain missing as a tropical depression dumps heavy rain...