At least 130 people have been reported dead after torrential rains triggered rainfalls and landslides in the Maharashtra State, western India.

Regions of low elevation were impacted after the western coast of India received up to 594mm of rain during 24 hours. Numerous villages were cut off, infrastructure was damaged and landslides were triggered. Hundreds of municipalities and towns were left without power and drinking water, according to officials. One coastal district was completely isolated after bridges and communication towers failed due to the heavy rainfalls and floods.

As of July 24, 2021, high precipitation rates persisted and more than 90,000 people has been evacuated from the affected regions. Moreover, dams were in danger of overflowing so authorities released water after evacuating the downstream regions. "Dams and rivers are overflowing. We are forced to release water from dams, and, accordingly, we are moving people residing near the river banks to safer places," Uddhav Thackeray, Chief Minister of Maharashtra State, stated.

Rescue operations have been launched in the affected regions to search and rescue people trapped. The teams included military, navy and air force personnel, coast guards and state officials. Nonetheless, the conditions were still harsh. It was reported that the Maharashtra State has received its heaviest rainfall incidents in July for decades. Unfortunately, heavy rainfalls will persist for the next few days making the operations more challenging. Officials asked people to reach high-lying areas or rooftops so that they can spot them and rescue them.

A large landslide struck a small village in Mumbai resulting in 38 fatalities. Floods and landslide incidents in Mumbai are not uncommon. The city experiences similar incidents annually but experts suggest that the intensity of the phenomena has increased over the past years.

At least 10 people are probably trapped under landslide debris in Ratnagiri district. 9 more ground failures in other regions of Maharashtra caused another 59 casualties while 15 people died in accidents associated with the heavy rainfalls. India's national highway that connects Mumbai and Bengaluru, in south India, was submerged underwater and thousands of vehicles were stuck on the road.

India is frequently impacted by heavy precipitation and rainfall-induced ground failures during the monsoon period (June-September). Many people are affected since a large proportion of the existing infrastructure is poor. Nevertheless, scientists agree that the monsoons are getting stronger as years pass by and this is a result caused by climate change. A recently published report on the Indian monsoon seasons warns about severe ramifications in the economy and wellness of about 20% of the world population. 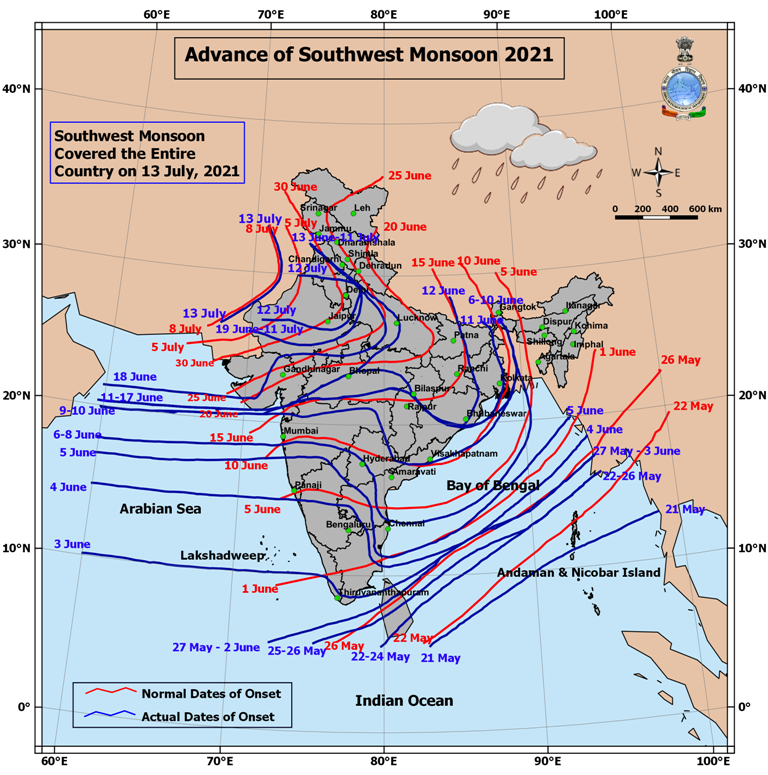 Two people have been reported dead and about 20 missing after a mudslide struck in the city of Atam...