China is leaning towards utilizing wind and solar power, something that will alter the country's strategy on mega-dam projects.

China has great potential for hydropower generation. Its rivers flow from west to east and the landscape provides beneficial locations for the establishment of vast dams. Since 1949, the country has been aiming at harvesting hydroelectricity but, the massive dam construction boom occurred in the past 2 decades. “Since the turn of the century, the country has more than quadrupled its installed capacity and accounted for over half of global hydropower growth,” Samuel Law, an analyst for the International Hydropower Association, said.

According to the International Energy Agency (IEA), China is the world's leader when it comes to hydropower, generating 1,200 TWh per year (data from 2017). This amount of power surpasses the total electrical power produced in developed countries such as Russia, Japan and Canada.

China's two largest hydropower projects, the Three Gorges Dam and the Baihetan Dam (which will be operational by next year) will produce massive amounts of power when they run at their full potential. When the Baihetan Dam reaches its full capacity (within the next two years), China will operate half of the world's biggest hydropower plants (5 out of 10) in just a decade.

Nevertheless, no massive dam project will probably be realized from now on in China, since the government is aiming at boosting solar and wind power. This decision comes after considering the decreasing costs of the aforementioned energy sources and the increasing difficulty of finding fitting locations for establishing mega-dams. “Although the country has a strong pipeline of mega hydropower projects, it has mostly exhausted its major potential sites and there is reduced scope for new announcements,” Pavan Vyakaranam, senior power analyst at GlobalData, a data analytics and consulting company, stated.

However, China will not completely abandon hydropower projects. Instead, smaller dam facilities that will generate renewable power for urgent situations will be constructed.

A 7.5% increase in renewable power investment will be provided by China within this year. Solar power and wind facilities will be funded by $6.06 billion and $5.05 billion, respectively.

On June 15, 2020, China announced the first offshore wind turbine capable of generating 8MW. The wind turbine is equipped with 81,4-meter blades that produce a swept area of 21,900 m2.

The history of hydropower development has a similar pattern in the United States. Massive dams were established in the country during the 1930s in an effort to invest in infrastructure and overcome the Great Depression. One of those dams was the iconic Hoover Dam which was constructed between 1931 and 1936.

Hydroelectricity power thrived for more than 30 years but it was then replaced by alternative sources including nuclear power. Today, the United States generate just 6.6% of its total power output from hydropower. 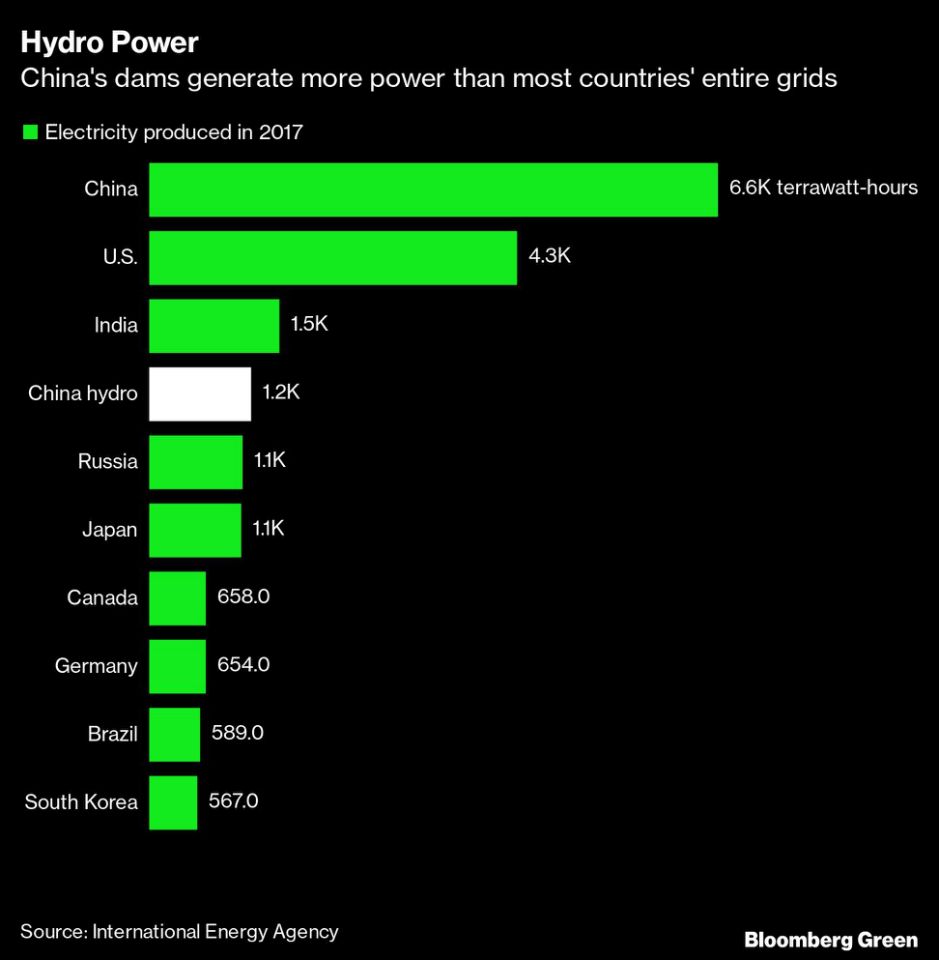 A transformer exploded on Tuesday at Hoover Dam, one of the nation's largest hydroelectric faciliti...