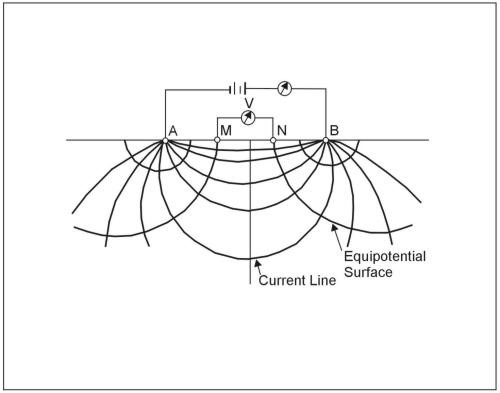 Figure 1: Equipotential lines and current lines for electrode pairs in a homogeneous half-space (from EPA, 2016b). 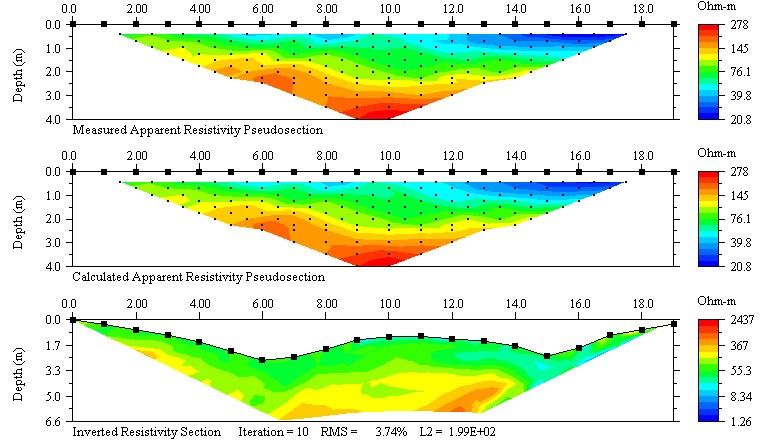 The broad applicability of electrical resistivity surveys has also led to its use for wide range of applications in geotechnical and geoenvironmental engineering including mapping geomorphologic features such as karsts (Myat et al., 2008; Ramakrishna, 2011), shallow saturation increase in earthen slopes (Kibria and Hossain, 2016), identification of unknown bridge foundations (Tucker et al., 2015), health monitoring of levees (Utili et al., 2014), and water content and unit weight assessment of compacted clays (Kibria and Hossain, 2012) among many others. Some examples of geomaterial resistivity (or conductivity, the inverse of resistivity) are provided in Figure 3. It is important to note from Figure 3 that there is significant overlap between different material types. Resistivity values for a given material can also span multiple orders of magnitude. Table 1 shows some typical values for saturated, contaminated soils. Figure 4 shows additional conductivity values for some soil types as well as examples of  conductivity values for some contaminants.

In addition to the applications mentioned above, resistivity has been shown to be an effective property for assessing changes in pore fluid composition for a given soil. This has allowed the technique to be used for identifying and mapping subsurface contaminants at geoenvironmental remediation sites. Electrical resistivity surveys, like many other geophysical techniques, are noninvasive which is particularly attractive when penetration or disturbance of contaminated material is undesirable. The ability of electrical resistivity methods to map contaminants in the shallow subsurface in 3D without excavation or drilling has led to its extensive use as part of site characterization efforts. In the following sections, summaries are provided of several recent case studies or research efforts utilizing electrical resistivity surveys at sites with subsurface contamination. 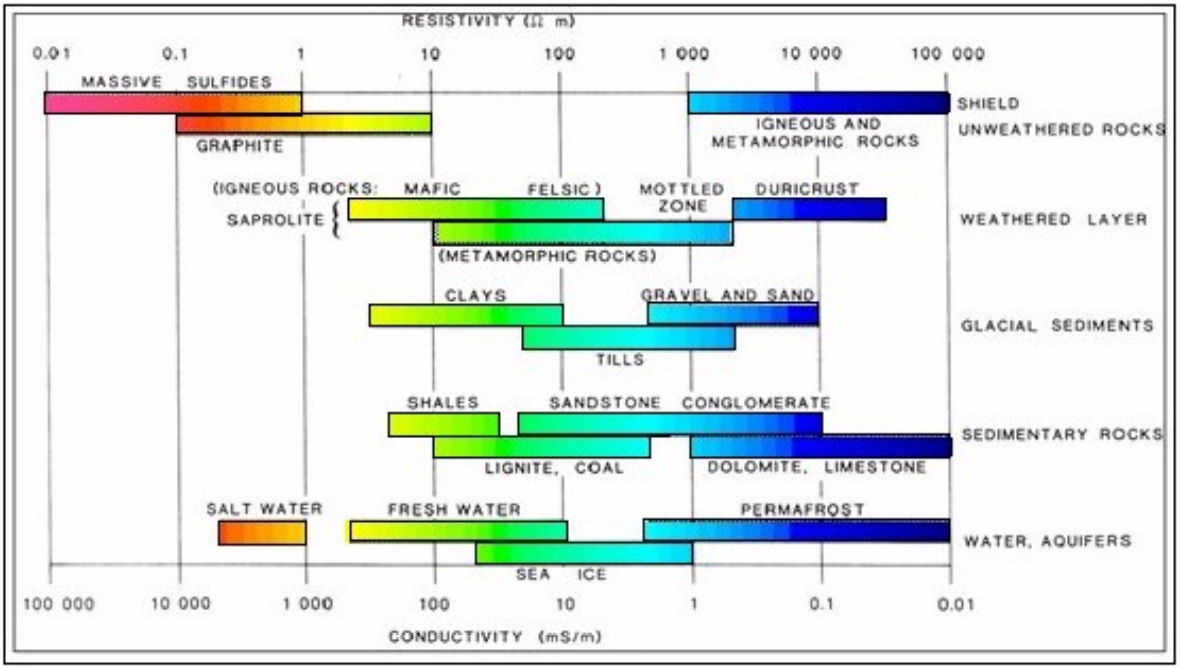 Figure 4: Typical Conductivity Values for Some Types of Soil and Contamination (EPA, 2016a).

The first case study discussed here investigated an oil pipeline spill over a site consisting primarily of alluvial deposits overlying clayey silt. The groundwater table at this site was about 8-11 m below the ground surface, accounting for seasonal variations. In 2009 a pipeline broke and leaked 4700 tons of oil. Following the spill, electrical resistivity surveys were conducted over the contaminated area. In 2012, additional surveys were conducted in order to assess the presence of biodegradation of hydrocarbons based on changes in resistivity. Resistivity surveys were conducted using an ABEM Terrameter SAS 4000 Lund Imaging System; 64 electrodes were spaced at 2.5 m apart. Inversion was performed using RES2DINV software.

Biodegradation of hydrocarbons at the site was found to result in a noticeable decrease in resistivity values. Figure 5 shows resistivity profiles across the contamination produced from measurements in 2009 and 2012. Spatial and temporal variations in physiochemistry of the hydrocarbons manifests as changes in subsurface resistivity. 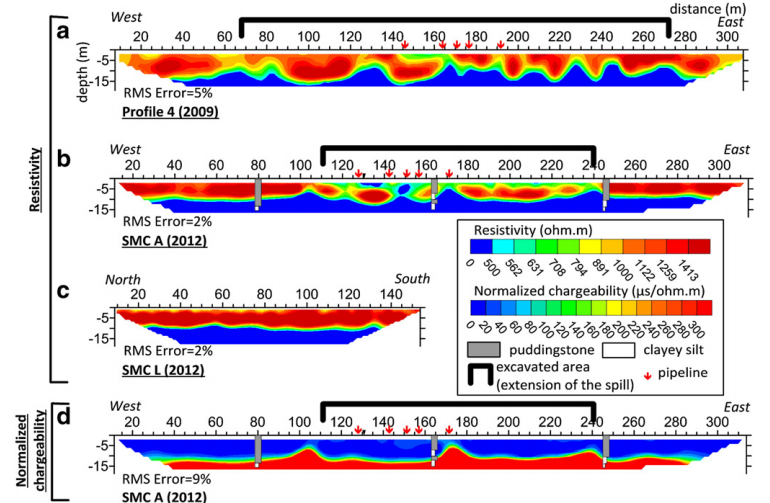 Case Study 2 covers investigations performed at the Grindsted landfill in Denmark. The landfill was operational from 1930-1977 with the majority of its waste being disposed in 1960s until closure. The landfill has no liner or leachate collection and removal system. The types of waste disposed in the landfill include municipal solid waste, sewage treatment waste, construction and demolition materials, and other industrial waste. The spatial variation of waste types within the landfill has resulted in significant variation in the leachate exiting the landfill. For example, in the northern section of the landfill, industrial pharmaceutical waste was deposited in a lagoon. In general, the leachate is divided into “weak” to “strong” zones where the strong leachate zones have approximately 20-40 times the concentration of ammonium, chloride, and dissolved organic carbon compared to the weak leachate zones.

Figure 6: 2D Resistivity profile showing the extent of the leachate plume relative to the Grindsted landfill (from Maurya et al., 2017). 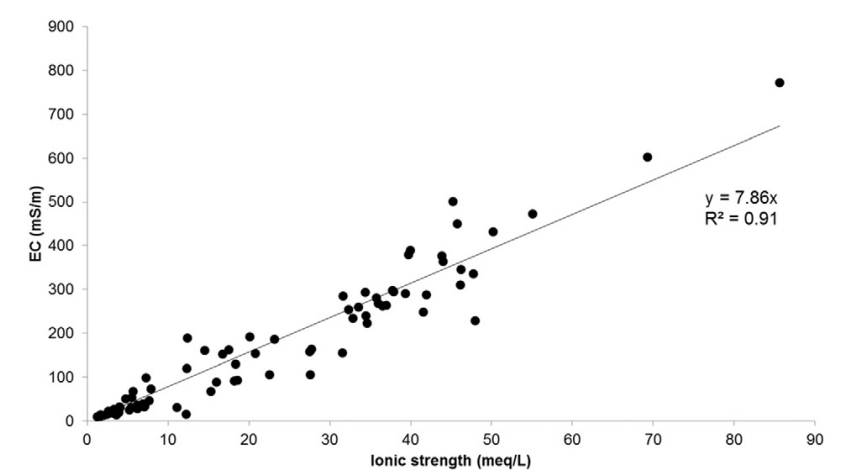 In this case study, an electrical resistivity survey was used to visualize groundwater contamination from an uncontrolled landfill in Geumsan-gun, South Korea. The site, which is located adjacent to a stream, had been continuously leaking leachate into the subsurface aquifer that supplies the town’s drinking water. The contamination was especially bad during the region’s summer rainy season. Periodic pumping using drainage wells had been conducted to collect leachate, but not to a sufficient level to prevent contamination. Additionally, no barriers were in place to prevent leachate from entering the groundwater.

Due to its expediency and low cost compared to conventional well drilling, Electrical Resistivity Imaging was chosen to characterize groundwater contamination at the site. Ten ERI survey lines were placed near the landfill to create a grid: seven lines running North-South 4 m apart, and three lines running East-West 10 m apart. Electrodes were spaced 2 m apart from one another on the lines. A dipole-dipole array was used for data acquisition, due to its reputation for capturing small-scale anomalies with high resolution. Data collection took place in three phases: the first phase took place before the rainy season, the second took place 47 days later, during the rainy season, and the third phase 15 days after that, also during the rainy season.

At the Hanford Site in Eastern Washington, US, planned and unplanned releases of radioactive liquid waste have occurred since the 1940s. One such planned release involved the discharge of 115,000 m3 of sodium nitrate rich mixed liquid waste between 1956 and 1958. The liquid was disposed of in 20 unlined trenches of varying size, and the radioactive constituents were meant to be retained near the surface through ion exchange with minerals near the soil. Through a series of borehole studies completed years later, some contaminants were found to have penetrated the soil deeper than expected. In order to better conceptualize the extent of contamination, Electrical Resistivity Imaging was chosen to survey the site. ERI was chosen because the target solution, composed of highly conductive ions, heavy metals, and radioactive constituents, would show up well in contrast to the surrounding soil.

Data was collected from 47 lines, each with between 133 and 283 electrodes, spaced 3 m apart. The lines covered an area of about 850 m × 550 m. Due to data constraints, ERI images were performed in four subdomains, which, when viewed as a whole, would characterize the entire site. Four sets of four subdomains were analyzed, with varying degrees of overlap. Figures 10 and 11 show the subdomains with 15 m overlap and 150 m overlap, respectively.

Due to the scale of the inversion codes, the subdomains exhibited discontinuities with respect to one another. As shown in Figures 10 and 11, the technique gave the appearance of multiple disconnected plumes. The inversion code used on the subdomains was modified to be run on a multi-processor hardware, which increased available memory for processing and allowed the modelling of a single large domain, shown in Figure 12. 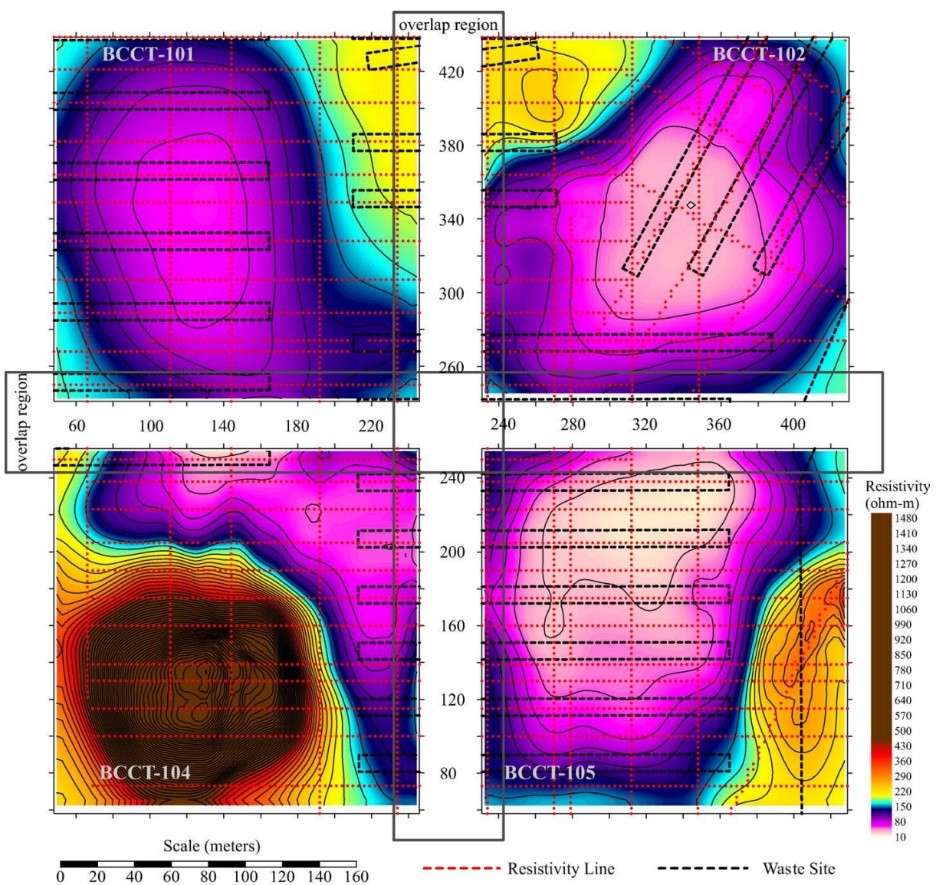 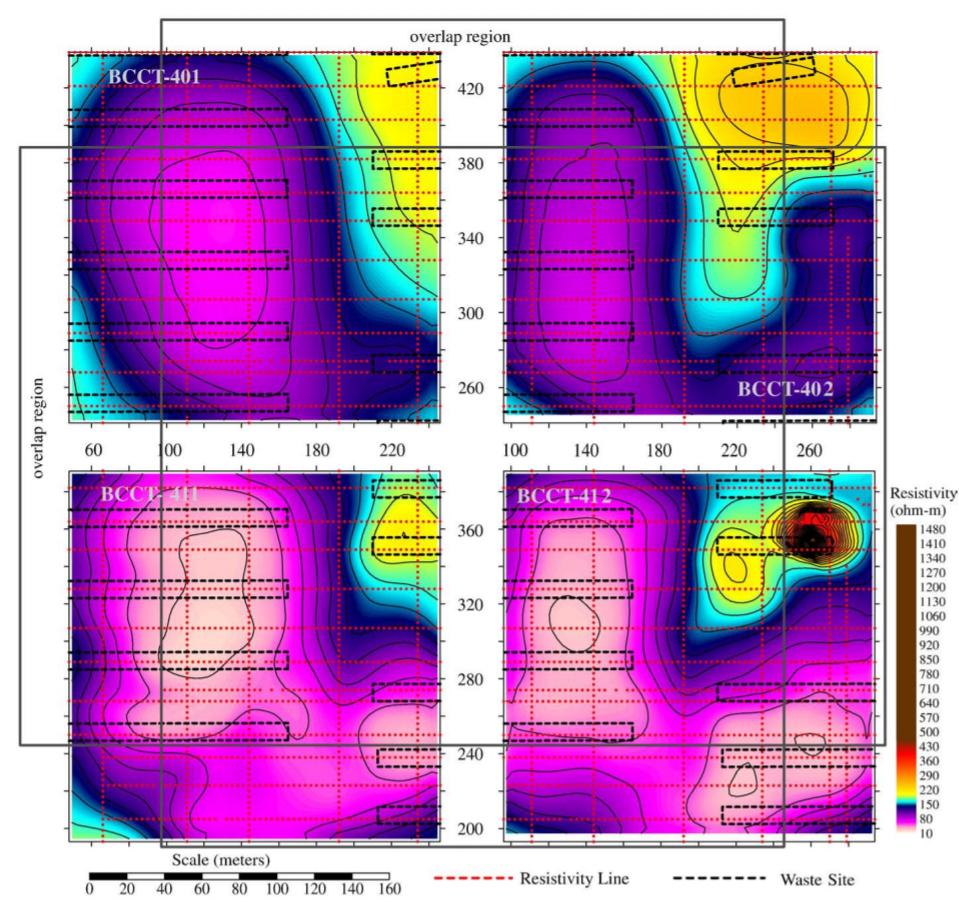 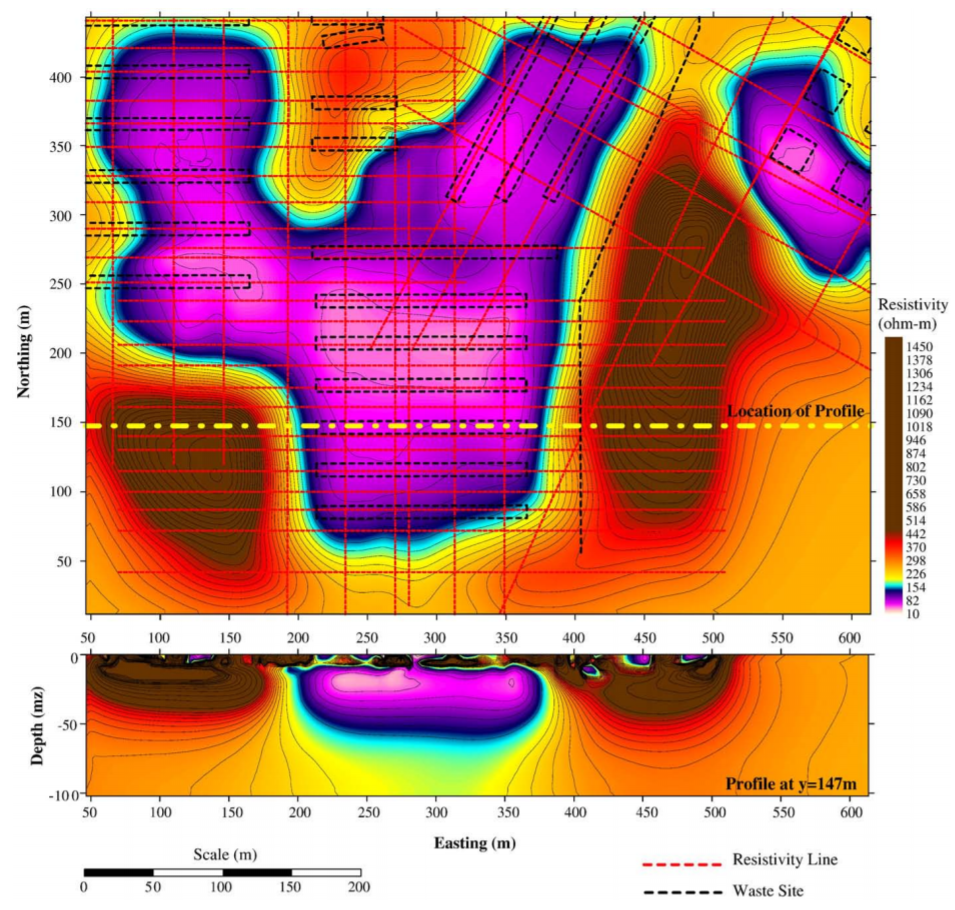 Figure 12: Contour of electrical resistivity and profile for the large domain (from Rucker et. al., 2009)

Using the resistivity contours of the entire site, researchers were able to see that the contamination had not reached groundwater. The project illustrated the drawbacks of breaking up a domain into parts, and the need for adequate computing capacity in order to develop a complete contour of the entire site.

In this paper, two case studies in India related to using electrical resistivity tomography in urban environments are detailed. Surveys conducted for both case studies used a multi-electrode system (Syscal Pro-96) and RES2DINV software for post-processing and computations. The first case study, which explores a contaminated site, will be discussed here. A site located in Karnataka, India where sludge generated from sugar mill effluent is composted was investigated. High rain events (i.e. monsoon season) generates leachate in the compost which is carried downstream and infiltrates into the groundwater in an area covering approximately 48 km2. Locations and concentrations of total suspended solids in groundwater were well understood and were provided by a total of 45 monitoring wells. A total of 18 surveys were conducted to better understand the hydrogeologic structure of the subsurface in the area based on variations in resistivity. The surveys used a total of 72 electrodes spread over 360 m lengths (5 m spacing between electrodes). The depth of investigation of the final profiles was between 40-60 m.

Figure 13 shows three resistivity profiles (PF1, PF2, PF3) used to understand the path taken by the contaminants in the subsurface. PF1 was measured just downstream of the composting lagoons. Thin sections of weathered basalt near the ground surface indicate weak zones with significant hydraulic gradients to quickly transmit leachate from the compost. PF2 was measured 150 m downstream from the lagoons, and shows a large section of likely contaminant transport. PF1 was measured 30 m from the lagoons and is indicative of leachate percolation into the groundwater. The subsurface hydrogeologic structure and paths taken by leachate was used in conjunction with recorded total dissolved solids measurements from groundwater monitoring wells to develop and recommend a pump-and-treat remedial approach. 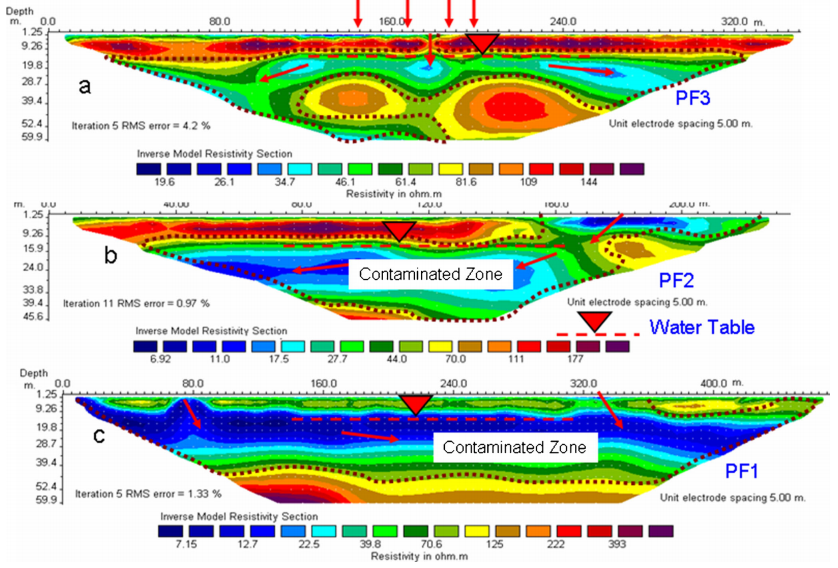 In this case study, an Electrical Resistivity survey was carried out to map subsurface contamination of a Dense Non-Aqueous Phase Liquid (DNAPL) beneath a housing estate. From 1921 to 1973, a factory in Northern France produced 100,000 tons of coke, 4,000 tons of crude tar, 1,100 tons of ammonium sulfate, and 400 tons of benzoyl. During that time, an estimated 2,000-20,000 tons of acid tar and approximately 300,000 m3 of process water containing phenols and ammonium sulfate were dumped into two tar pits. The tar pits, emptied in 1992 and 2004, sit upstream of a housing estate. In 2009, borehole tests suggested the contaminant plume had reached the estate.

The urban environment made conventional geophysical measurements difficult, so Electrical Resistivity Imaging was chosen to map the contamination. Due to the nature of the site, a non-conventional geometry was used: 226 electrodes placed in lines forming a “C-shape” surrounding the estate. This geometry is shown in Figure 14. A dipole-dipole configuration was used to collect both 2D profiles and 3D surface grids, also shown in Figure 14.

Dec, 05, 2017 Carefully-selected case studies in the field of Electrical Resistivity Surveying for Characterizing Contaminated Sites. Found them very interesting, and I also liked a lot the summary of the most important points at the end. Very useful!

Thank you for your interest in our project. We appreciate the comments.

Thank you for your feedback. We have added additional bullet-points to conclusions section highlighting some pros/cons of electrical resistivity surveys related to the selected case studies.
Regards,

Dec, 11, 2017 Thank you for an interesting project. I was wondering if you have been able to put together any type of table/guidance of the resistivity values encountered for different types of contamination (i.e., like your Table 3 but for contaminants).

Thank you for providing feedback. We have added two figures showing examples of resistivity/conductivity values of contaminants or contaminated soils. 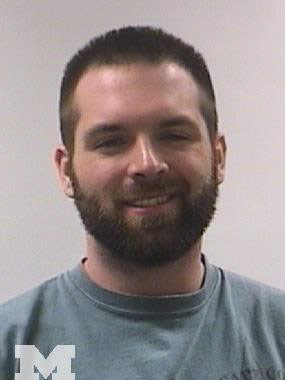 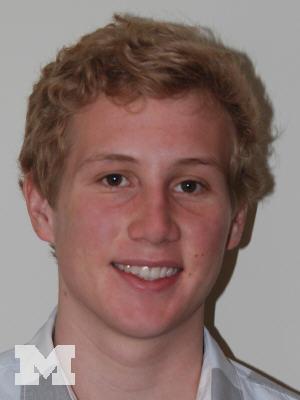 The New Humboldt Catalog is Here!