The history of micropiles stems over seven decades ago from Europe though widespread acceptance and standardization of the technology is more recent and has not matured for as long as its first documented use in 1950s Italy. Micropiles were largely introduced as a solution to provide additional support to unstable structures. Present use cases still reside primarily within the context of deep foundation design engineering. With more documented usage of micropiles in broader applications, the body of knowledge in this niche of foundation design accumulates. This paper aims to provide students with interest in geotechnical and/or foundation engineering basic understanding to the use of micropiles in deep foundation applications. It introduces the reader to the basic use of micropiles, provides theoretical background knowledge on bearing capacity calculations, and explains the functionality and benefit of micropiles within the context of expansive and karstic ground conditions. Though beyond the scope of the paper, micropiles are also a viable option for other geotechnical engineering design challenges, namely with regards to slope stabilization, earth retention, and ground strengthening. In addition to bearing capacity considerations, the practical micropile design process also accounts for settlement requirements, but the theoretical calculations for this design consideration is not covered in this paper.

Micropiles are deep foundation elements used for structural reinforcement between above grade structure and below grade soil structure. Micropiles (or minipiles) are small diameter, cast in place grouted columns used as load transfer elements from the supported structure above grade to the sub-soil skeleton. The Federal Highway Administration (FHWA) categorizes the use of micropiles between structural support, encompassing all usage of micropiles in the extent of foundation reinforcement and seismic retrofitting, and geotechnical support, encompassing the smaller portion of use for in-situ ground improvement relating to slope stability and differential settlement (Sabatini et. al 2005). Publications by the FHWA in the late 1990s detailing the practical use of micropiles largely contributed to the legitimization of the use of micropiles for addressing design challenges as it relates to structural support or in-situ ground improvement techniques.

Whether micropiles are utilized for structural or slope stabilization purposes, there are several key considerations that would favor the use of micropiles. Some of these considerations are based on site conditions (e.g., pile driving can induce liquefaction), machinery access (e.g., remote environments, small spaces, and existing obstructions), and cost (e.g., determining if the cost per kilonewton of force provided by the micropile installation is financially acceptable). Though micropile installation can vary due to drilling techniques and the considerations previously stated, the installation process can be generalized to three steps: The first step is drilling a hole wherein the support element will be casted in. Depending on the site conditions, the most cost-efficient and least disturbing drilling technique can be employed along with drilling liquid (slurry) or outer drill casing to prevent internal collapse while drilling to the desired depth of a competent soil stratum. A steel rod is inserted securely along the centerline of the bored hole (step 2) and the opening is encased with grout from the top of the competent layer to the desired length of the micropile element (step 3). Variations of the reinforcement material and grout used are integrated in the design process ensuring the load is sufficiently supported either by the skin friction between the grout-soil interface, the end bearing capacity, or a combination of both. From previous studies and experimentation, we know that as deep foundation elements, micropiles will largely derive its bearing load from friction between the soil-grout interface. An additional layer of complexity in creating a micropile element is introduced in the installation process of the grout itself. Figure 4 visually highlights four types of micropiles with differing grout installations ranging from simple grouting with only gravity head (Type A) to a two-step process using pressurized grouting method (Type D), which reveals a modified profile of the end product of the micropile (Perkins 2015, Shong and Fong 2003). See appendix for Details of Micropile Classification Based on Type of Grouting (after Pearlman and Wolosick, 1992). Different type grouting is a function of cost, availability of materials, and the intended design capacity of the piles.

The following section introduces past literature detailing different methodologies for calculating the ultimate bearing load of a single pile. It is worth noting that the information herein is not inclusive of all other methods for calculating load bearing capacity of a vertical pile (e.g., using SPT/CPT and field load testing). Further design requirements relating to settlement considerations is also crucial for practical implementation of micropiles in foundations, but is not explicitly covered in this paper.

The general equation to determine the ultimate bearing capacity load Q this foundation can support is defined as:

Point bearing load at the end base of a single pile:

Load dissipation through piles is largely through the soil-grout interface as stipulated by the theoretical understanding of the pile bearing capacity and validated through prior independent experimentations. Despite its smaller diameter, micropiles do have an end bearing capacity, but it’s often negligible. As a stabilization technique, micropiles can be implemented to locally improve carrying capacity to support the loads from the structure above.  The specific cases we will generalize are the use of micropiles on cohesionless and cohesive soil. 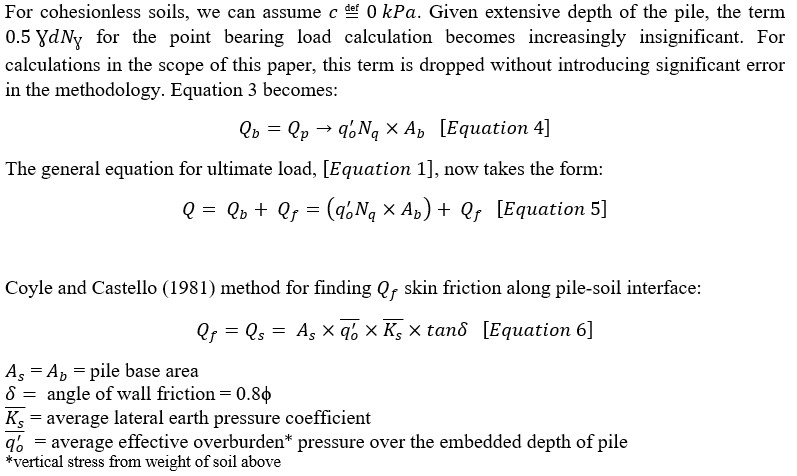 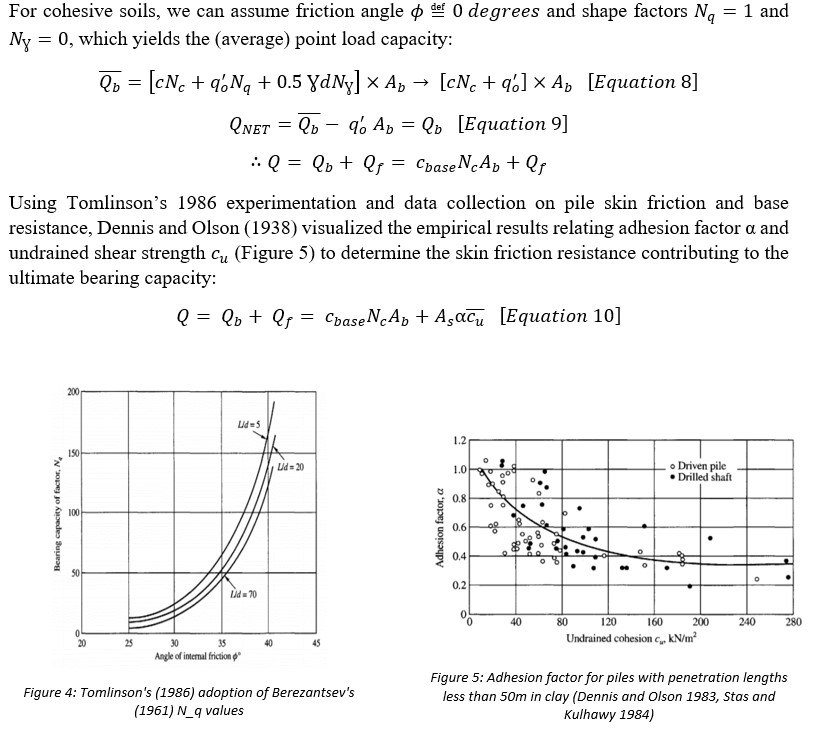 Design challenges rooted from site characterization of unfavorable site conditions can be a good opportunity wherein micropiles can be implemented. The following section features two scenarios where micropiles were used specifically addressing site conditions with expansive soils and karst topography.

Expansive soils pose a design challenge for geotechnical engineers because, by nature, this element is dynamic and so micropile design considerations must account for a tolerable range of fluctuations in soil volume. Expansive soils can be found in large swaths of southwestern United States, India, and Australia, and some parts of Africa and the Middle East (Bowles 1996). These regions experience cyclical dry and wet seasons which drive the volumetric expansion and contraction of soil structure as water content in the soil fluctuates over different seasons. Designing a structure on top of these soil structures, regardless of whether construction was done over the dry or wet spell periods, will subject the structure to contractive or tensile forces, inducing a pressure differential on the base of the structure, along the soil-structure interface, creating cracks permeating from the soil-structure interface.

Building an adequate foundation in such cases where the high plasticity soil conditions pose serious risks of differential settlement, micropiles can be integrated into a concrete slab design to secure the structure into a depth of stable soil strata (Kalantari 2012). Given poor soil structure, the bored piles are embedded through the dynamic layer onto the stable zone layer. This stable zone is not necessarily at bedrock, it is simply a soil structure that does not undergo cyclic volume changes to offer counteractive tensile forces along the soil-grout interface against the uplift pressures from the swelling soil. Figure 6 illustrates a schematic of this concept with a pile/pier experiencing uplift at the unstable zone and resistive pressures at the stable zone. The figure also shows that the grade beam is elevated on piles, trapping air pockets between the slab and the vertical elements, which would facilitate “air circulation and evaporation below the structure [and can lead to] minimal disturbance to the water content of the swell-susceptible strata” (Patel 2019). These air pockets also provide free space for the dynamic soil to expand, which will prevent excess buildup of pressure; cavities in waffle cone slab designs serve this similar purpose. In this case, because the dead load from the structure is not necessarily transferred to the end of the pile, the load path design of this slab-pile hybrid relies more on the skin friction along the surface of the pile to transfer the load to the ground than the end bearing capacity. Though Kalantari did not specifically take note of this benefit on the paper, we assume that in this generic design scenario, the associated cost from removing and replacing the unstable layer outweighs the supplemental material and labor cost for integrating micropiles to the foundation design.

Unlike site conditions for expansive soils where volume change and associated uplift pressures are the prime design drivers, design considerations for karstic conditions are driven by absence of soil volume. Karst topography is characterized by heterogeneous distribution of voids, caves, and sinkholes from dissolution of carbonate rocks, such as limestone and dolomite. Naturally eroded by the scour of water flow, karst topographies are not directly suitable for construction activities due to fractures and joints that compromise an otherwise competent hard rock stratum (Traylor et al 2002). A thorough site investigation is critical when in karstic environments where soil conditions likely have a high degree of variability from one exploratory borehole to another.

The Sanita factory located in Zouk-Mosbeh, Lebanon was subject to the same constraints having been designed on a one-meter thick high plasticity silt cover on top of a karstic rock formation (Ballouz 2012). Although access to a hard rock stratum merits a shallow foundation design to transfer structural loads to the bearing soil, unstable and unpredictable conditions from the weakened geography needs critical design consideration. The original designs included seven strip footing foundations to be excavated at bedrock (Figure 7), but it proved to be time and cost inefficient. Ultimately, a combined micropile and footing foundation (CMFF) was utilized for this project where the end bearing capacity of the footing and the frictional capacity of the micropiles both contribute to the ultimate bearing capacity (Figure 8). Across all the spread footings supporting the structural elements of the Sanita factory, a total of 386 Type B piles, grouped beneath each footing, were used. Pressure grout injection pushed the cohesive material along the full length of the pile as well as the preexisting fissures in the rock to help ensure a strong bonding zone between the pile and the surrounding soil and rock. On-site axial compression static load tests were conducted to determine the load deflection characteristics of the pile-soil foundation and ultimately learn a safe bearing capacity that can be applied to the piles. Figure 9 describes the load transfer relationship between the applied load and the depth of the pile, which again reaffirms that end bearing capacity of piles contribute a minor difference to the ultimate bearing capacity. The use of micropiles in this project proved to be cost and time efficient: reducing the labor and material costs for more excavations and optimizing the project schedule to locally excavate at multiple footings at the same time.

This paper offered an introductory understanding on the use of micropile technology for deep foundation applications in expansive soils and karst topographies. Drawing largely from the theoretical formulations of Vesic, Coyle, Castello, De Beer, Tomlinson (1986), Dennis and Olson, and Meyerhof, this paper presented the static bearing capacity equations used for determining the ultimate bearing capacity of a single pile. Though not explicitly covered in this paper, micropiles are always designed in groups and they are also designed under specific settlement criteria aside from carrying capacity considerations. Ultimately, the paper provides broad explanation of the calculation methodology for the design carrying capacity of micropiles and offered two real life applications of these deep foundations for expansive soils and karst topography. 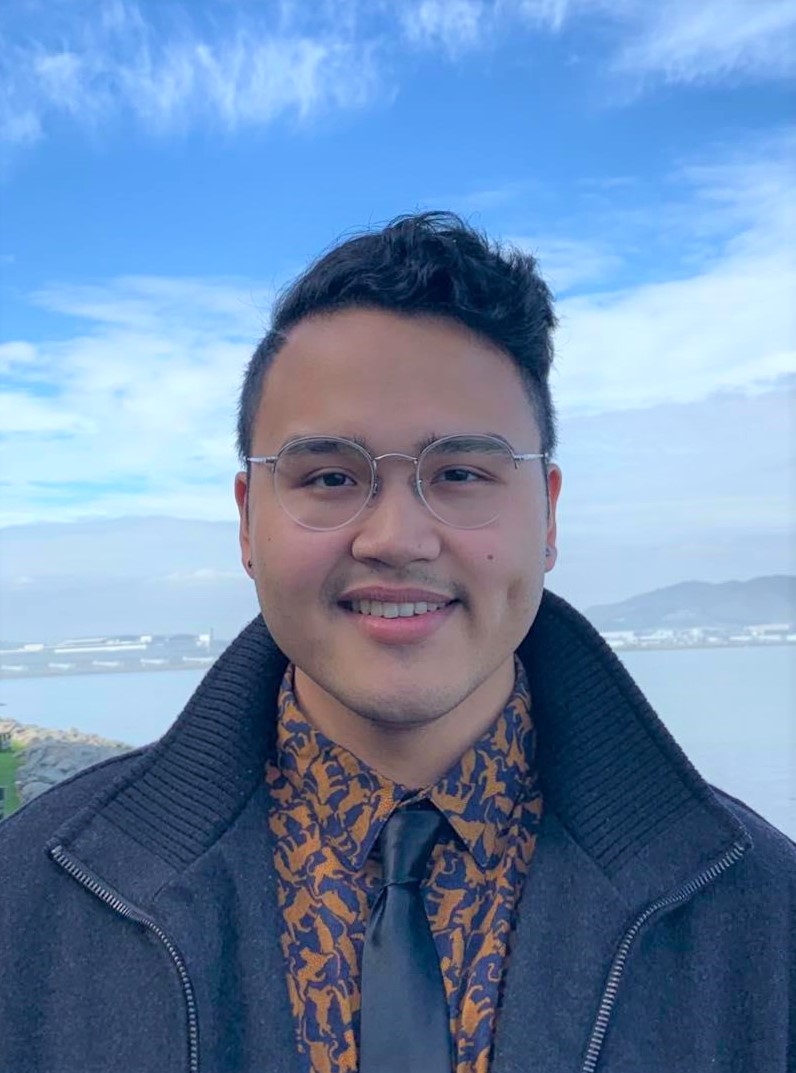 Geoprofessional Finalists in the 2022 Going Digital Awards in Infrastructure

Slide3 and RS2 : The Tools of Choice for Back-Analysis of an Open Pit Mine Highwall Failure