After two days of heavy rain and wind, a series of landslides along Highway 112 and debris covering Highway 101 have effectively prevented anyone from leaving or entering the town of Makah Reservation.  Makah Reservation is an Indian reservation of the Makah Native Americans located on the northwestern tip of the Olympic Peninsula in Clallam County, Washington, United States. A landslide has completely covered the road along a stretch of Highway 112 closest to the town and near Clallam Bay.

Because of the landslides , the major highway leading to Neah Bay and the Makah Reservation is closed. Forks and Port Angeles are the closest cities to the town at the tip of the Olympic Peninsula, at an hour and two hours away, respectively.

“We like to call it the beginning of the world,” said executive assistant for the Makah Tribe Rose Taylor. “You can’t go any further.”

Taylor said as of Wednesday afternoon, there have been no updates on when the stretch of Highway 112 that leads to the reservation will be cleared.

The town, which has a grocery store and a convenience store that are restocked once a week, was already due for another delivery when the landslides occurred, Taylor said. There is still some meat remaining, but staples like bread and dairy are short, she said.

Taylor said the 1,300 residents of the town are accustomed to minor road closures during the winter and usually have a stockpiles of food since other grocery stores are a long drive away.

While Neah Bay never lost power or water, the road closures have been a challenge for anyone who was out of town during the landslides, anyone looking to see a specialty doctor and teachers who work at the local schools.

Purchases of gasoline were initially limited to five gallons but were then reserved entirely for emergency services, Taylor said in an interview on Wednesday morning.

The tribe is currently coordinating with the Department of Commerce and other agencies for a fuel delivery through back roads managed by the Department of Natural Resources, she said. Some boat owners in the town are also looking to go to Port Angeles to pick up supplies. 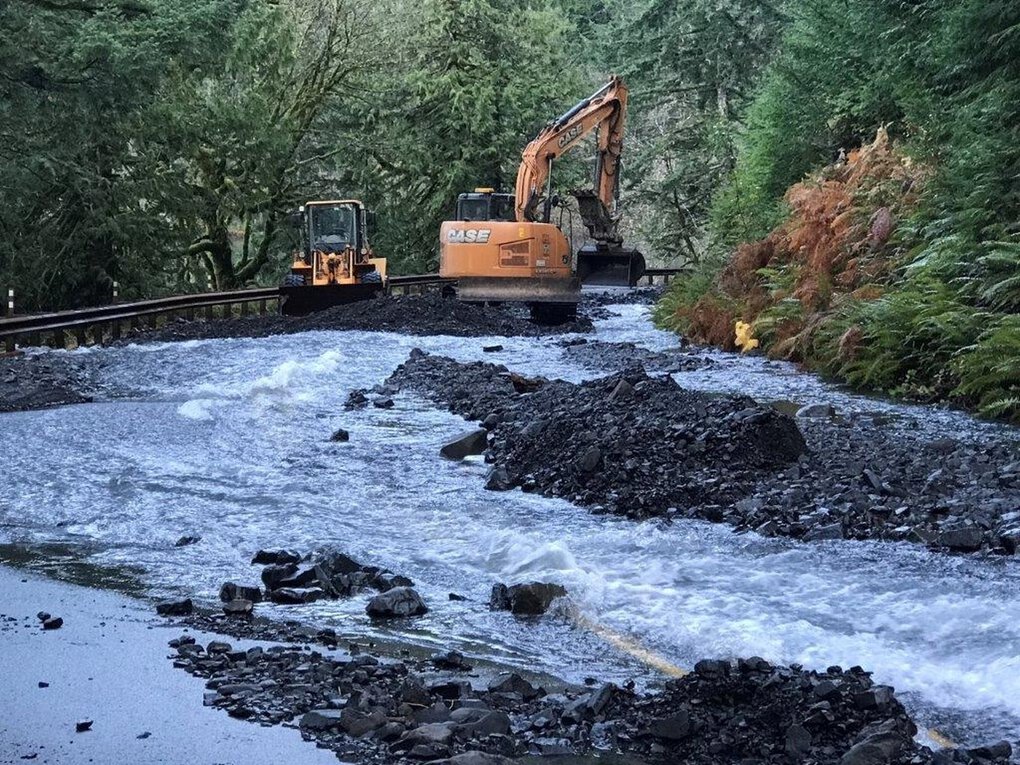 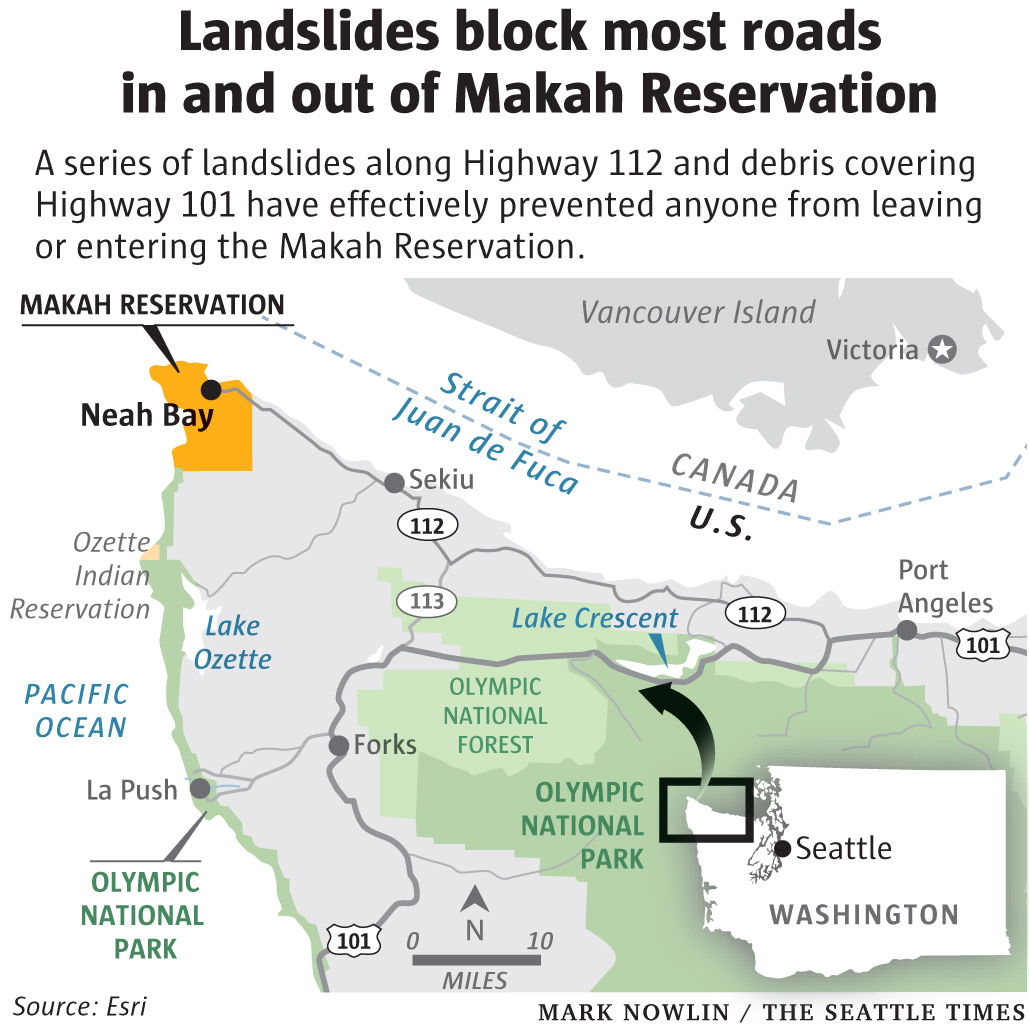 The state Department of Transportation hopes to reopen Highway 112 early next year following a land...

Signs of the landslide were first discovered on Tuesday, April 4 by Washington's Department of Trans...

A section of Highway 1 in California re-opened 14 months after a major landslide buried the road whi...

Heavy rains in northwest Colombia sent a wall of earth crashing onto a winding road, swallowing up...

An emergency flood warning has been issued for a South Australian town due to the “high risk” of a...