A 45-meter section of California's Highway 1 has been swept away by a large landslide.

Highway 1 is the longest route in California stretching for more than 1,000 km and running along the western coast of the United States. However, it is situated on relatively steep slopes that are prone to coastal erosion and have historically caused landslides and subsequently, structural damage. According to certain reports, the Highway has not been continuously operational for more than a year since its opening in 1937.  “This road is prone to rockfalls and slides, and this is just the nature of the highway. We built a road on the edge of a continent, and we have the forces of the hillside and the ocean always at play,” Kevin Drabinski, a spokesman for the California Department of Transportation, stated.

The ground failure struck Highway 1 near Rat Creek (around 32 km away from Big Sur) on Friday, January 29, 2021. A large section of the road and massive amounts of debris ended up into the Pacific Ocean. Drone Footage from the failure can be found in the Media Section below.

Based on the existing sources, it is probable that intense rainfalls triggered a debris flow above the roadway which destroyed the drainage infrastructure and caused soil saturation and pore-water pressure to build up beneath the road.  The increase of pore-water pressure in saturated soil results in a significant loss of shear strength and can be a triggering factor for landslides. It is probable that additional materials (e.g. debris, trees, boulders, etc.) that were deposited at the roadway the previous day, increased the stresses applied to the soil beneath and contributing to the landslide. Fortunately, authorities had closed the highway on time and no casualties were reported.

Scientists believe that the ground failure is associated with the wildfires that have devastated California in the past years. The absence of vegetation makes the absorption of rainwater impossible and results in extensive floods and in debris flows like the one that triggered the current failure. The area of the collapse lies near a region that was impacted by the Dolan fire (August 2020) and received more than 400mm of precipitation.

The section of the roadway will remain closed for a significant amount of time while the total cost of repair works has not been determined yet. Travelers can use a parallel highway (U.S. 101) to avoid the damaged section but the distance and time of travel are significantly increased.

The roadway failure has attracted the attention of interest but, there are 60 more locations along the highway that were also impacted by falling debris. Extensive repair works are being implemented to restore the affected sections.

In 2017, a massive landslide struck Highway 1 at Mud Creek, Big Sur coast. The landslide impacted a road section of 250 meters. It measured more than 10 meters in depth and carried away more than 1 million tons of debris. 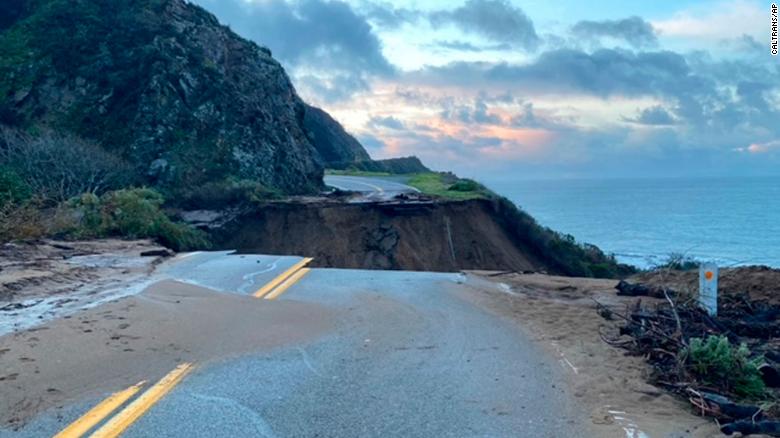 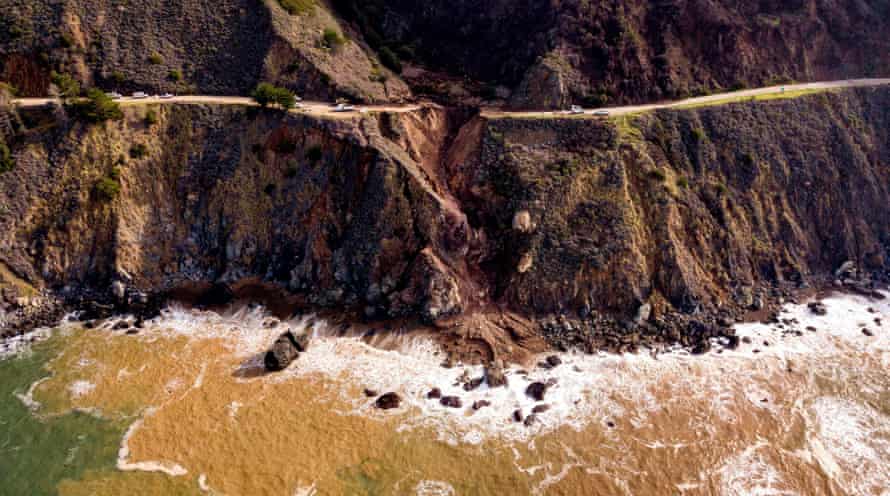 Part of the mountainside went off into the Pacific Ocean, covering up a big part of scenic Highway 1...

A section of Highway 1 in California re-opened 14 months after a major landslide buried the road whi...

A major highway in India was closed due to a large rockslide. The landslide struck on Saturday, Sep...

What caused the massive landslide in California's Big Sur

Scientists have conducted detailed investigation about the causes of the Mud Creek&nbsp;major landsl...

Signs of the landslide were first discovered on Tuesday, April 4 by Washington's Department of Trans...