Bringing life back to the Colorado river delta

A unique ecological experiment in the US history is about to take place in the delta of the Colorado river. The agreement signed by seven states and two countries involves the release of a 130-billion-litre pulse of water, which is gradually being released from the Hoover, Davis and Parker dams and stored behind the US-Mexico border located Morelos dam (see photogallery below). According to Karl Flessa, a geoscientist at the University of Arizona and leader of the scientific team, the purpose is to "engineer a spring flood" and study the response of the delta after its union with the river.

Water has started flowing in the dry riverbed on 23 March and will continue for the next eight weeks ultimately covering an area the size of a Manhattan city block with a column six kilometres high. After that, water will continue flowing into the area, summing up to 64 billion litres, over the next three years. Flessa and his team have installed temperature and moisture sensors across the flood area to measure the time of arrival and the rate of water penetration into the soil, while laser scans and satellite images will reveal the way the water restores the area. Moreover, scientists estimate that the flood will create additional space for the 380 species of plants and animals native to the area, including about 30 migratory bird species, which use the area as a stopover point.

Apart from its size, the experiment is noteworthy since according to Michael Cohen of the Pacific Institute in Oakland, California, it the first time water is crossing the US-Mexico border for environmental purposes, as a result of 20 years of negotiations. 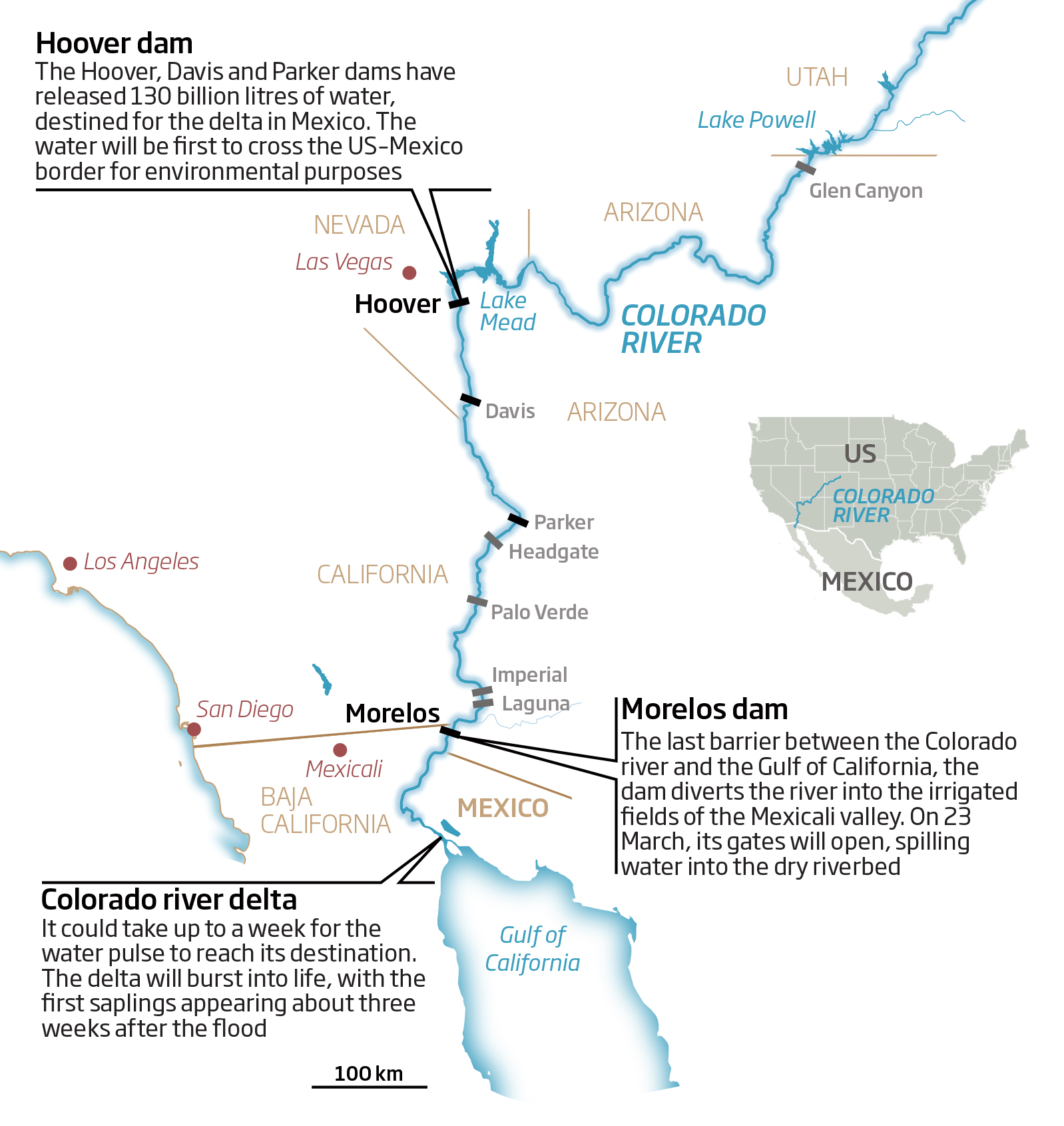