The Fire and Rescue Department has rescued nineteen people, including four children stranded at Jalan Genting Perez-Kuala Kelawang, following a landslide on Sunday.

The Director of Selangor Fire and Rescue Department, Norazam Khamis, said the first incident involved two victims, one of who was injured on the leg.

He said they received a distress call about 4.30pm about two men trapped in a landslide.

“Both men, 22 and 23-years-old were rescued about 1.30am today. One of them had an ankle injury caused by a tree that fell during the landslide,” he said.

In the second rescue operation, he said a family of 17 including four children, all aged between five and 54-years-old were also stranded following the landslide.

"We were alerted about midnight and a rescue operation was launched to rescue the group which was about 5km in the interior. They were all safely brought out at 5.30am today," he said.

He said a total 21 personnel from the Semenyih Fire Rescue station, the Special Tactical Operation and Rescue Team (Storm) and police assisted in the rescue process. 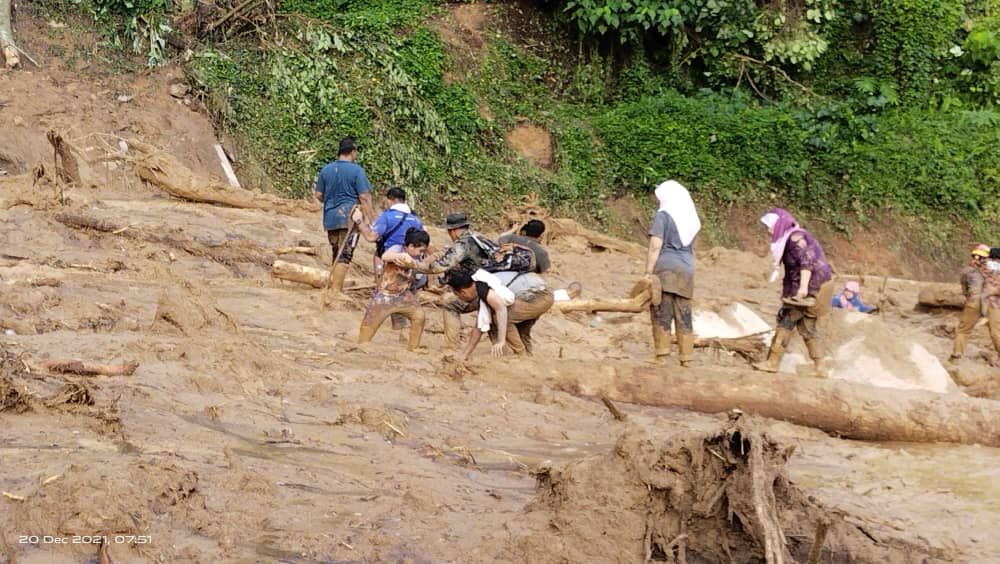