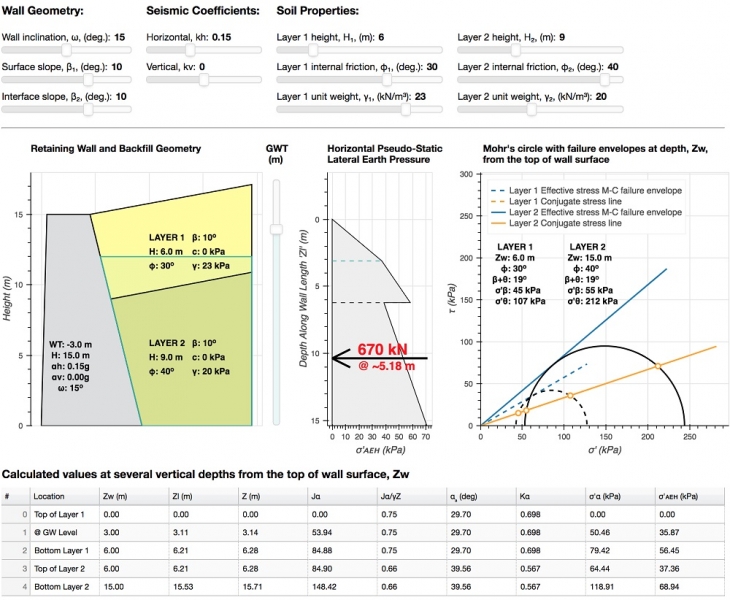 The Rankine classic earth pressure solution has been expanded for the calculation of seismic earth pressure on rigid retaining walls supporting c-Φ phi backfill. The expanded solution is based on the conjugate stress concept, without employing any additional assumptions. A single formulation is used for static and pseudostatic seismic analyses of active conditions. A closed-form expression, as opposed to the constant value commonly used in practice, has been derived for the soil-wall friction angle as a function of the inertial forces and problem geometry for a given pseudostatic acceleration. The method is much easier to use than tedious analysis required in commonly used methods.

Seismic lateral pressure increases with depth, and the point of application of the resultant is calculated based on stratigraphy. Comparison of the formulation with the widely used Mononobe-Okabe solution revealed a perfect match for the proposed predictions, provided the same soil-wall friction angle is used in both formulations.