The spillway of Whaley Bridge dam which partially collapsed last year will soon be replaced.

Whaley Bridge dam is situated in Toddbrook Reservoir about 23 kilometers southwestern of Manchester in England. The reservoir incorporates an area of 1700 hectares and feeds the Peak Forest Canal reservoir.

In August 2019, the spillway of the earth dam suffered critical damage and around 1500 residents from Whaley Bridge town were forced to evacuate their houses in fear of a worse failure. The partial collapse came after heavy rainfalls that struck the region.

About 400 tons of aggregates (a mixture of sand, gravel and stone) were dropped at the damaged section of the dam via a Royal Air Force (RAF) helicopter to stabilize the facility.

An investigation that was later issued revealed that the failure was a result of the spillway's insufficient design. In particular, according to the report issued, the initial design of the spillway was inadequate and its poor condition was exacerbated by the poor maintenance. The report suggested that with proper maintenance the spillway would not have failed but it wouldn't be able to withstand a maximum flood scenario. David Balmforth, visiting Professor at the Department of Civil and Environmental Engineering at Imperial College London who led the project stated that "the incident at Toddbrook Reservoir is a sharp reminder that all our reservoirs need to be looked after and managed well."

The spillway had shown signs of instabilities before. Its crest experienced a sudden subsidence a year before the failure and the chute spillway began settling in early 2019 until the time of the partial collapse.

Currently, the damaged spillway is being replaced. According to proposals, it will be removed and the area will be covered by a "grassy slope". A new spillway will then be established.

According to officials, there are two prevailing solutions concerning the location of the new spillway. The first one suggests that the new spillway will be constructed to the left of the old facility. The new structure would pass by the Whaley Bridge Sailing Club car park which will have to make certain modifications.

The other alternative sets the establishment of the new spillway to the right of the collapsed part. The new facility will pass by Whaley Bridge's memorial park.

The final decision will be made within the next months. Construction works will initiate in 2021 and will probably finish in 2 years at a total cost of $12.8 million.

Until the project is completed, pumps will operate to maintain the reservoir water level at a low level. 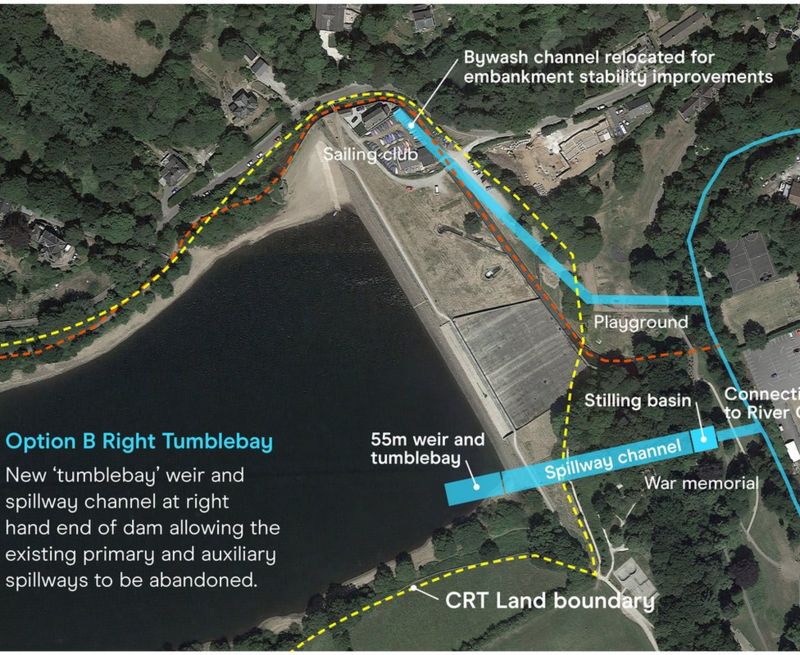 Excavation and repair works will be conducted in...

A significant step has been made for the completi...

A key benefit of Hubbell's helical piles is the a...

Advanced 3D tools such as SVDESIGNER offer a l...

CHANCE's (a Hubbell company) helical piles were u...