Spaulding dam is an arch dam with a constant radial curvature. The geologic area consists of igneous intrusive rocks. In the picture below you can see the spillway which is not part of the dam structure. This is the site behind the spillway. You can easily see that there is a small canyon. This canyon, which is very deep but is not shown in the picture, was formed by the erosion of the water which comes out of the spillway, in the direction shown in the picture. The speed and the quantity of the water are the cause of this erosion. You can see that concrete was poured on the rock surface, in an attempt to minimize the erosion which could destroy the rock below the spillway and lead to the destruction of the spillway and of the reservoir.

Information collected during the field trip in the Sierra Nevada, as part of the "Engineering Geology" course curriculum, instructed by Professor N. Sitar, Department of Civil & Environmental Engineering, University of California at Berkeley. 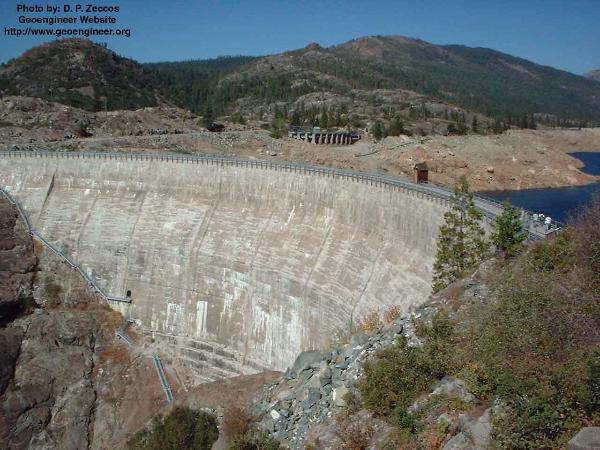 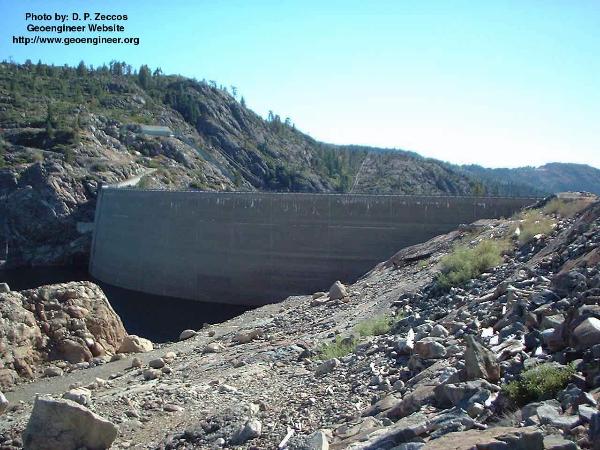 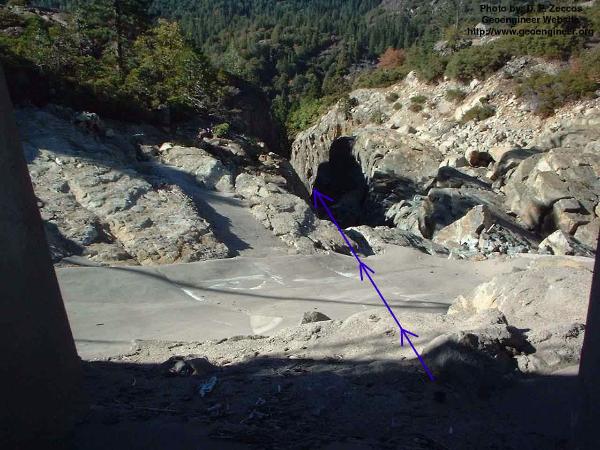 Introduction The Brazilian Test is a labor...

Keynetix leads significant BIM for the subsurface Project; expected to be completed in 2017