Tornados, landslides and heavy rain hit several parts of western Greece on Friday, causing damage to buildings and flooding on many roads throughout the region.

Particularly hard-hit was the Ionian island of Zakynthos. Several hotels were damaged when a tornado hit the area of Kalamaki, which is a popular tourist resort in the summer. However, no injuries were reported.

Severe weather also hit the city of Zakynthos, Argassi, and Vasiliko, where houses and businesses were flooded, while tons of mud closed the provincial road leading from Argassi to Vasiliko. Gale-force winds and torrential rains caused landslides in other parts of the island as well.

The severe weather also hit further west on mainland Greece, causing landslides in the city of Nafpaktos. Two police cars that had been parked at the foot of a hill were badly damaged.

According to the National Meteorological Service, the storm system is affecting Greece on Friday from the west, bringing strong rain, thunderstorms, and gale-force south south-westerly winds of up to 8 on the Beaufort scale (39-46 mph).

The weather phenomena which started in the Ionian Sea on Friday morning will gradually spread to Epirus, west mainland Greece, the western Peloponnese, and then to eastern Macedonia, Thrace, and the north Aegean.

Another weather front is forecast to arrive in Greece on Saturday, bringing more strong rains and storms, with the phenomena continuing into Sunday and Monday; some areas of the country may also have hail. 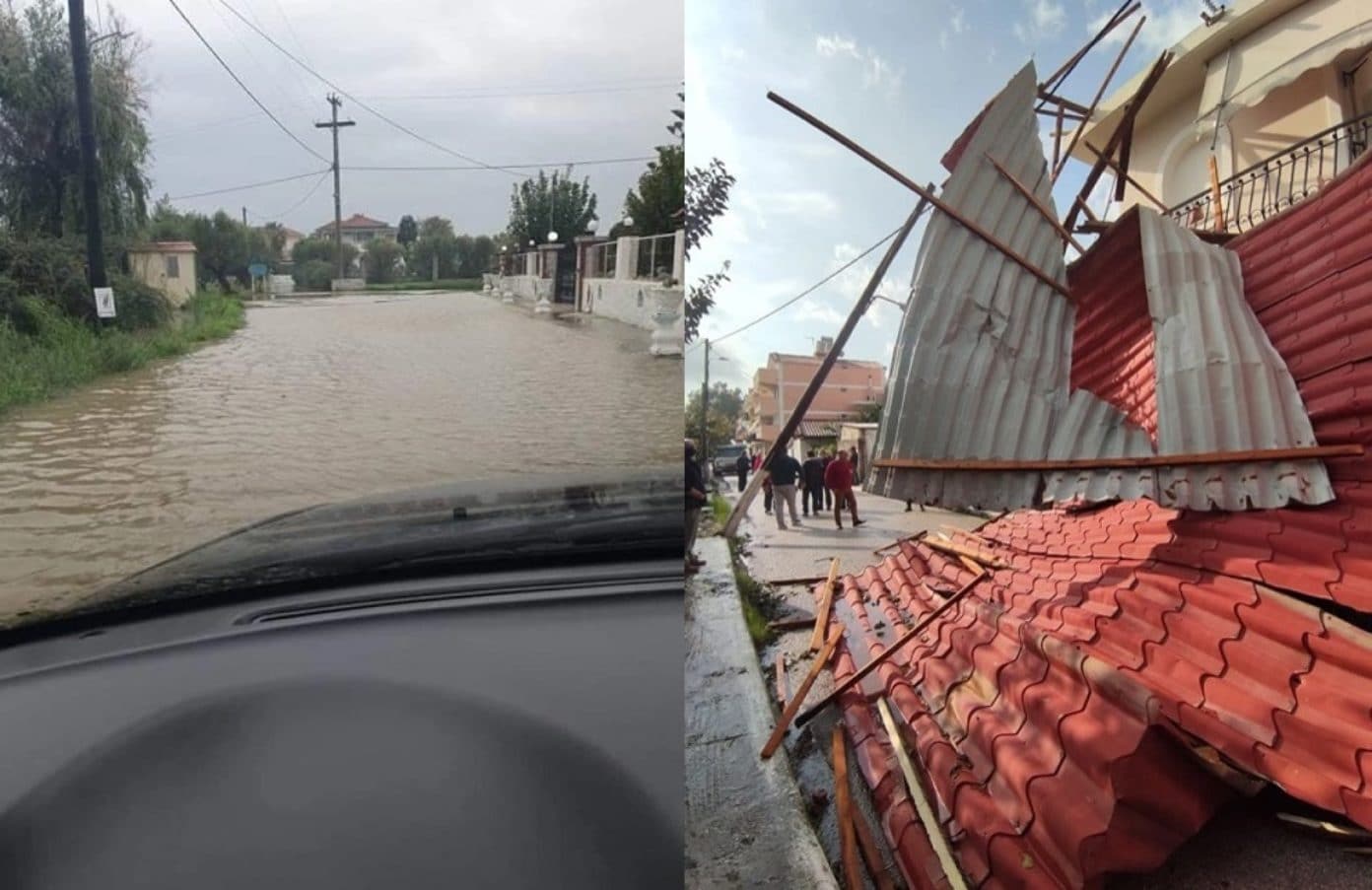