The victims were identified as Kahan Chand of Uttrakhand and Jitender Singh and Ashok of Rajasthan, the official said, adding they were hit by boulders during the landslide near Menus Road on Hatkoti-Paonta Sahib National Highway number 707.

The Sirmaur district administration sent sub-divisional magistrate and patwari to the accident site and the bodies were sent to Ronat in Shallai and Chopal for autopsy, he added.

Earlier in the day, Governor Rajendra Vishwanath Aklekar presided over the meeting of experts through virtual mode to discuss frequent landslides in Himachal Pradesh and steps to be taken to mitigate their effects.

The Governor stressed on the need of implementing scientific and engineering solutions to mitigate the losses occurring due to landslides.

He asked the experts and authorities to provide a holistic solution within a time-frame to make the state as a role model for landslide risk resilient state.

“He asked to identify the area vulnerable to landslide hazards and calculate the risk taking into consideration the exposure and vulnerability. He said that the task force should work on geological inputs and civil engineering parameters,” a government spokesperson said. 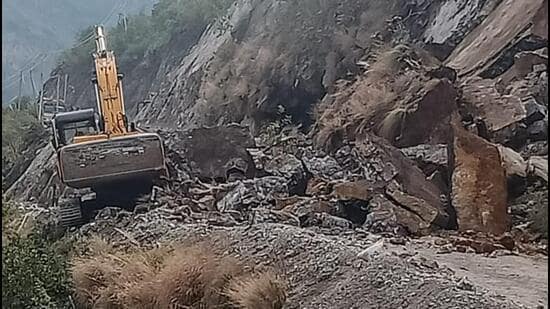