The Whitney Portal area closed to the public after being impacted by a co-seismic rockslide.

According to the United States Geological Survey (USGS), the seismic shock was shallow as its epicentral depth was 4.7 kilometers and therefore it was felt at relatively distant areas including Las Vegas, Sacramento and San Diego. The main event was followed by more than 200 smaller aftershocks ranging from M 1.0 to M 4.6.

No victims have been reported yet and the infrastructure damage due to the earthquake is minor.  People in Lone Pine described the event as being "intense" but the buildings were not affected. “It just felt like things were rocking a little bit. Everybody just kept going on. Everything stayed in place, surprisingly,” Candee Miller, a local worker at a store in Lone Pine, stated.

Even though no extensive landsliding was reported, a series of rockslides were triggered in the Mt. Whitney area which is located near Lone Pine. One of them struck near a parking lot at Whitney Portal. At that time, there were around 40 vehicles in the parking area. Most of them were covered with dust but, none was hit by the rock boulders. Fortunately, there were no reports of injuries associated with the rockfall incident. Whitney Portal was temporarily closed and camp areas were evacuated.

John Chrissinger who was in the picnic area at Whitney Portal describes the moment that the rockslide struck the parking lot: “There was a thunderous crash and you could see part of the mountain coming down, lucky that we were on the other side of the portal road, I did not have time to video the landslide it all happened so fast, was over in 30 seconds. Funny it was just dead silence and all the dirt rising up after the slide. Felt really eerie," he said.

The Inyo County Sheriff's Office captured a vast rock boulder that rolled down the hill and fortunately stopped in a plain area away from infrastructure facilities.

It is still not clear whether the Mount Whitney Trail has been impacted by rock debris. Authorities could not conduct an immediate investigation as aftershocks could trigger subsequent failures, however, the route of the trail will be assessed in the following days. According to updates on June 28, 2020, the trail is still closed.

Authorities have also launched a search operation regarding potential hikers that could have been impacted by the rock slides and need assistance. 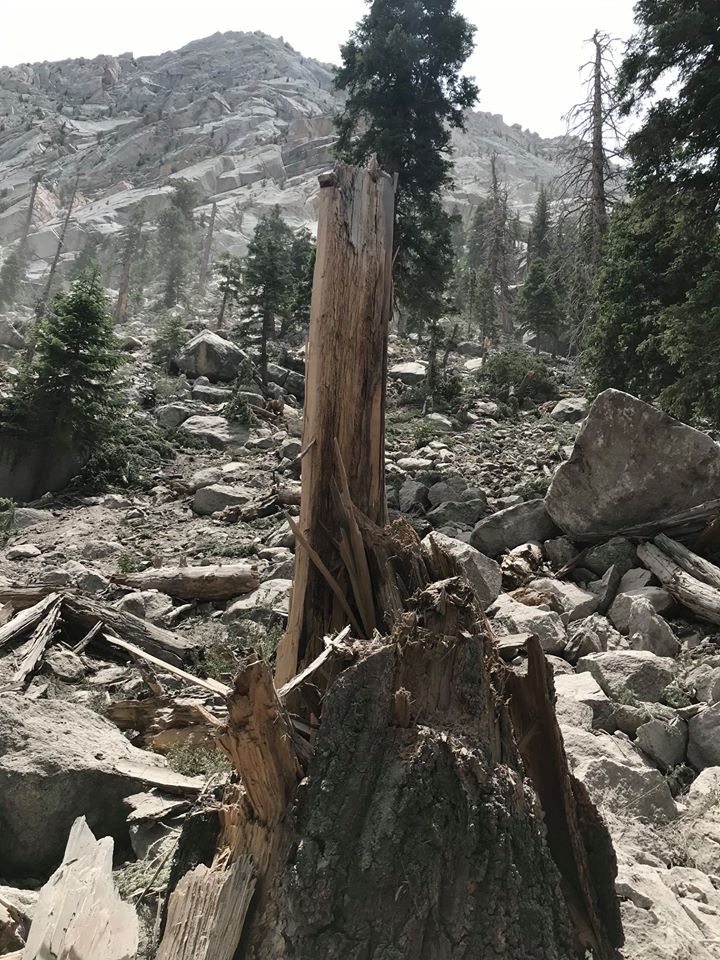 A M 6.0 earthquake struck near the California and Nevada border on July 8, 2020. The seismic shock...

A massive M 7.8 earthquake that hit off the coast of Alaska, forced authorities to issue a tsunami...

A massive earthquake struck off the coast of Alaska prompting a tsunami alert for a large part of t...