A retaining wall collapsed along the Manistee Channel, in Michigan, United States.

The Riverwalk crosses the shore of Manistee River from downtown Manistee to Lake Michigan. It is designed for recreational activities including fishing, picnics, and walks.

The retaining wall, which consisted of cement blocks and was located near Cherry Street, gave way on March 28, 2020. It was constructed to protect a parking lot next to Manistee channel.

The wall had been deteriorating and officials had decided to implement reconstruction works. The incident occurred 2 days before the beginning of the repairs.

According to Jeff Mikula, Manistee Department of Public Works director, the stability of the wall was compromised after winter rainfalls, including a heavy storm that occurred about 2 weeks before the collapse, eroded the ground below.

In particular, erosion resulted from a combination of strong winds that trigger waves and the high water level of the channel. According to data collected the day before the failure, the water level in Lake Michigan was more than 35 centimeters higher than the corresponding level in 2019. As a matter of fact, the water level is expected to rise by another 10 centimeters in April 2020. Therefore, another issue that emerges is flooding across the riverbank that may result in infrastructure damage.

The retaining wall will be repaired but the total cost of the project has not been clarified yet. The debris from the failure will be left at the channel until a permanent solution is found. “The collapsed blocks will remain in place and may actually assist in reducing erosion until permanent repairs can be made,” Mikula stated.

The area will remain closed to locals until normal conditions are restored and the damage is repaired. Authorities aim to begin reconstruction works by Autumn, 2020 and are currently investigating potential funding opportunities.

The Riverwalk below the wall had been damaged in two consecutive years. In 2018, it was repaired and the cost was borne by insurance companies but, after being devastated again in 2019, a 150-meter section out of its 3200 meters total length was completely removed. According to Mikula, officials denied repairing the Riverwalk and they consider implementing a bridge structure. 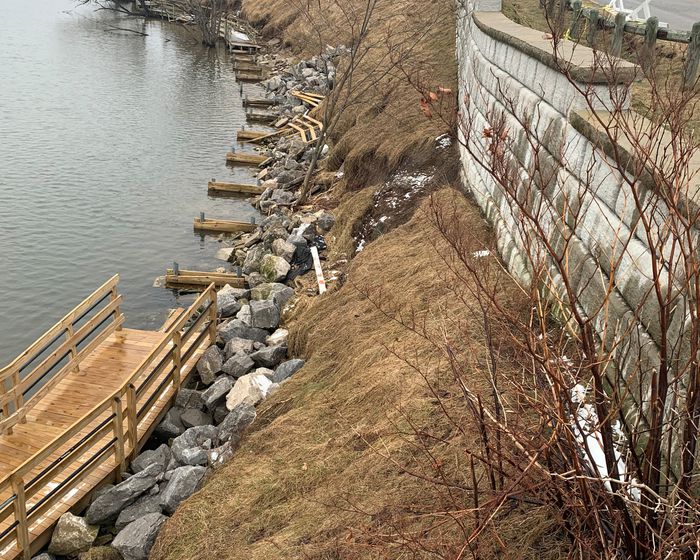 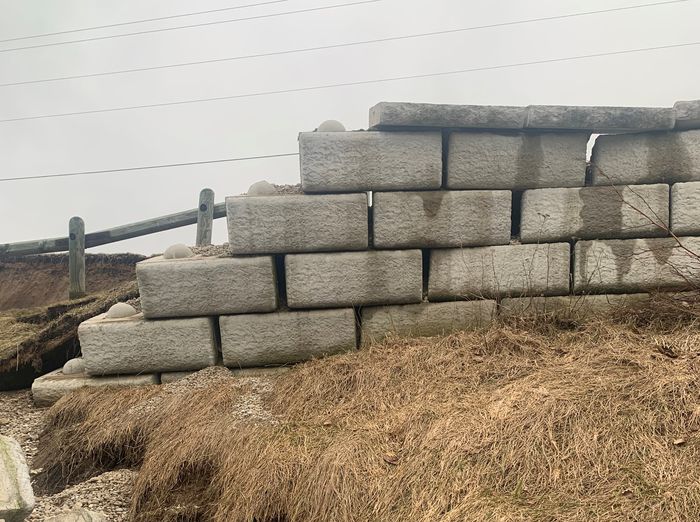 Three hikers were reported dead after a rockfall...