Mount Etna in Sicily, Italy has erupted for the second time in less than 2,5 months.

Mount Etna is the most active volcano in Europe situated near the city of Catania. It is currently amidst an active eruption phase which initiated in 2001. The eruption episodes include powerful blasts and lava flows.

The rise of Mount Etna is associated with the subduction of the African plate under the Eurasian plate. There are multiple theories trying to explain the location and the volcanic history of Etna but, none of them has been confirmed. What is certain is that Etna belongs to another volcanic chain than Mount Vesuvius which produced the catastrophic eruption of 79AD.

Many people live near the slopes of Etna as volcanic flows have created fertile land for agriculture. In fact, 25% of Sicily's Island population lives in the vicinity of the volcano. Moreover, Etna is a source of economic income for locals since it attracts a lot of tourists annually.

The volcano erupted on February 16, 2021, sending plumes of smoke into the atmosphere and triggering lava flows. Nevertheless, local sources reported that the explosion spread volcanic boulders across the area, an extraordinary fact for residents. “It was a rain of stones. Something I never saw in my entire life,” Letizia Olivieri, a local, said. Lava flows began in the volcano's southern crater where part of the cone collapsed and triggered pyroclastic flows that traveled about 1,5 kilometers. Lava fountaining also began at an elevation of more than 1700 meters. Catania Airport was temporarily closed, a fact that is considered usual when Mount Etna erupts since the plumes of ash highly impact the visibility around the airport.

As of February 20, the volcano was still active (a live camera of the summit crater can be found here). Catania airport has opened and flights are regularly scheduled. The images and footage collected from the explosions are spectacular and can be found below.

Fortunately, the stunning blast proved to cause only minor damage to Sicily. Authorities were anticipating the event and nearby regions were secured. No injuries or fatalities were recorded. Locals had to clean the streets from the volcanic ash that was deposited while officials reduced the maximum allowed speed of vehicles to reduce the ash spread.

Mount Etna erupted again on December 13, 2020, with lava flows emerging from a fissure in its southern flank. 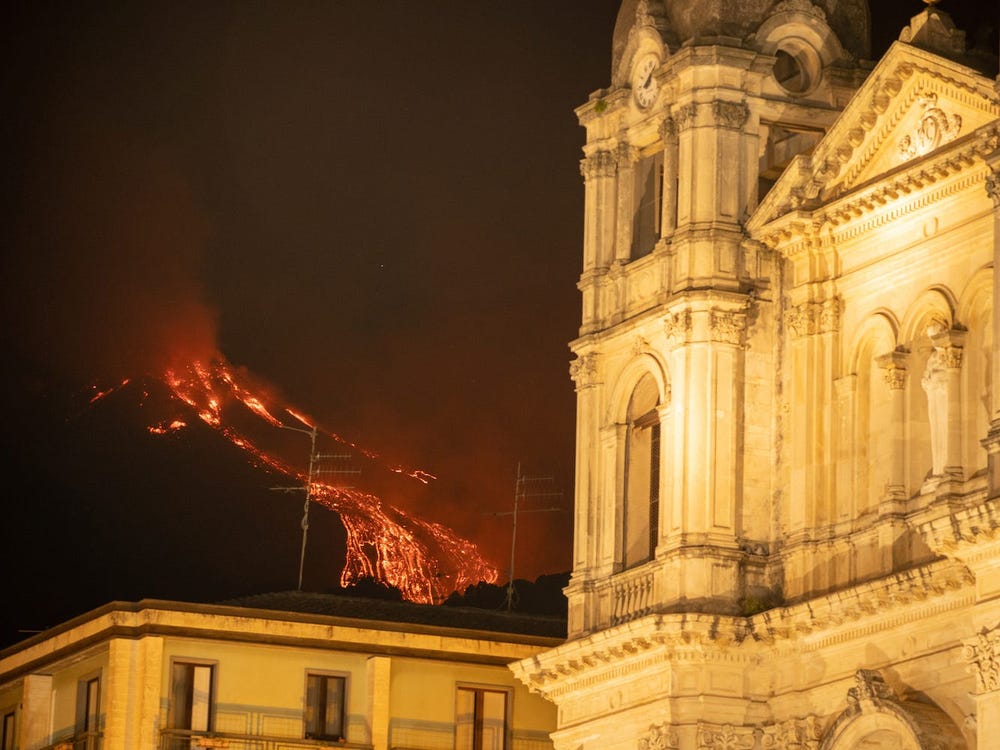 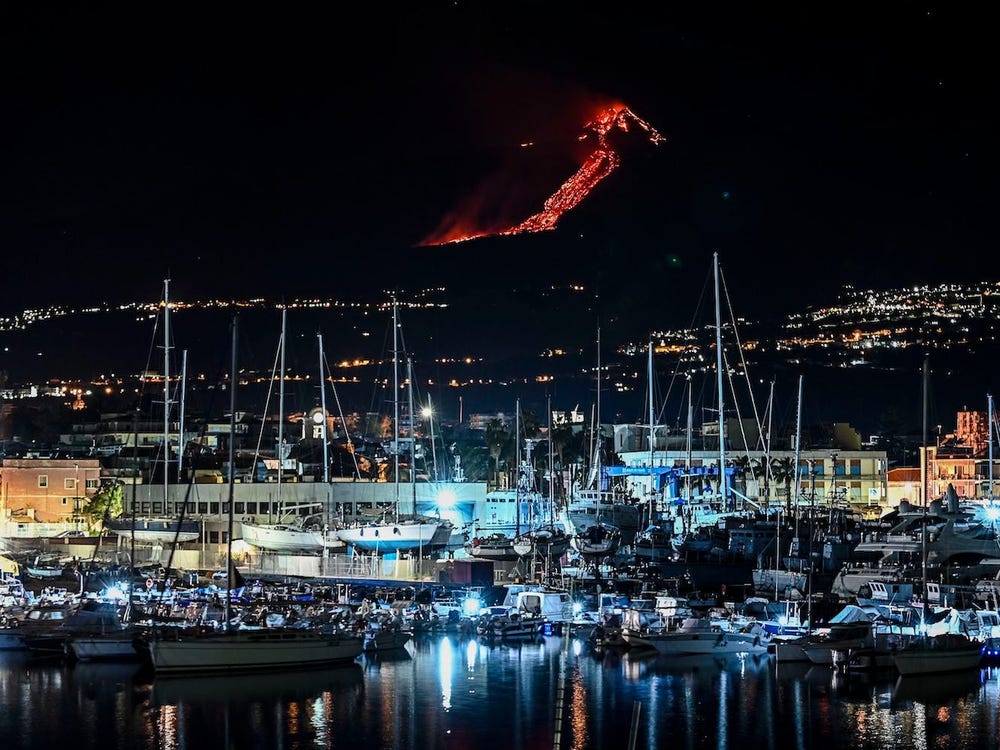 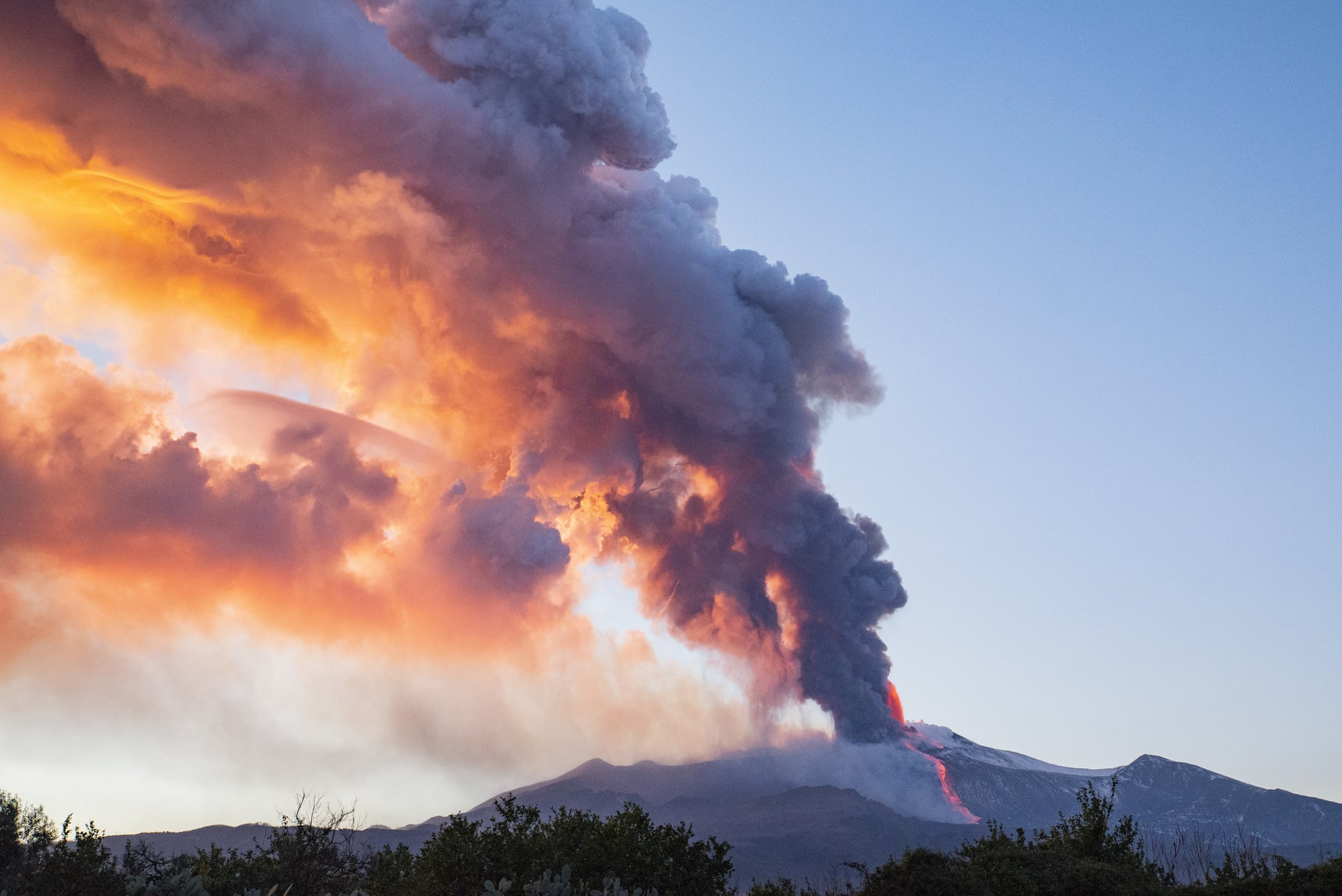 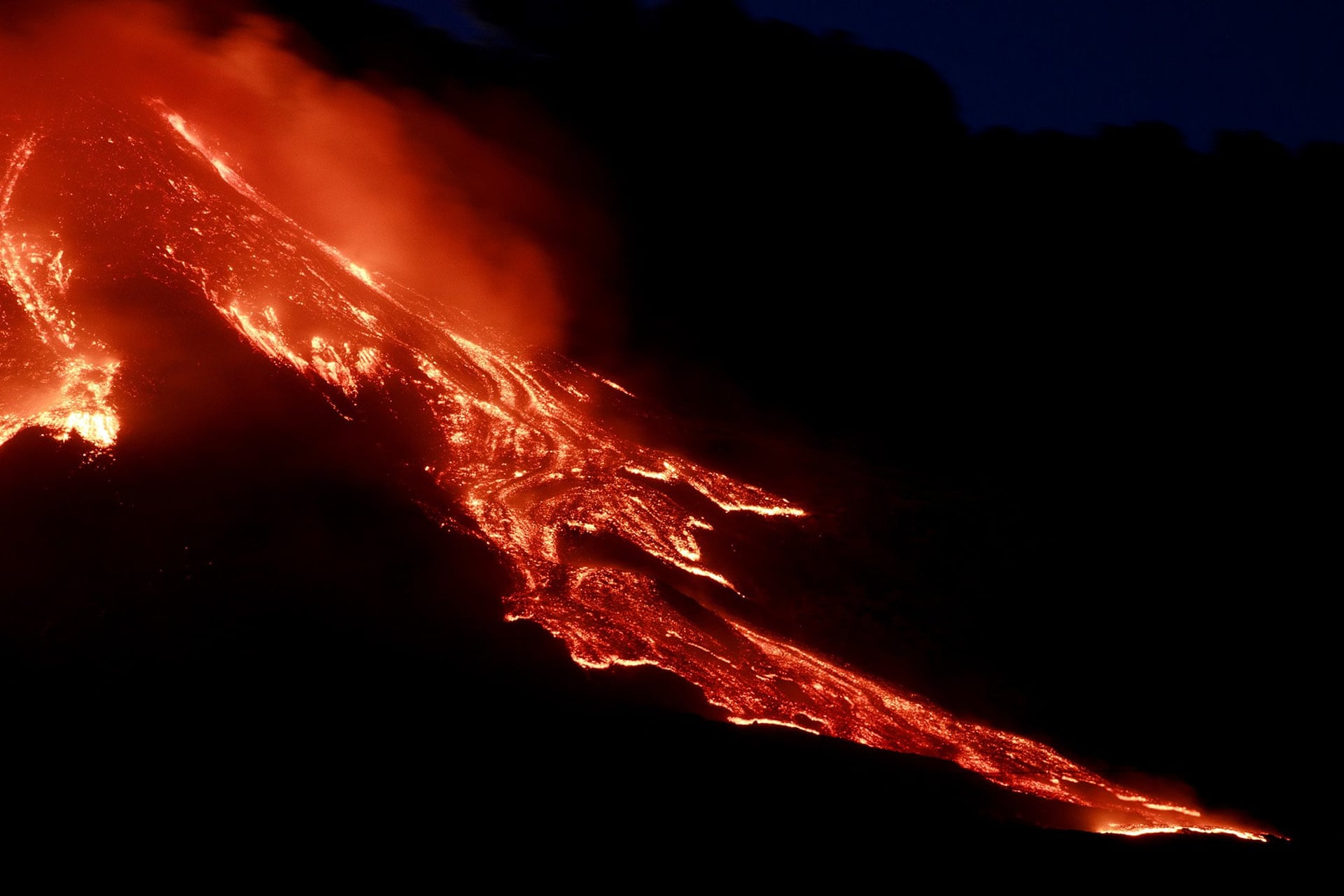 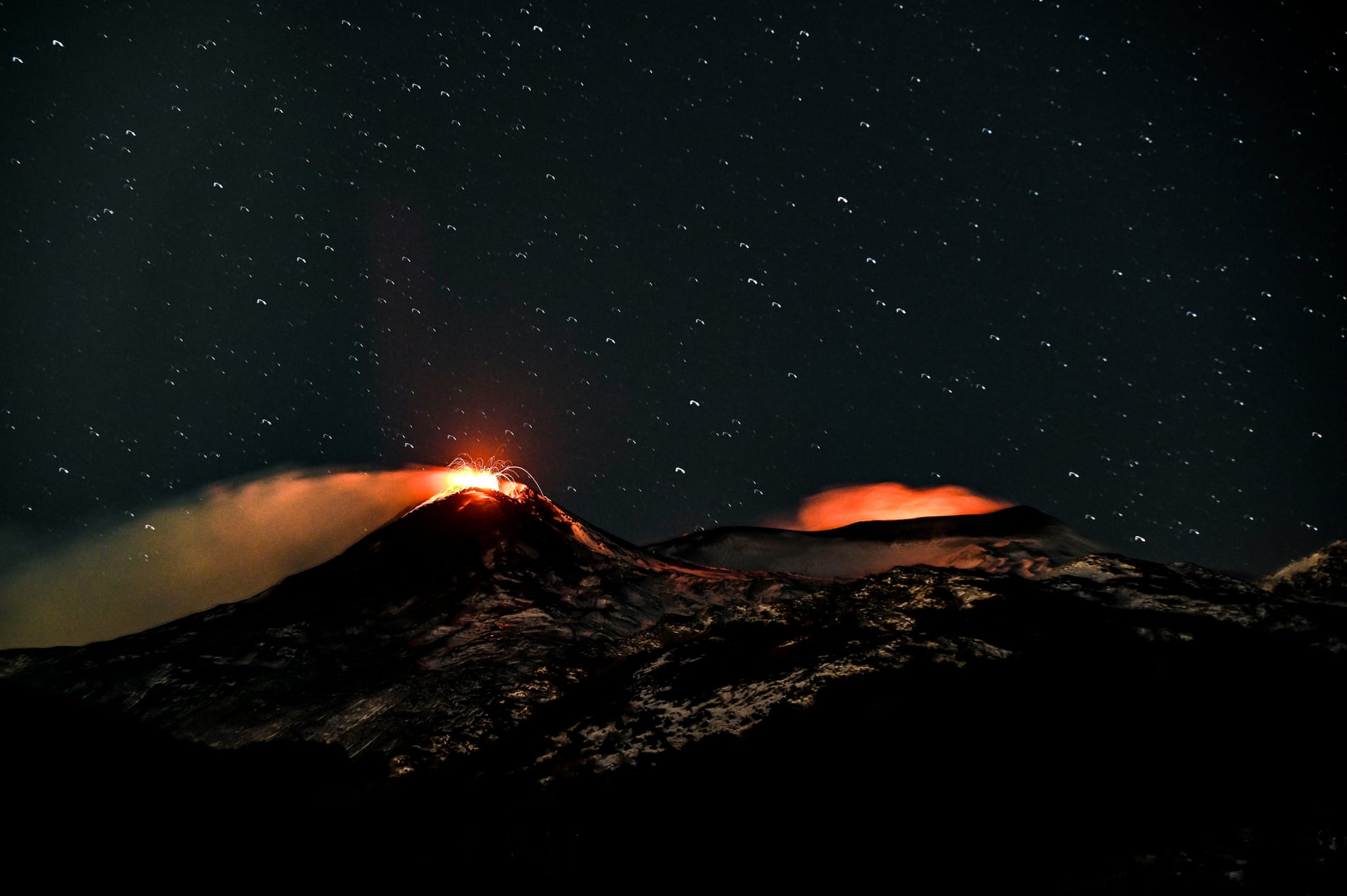