Outcrops are usually not well enough exposed to view the features of such landslides, but this one created by road making on the Boso Peninsula in Japan is indeed an exception.

Landslides occurring on the seabed can be very damaging, causing massive reorganization of the seafloor that can generate tsunamis, but are usually quite difficult to view and visualize. In the case of this outcrop, however, one can see a very clear example of a mass transport deposit (MTD), or more simply, a submarine landslide deposit.

The diagram that follows – included in the paper of Yamamoto et al which describes this outcrop - explains the structure of the deposit, indicating there are probably two landslide deposits laying out there, one stacked on top of the other, with a turbidite separating them (grey layer in the middle of the diagram).

Source: Off the shelf edge Blog 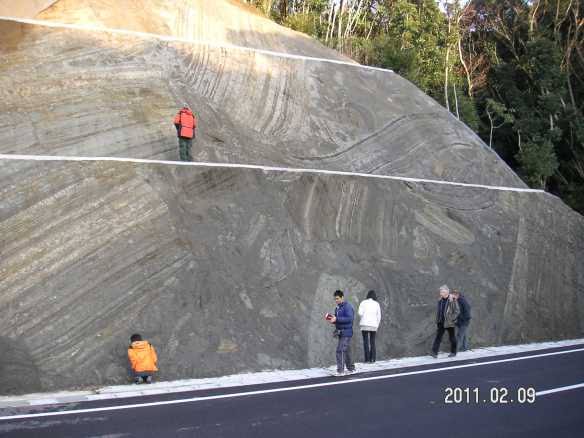 A residence collapsed due to a large sinkhole tha...

A massive rock boulder in Scotland may be part of...