Thick cracks that emerged on the top of a cliff in South England indicate a potential cliff collapse in the future.

The cliff is located in Beachy Head, East Sussex. Beachy Head is a tourist destination that attracts numerous visitors annually. The cliff is composed of chalk, a limestone rock that consists of coccolith biomicrite. Cliff formations are prone to erosion caused by extraneous factors and failures frequently occur.

The opened cracks seem to have formed under tensile failure and the ground has been deformed on the crown of the potential landslide.

The erosion process of cliffs is controlled by two procedures:

1. Erosion of the cliff's base that occurs due to marine processes and

2. Erosion of the entire cliff face that is caused by both marine and atmospheric processes.

The degree of a cliff's stability deterioration depends on the location and the surrounding environmental factors. In the UK, cliff erosion is considered extended due to those factors.

According to geologists, the cracks that appeared on the surface of the current cliff may expend to 10-15 meters deeper in the rock mass. Recently, two cliff collapses have been recorded in the wider area while a man fell off a cliff and died in August.

Despite the potential failure poses a severe threat for people, some visitors approach the cliff to take photographs and even step at the area past the crack spots. Authorities stated that it is indeed an area with a spectacular view but people should avoid the specific region since it is prone to a total failure. “We have been notified that there is a high risk of a large cliff fall at Shooter Bottom (near Beachy Head house). Please stay away from the edge and base of the cliffs and avoid the area if you can,” a spokesman from Eastbourne Borough Council, said. Following those announcements, officials installed certain signs that urge visitors to stay away from the area.

Cliff collapses in the UK are common. In August 2020, a rockfall occurred between Freshwater and Hive Beach in Jurassic Coast. The site was closed after an estimated 9 tons of debris were sent to the beach below.

In January 2020, a vast, coastal landslide occurred near a village in eastern England. The size of the slide was impressive covering an area of about 2 football pitches. The ground failure was triggered after intense rainfalls struck the region indicating that pore-water pressure built up reduced the shear strength of the ground.

In November 2018, a massive cliff collapsed in Cornwall, southwestern England. The failure was caught on camera and is available here. 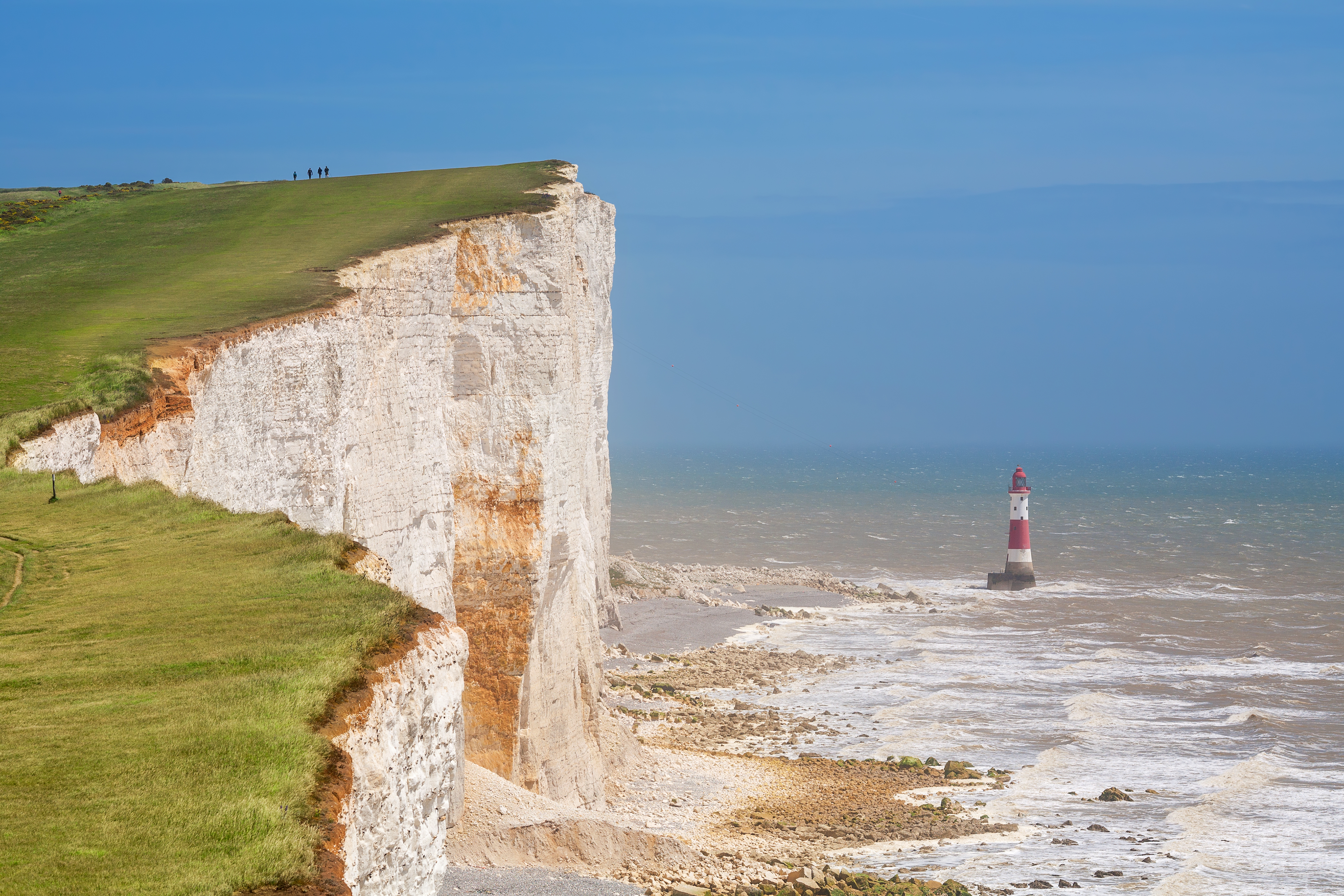