Two people have been killed and about 200 have been injured due to the earthquake that occurred near the island of Kos, Greece on Friday, 21 July, 2017.

The magnitude Μ6.6 earthquake struck at 1:31 am local time, according to the Institute of Geodynamics of the National Observatory of Athens (NOA), with its epicentre just 6 miles south of Bodrum, Turkey, and 10 miles east-northeast of Kos Island, at a depth of six miles. It was strongly felt at the greek islands of Kos and Rhodes, as well as the Turkish Aegean coast, at Muğla province.

More than 120 people were wounded on Kos while a further 70 people suffered injuries in Bodrum. Intensive rescue operations were held in the middle of the night on Friday to track people trapped inside their houses after the quake.

The earthquake is the second one exceeding magnitude 6.0 to hit Greece's coastal region bordering Turkey in the recent weeks, after the M6.2 quake that hit the island of Lesvos in June, 2017. The earthquake produced more than 100 aftershocks; a second tremor of M5.1 struck 16 miles south of Leros, after the initial earthquake, at 1.53am local time. Three further tremors measuring M4.6, M4.5 and M4.7 followed. There are warnings that aftershocks might continue for the next two weeks.

Kos Island suffered the most of the earthquake, with the two deaths and most of infrastructure damage being reported there. The island's main port, as well as several buildings, including an old mosque and a 14th-century fortress, were seriously damaged. Except for the port, which has sustained major cracks and will be needing significant interventions to become fully restored, the rest of the island's infrastructure – including roads, power and water supply – operates normally.

The damage caused by the earthquake is quite limited, compared to what would have been expected for a shallow earthquake of such magnitude, stated the greek Geology Professor Efthymios Lekkas.

Yiannis Glynou, head of the technical chamber in the Dodecanese islands, is currently in Kos surveying the earthquake impact on buildings and told a Greek news agency: "The damage is limited to old stone buildings. New buildings on the island, including numerous hotel units, are showing almost none or no problems."

The European-Mediterranean Seismological Centre (EMSC) warned for a small tsunami wave after the quake on Friday, which was witnessed in Kos Island, causing flooding at its port. Prof. Lekkas clarified that the wave was much smaller than originally reported. "It did not exceed 70 cm and was very small," he said. 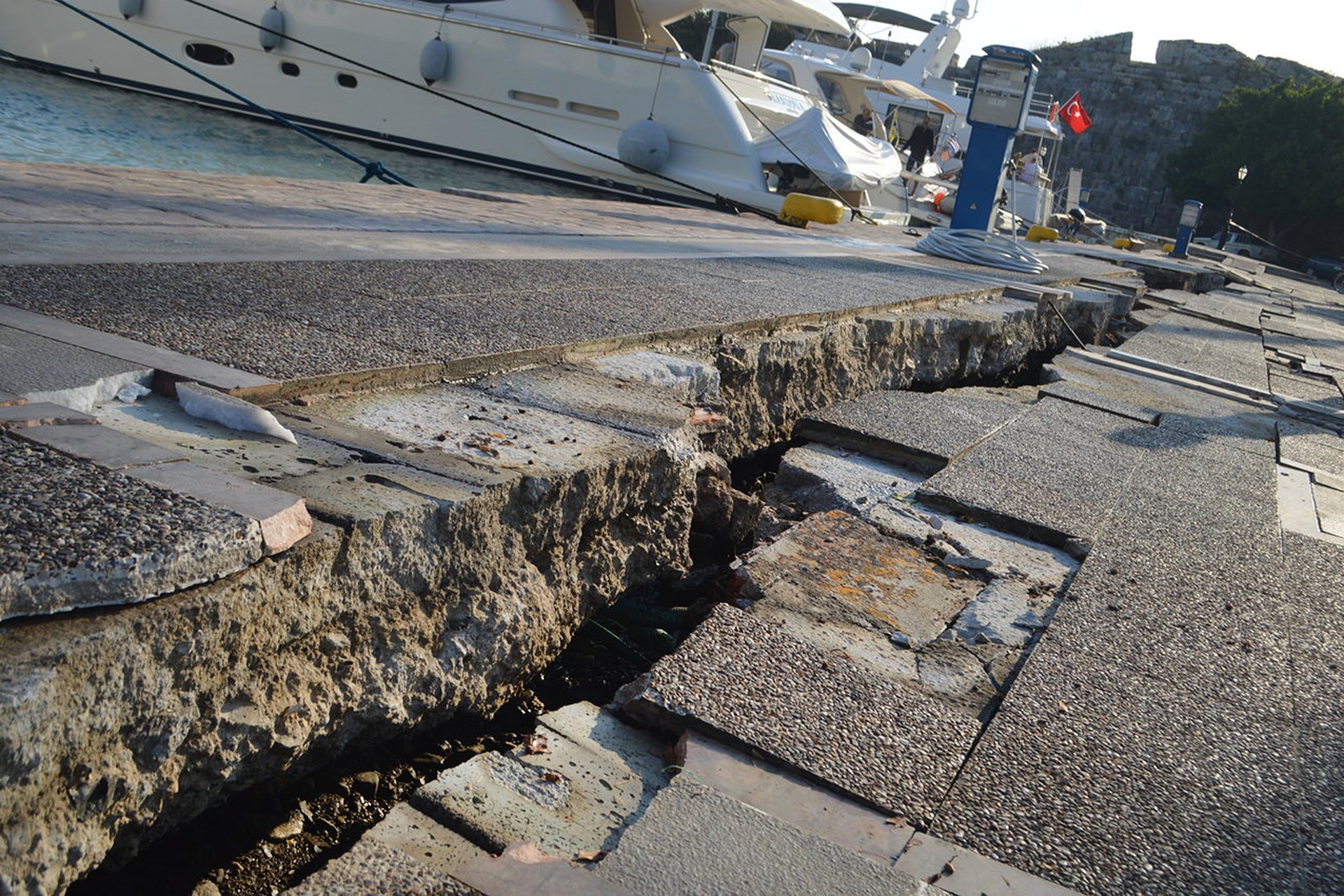 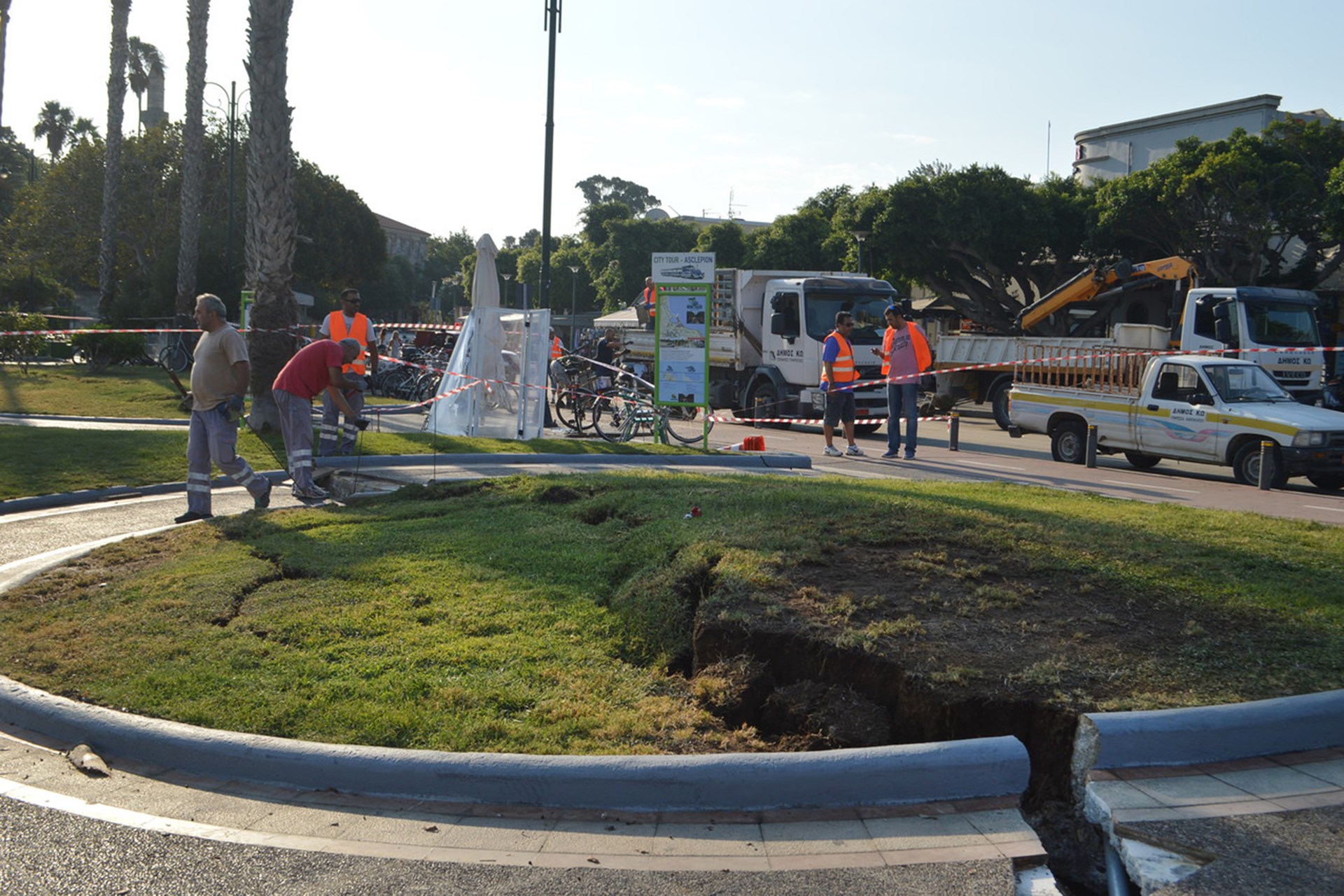 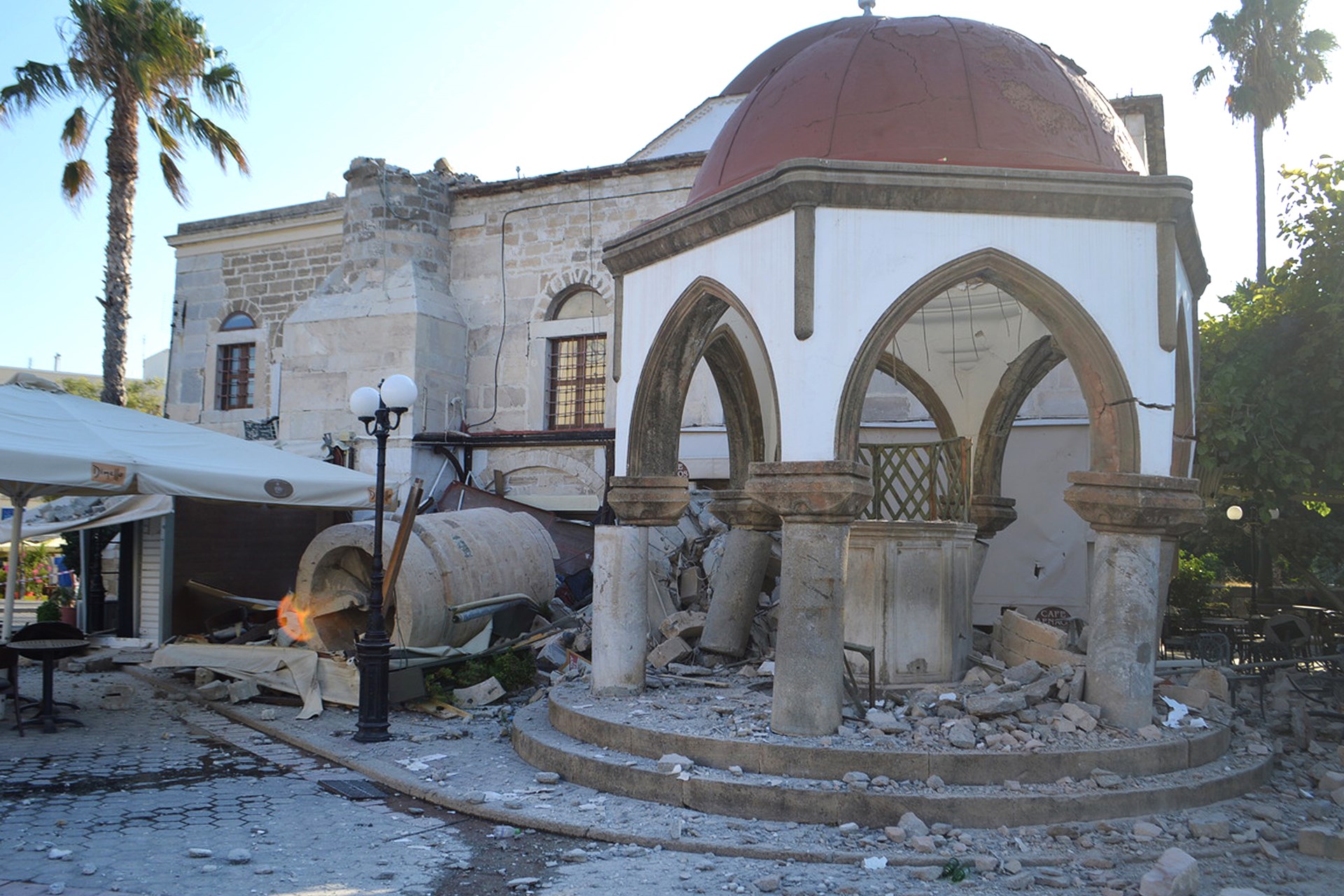 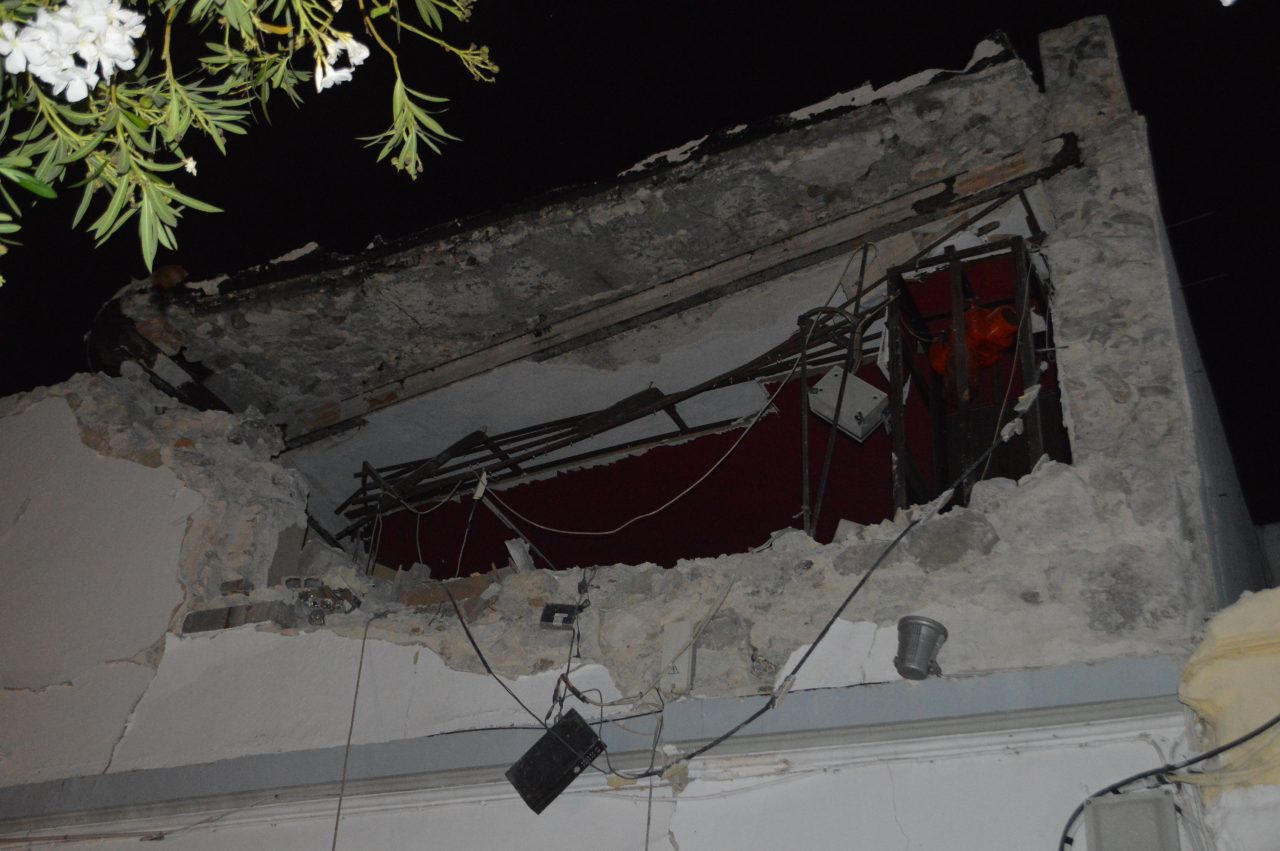 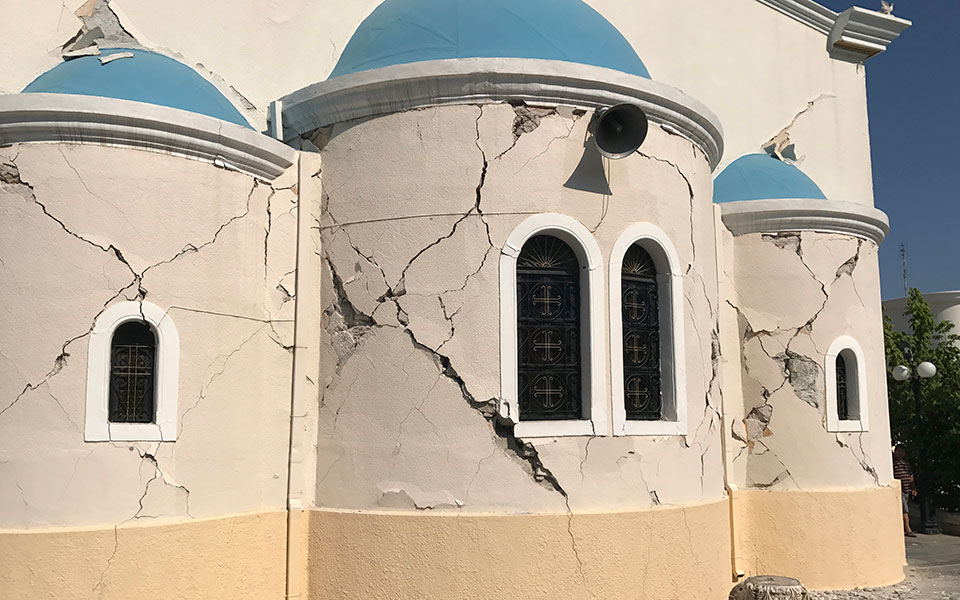 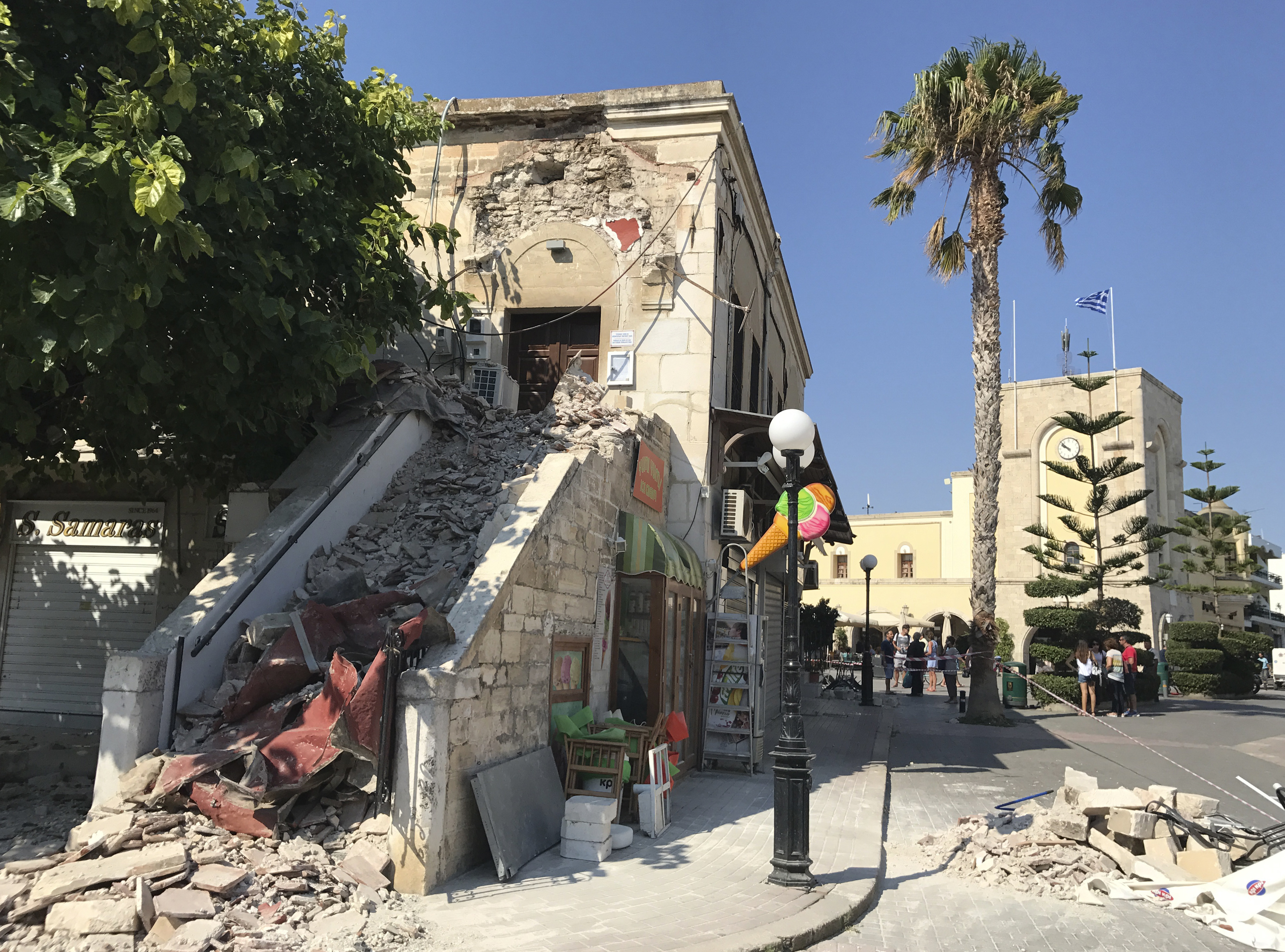 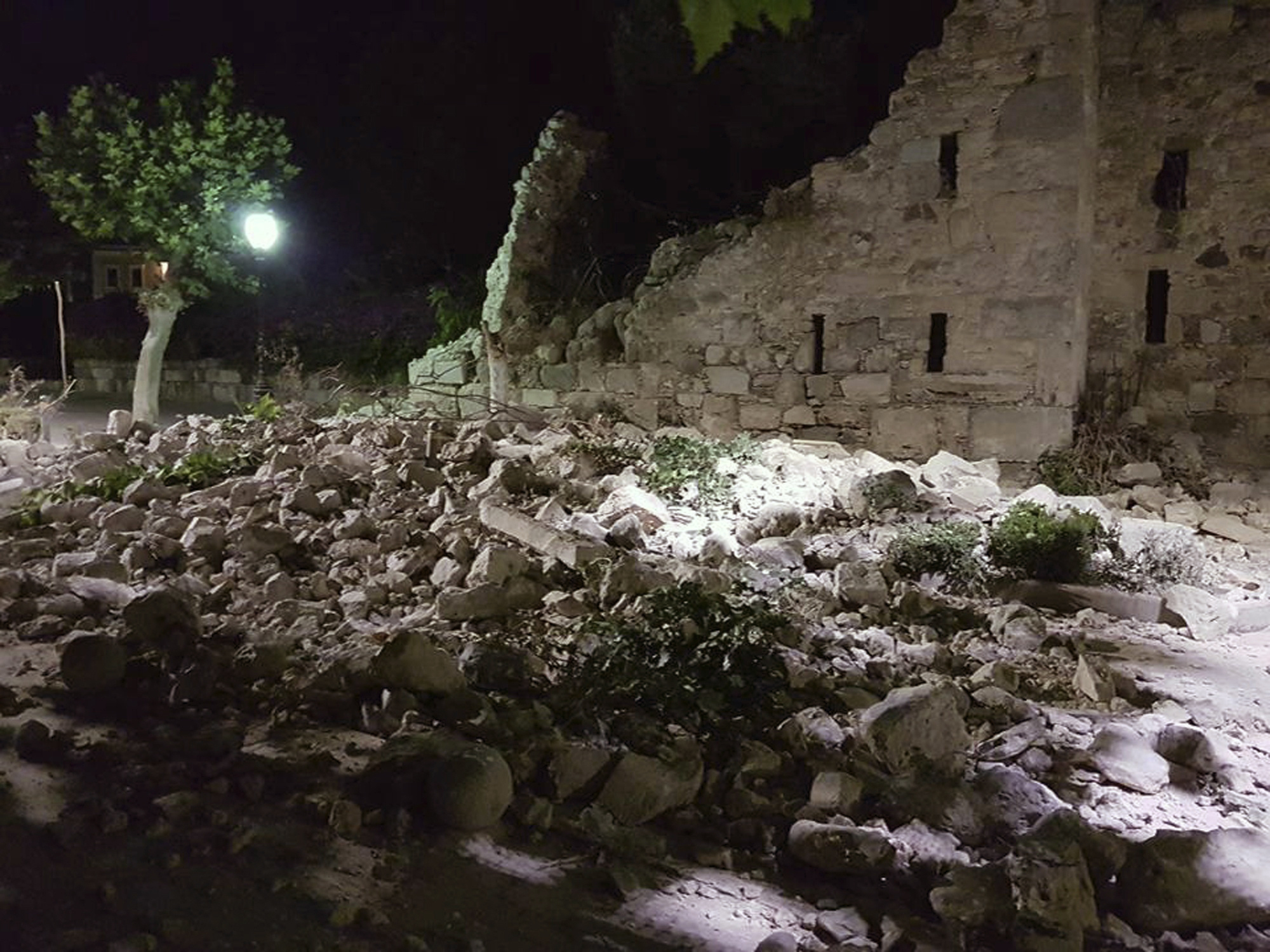 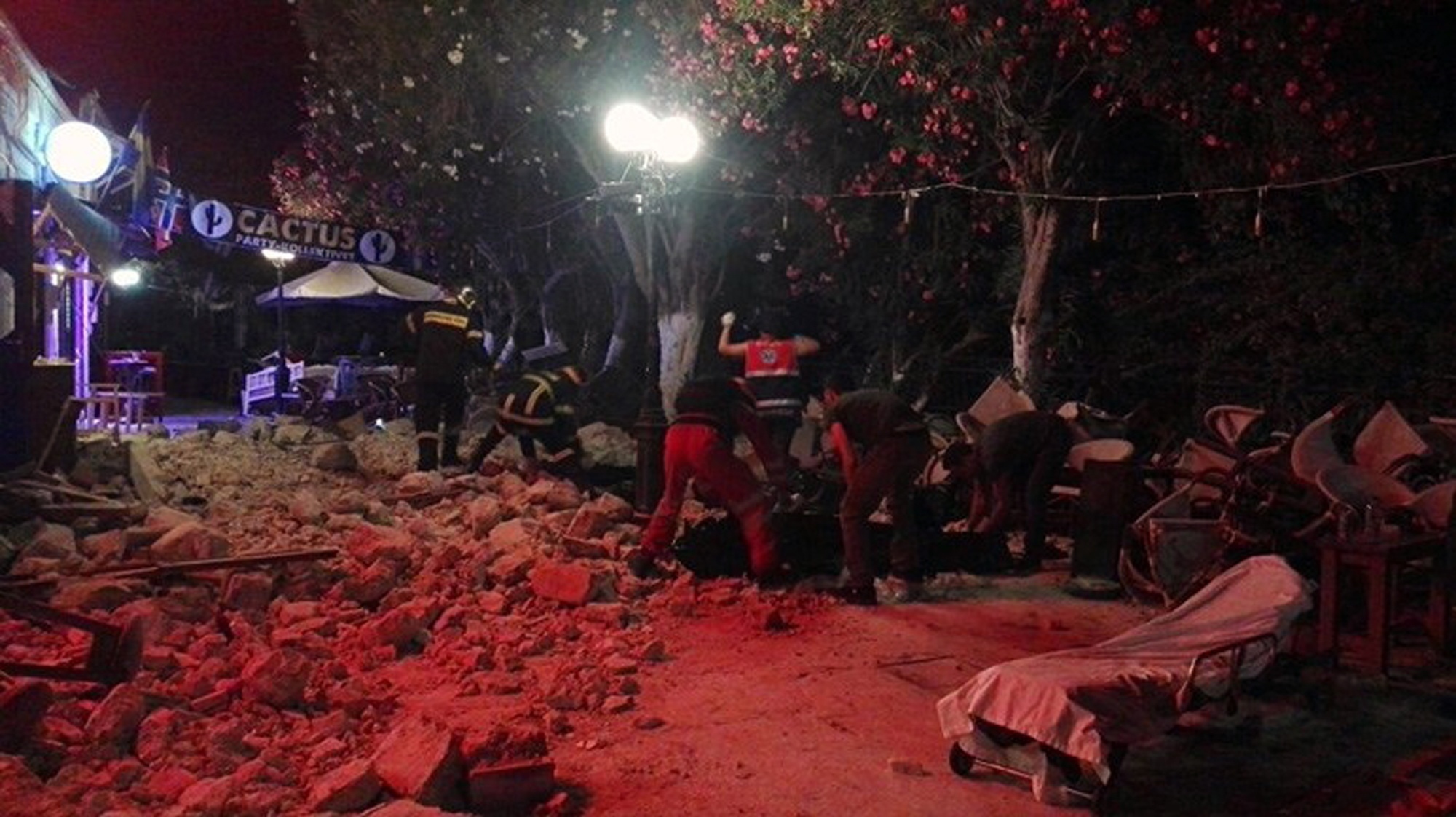 According to the Athens&nbsp;Geodynamic Institute, a&nbsp;5.9 magnitude earthquake struck the island...

A magnitude 5.4 earthquake hit between the islands of Kefalonia and Zakynthos in the Ionian Sea on...

A strong earthquake hit at 12:25 local time, Saturday May 24th, in the Aegean Sea, with the epicente...