More than 90,000 people have been evacuated after a dam failure in Uzbekistan.

The Sardoba Reservoir, located in southeastern Uzbekistan, suffered critical damage and breached, resulting in extensive flooding on May 1, 2020. More than 600 houses were flooded, about 70,000 people were evacuated from their villages while 50 were hospitalized. Moreover, 22,000 more people from the Turkistan Region in South Kazakhstan, were also relocated. Fortunately, there have been no casualties reported yet.

The total height of the dam is 19 meters and it was designed to provide water for irrigation in the surrounding fields. The failure is associated with a breach that occurred within the dam's body. It was preceded by intense rainfalls in the region that lasted about a week. Satellite imagery collected before the collapse suggests that the reservoir was not at its full capacity (922 million cubic meters).

Shavkat Mirziyoyev, the President of Uzbekistan, stated that measures will be taken to address the disaster and provide shelter to the affected people . "Not one person will be left uncared for. We will organize places and suitable conditions for people to live, building will begin," President Mirziyoyev, said.

The facility is an earth-fill dam which was recently constructed. More specifically, construction works initiated in 2010 and the dam was completed in 2017. Earth-fill dams are constructed by compacting layers of soil material. They consist of an impervious core, made from clayey soils, and two more permeable sections that cover the core and are known as shells.

Earth-fill dams are cost-efficient structures compared to concrete dams and can be established in compressible foundations (whereas concrete structures are vulnerable to differential displacements). Moreover, the raw materials are frequently available in most parts of the world.

According to authorities, the collapsed section of the dam may have resulted in an overall deteriorated of the entire structure and a total dam failure can be a realistic scenario. Recent updates mention that repair works have already begun.

The breach was probably caused by a design or a construction defect. According to officials, a criminal investigation to derive the actual causes of the failure and, possibly, those responsible is currently underway.

The incident occurred in an unfortunate time period when COVID-19 has affected the globe and people have been advised to respect social distancing measures. Therefore, a sudden evacuation will not favor tackling the pandemic.

Click the video below to watch the dam's breach which resulted in extensive flooding in the surrounding region. 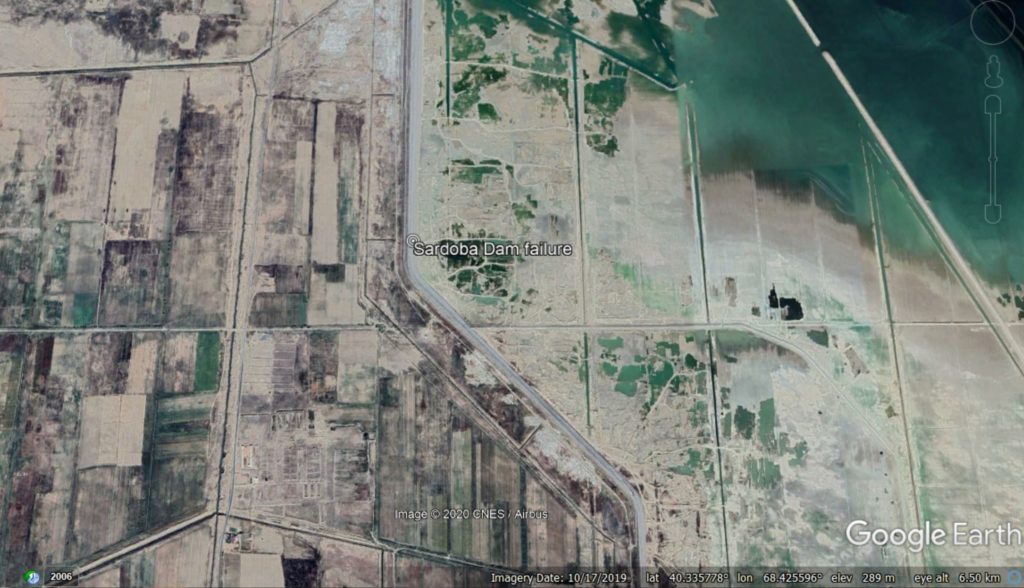