… Arup for the Tanjong Pagar Centre.

Tanjong Pagar Centre is a mixed-used development project in Singapore’s central business district. The development includes a 290-meter-tall mixed-used residential and office tower, a medium-rise hotel block, a six-story podium for commercial use, and an 18-meter deep three-level basement with a direct link to connect the existing underground Mass Rapid Transport (MRT) railway station. The development’s 64 stories make it the tallest tower in Singapore.

A high demand for development in the city means that many projects are expanding underground and into highly congested areas. As a result, local regulatory agencies have specified stringent criteria over the ground movement caused by the construction of new developments.

Key governing criteria for the Tanjong Pagar Centre project is that, at any stage of construction, the movement of MRT structures needs to be controlled within 15 millimeters in any direction, and the differential movement of rail tracks to be within a ratio of 1:1000. Additionally, there are two buildings resting on shallow foundation located less than 20 meters from the proposed development, and those movements need to be maintained below 25 millimeters. The foundation system also needs to be designed so that the differential settlement between the podium area and tower area with high loading is made within an allowable ratio of 1:500. With these technical and regulatory requirements, this project provided significant technical challenges for the engineers.

GuocoLand (Singapore) Pte. Ltd. engaged Arup Singapore Pte. Ltd. as the civil and structural consultant in charge of developing an effective and innovative solution for this SGD 3.2 billion project. The project team had to be sensitive to ground movements because of the proximity to high profile neighbors in the CBD area, and therefore it used robust geotechnical solutions for a safe and successful execution of foundation and basement excavation works. During the preliminary design stage, a detailed study of sub-soil conditions was conducted, as well as a thorough review of previous case studies with similar project conditions. The team considered all empirical and analytical methods available to select and size foundation and earth retaining and stabilizing (ERSS) work.

Given a tight program deadline, the proposal for the design of the foundation and basement had to be finalized immediately after ground investigation (GI) works. Arup Singapore used gINT software to manage the incoming geotechnical data, including borehole logs, lab, and in-situ soil testing results. While overseeing the site investigation works and reviewing the soil properties with data interpretation tools of gINT software, any findings or information were reviewed and incorporated in the design concurrently. The geotechnical interpretative report (GIR) was produced within a week of the completion of the GI works, enabling all the ground-associated risks to be addressed and final soil parameters incorporated during the preliminary design stage.

Phased excavation offered more control of ground disturbances, which avoided performing the bulk excavation at one time and enabled the team to start the superstructure works early and simultaneously with the basement construction. Arup used gINT for borehole data management and lab results from in-situ soil testing, providing the engineer greater confidence to decide what special tests are required for specific areas of the design. The team also used coupled 2D drawings and PLAXIS 3D for stress consolidation tests throughout excavation.

Since the bulk excavation of the basement was only six meters away from the existing MRT station wall, the deflection of the adjacent retaining wall contributed significantly to the movement of station structures. PLAXIS 3D modeling ensured the predicted wall deflection to be well controlled, thereby enabling the MRT structure movements to be below the 15-millimeter limit. Incorporating the pile-raft system into the PLAXIS 3D model allowed the behavior of the foundation under full permanent loading to be understood. Using the predicted proportion of load sharing between pile and soil enabled the team to reduce the loadings on bored piles by 30% to 35%, thereby optimizing the pile penetrations. It has also enabled the team to optimize the thickness of raft according to different loading zones.

Construction was successfully completed in 2016, and the development is fully operational and open to the public. The efficiency of PLAXIS 3D software with all-in-one analysis for both soil and structure provided cost and time optimization, efficient construction, and most importantly, it controlled the wall deformation and impact to the adjacent critical structures.

“Tanjong Pagar development (Guoco Tower) is recognized as a landmark building, which, together with other impressive structures, shapes the Singapore skyline as we see it today. The design and construction required engineering excellence for safe and cost-effective construction,” said Ei Sandar Aung Win, senior geotechnical engineer at Arup Singapore. “Bentley software enhanced the design methodology for prediction of ground behavior, which helped resolve site issues and challenges encountered during construction saving time, effort, and cost.” 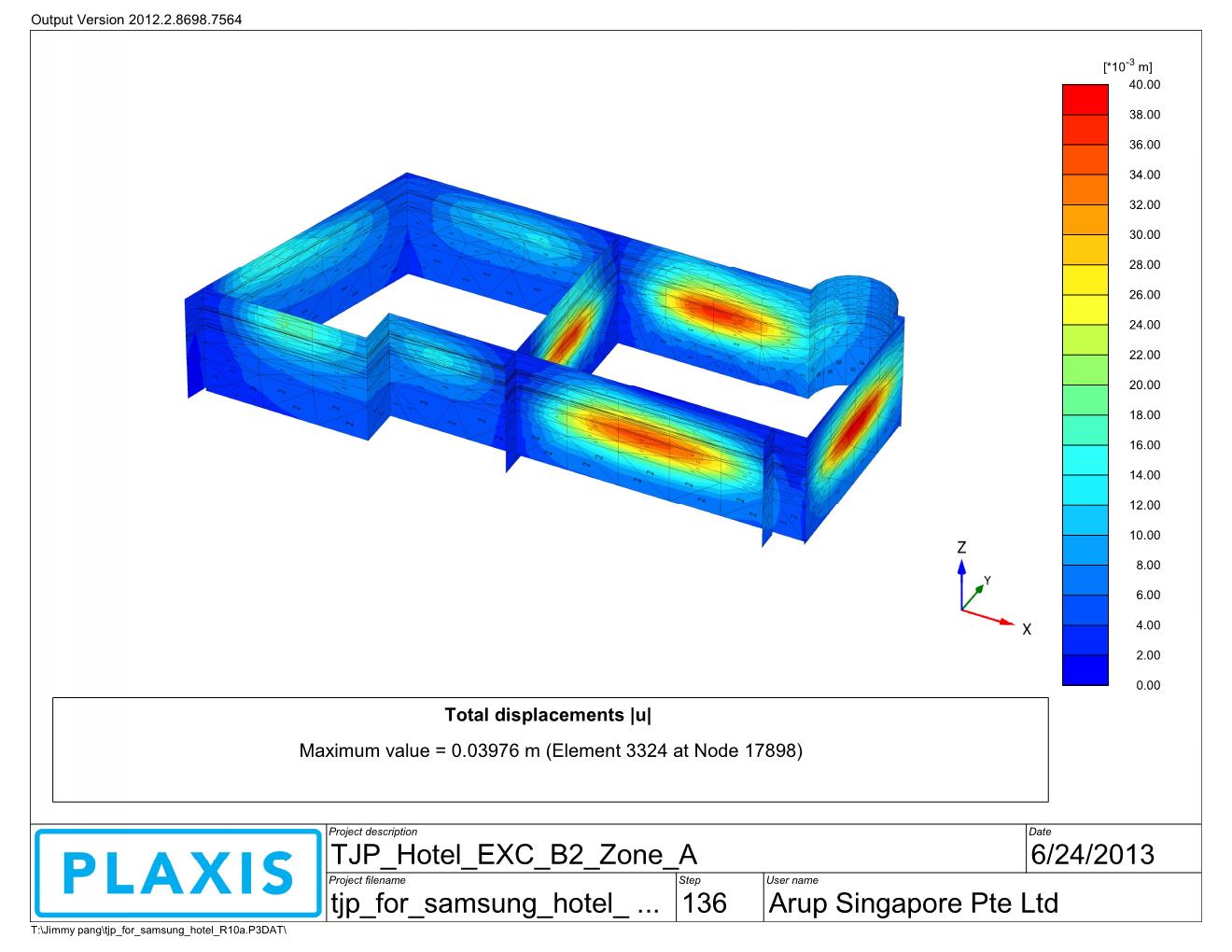 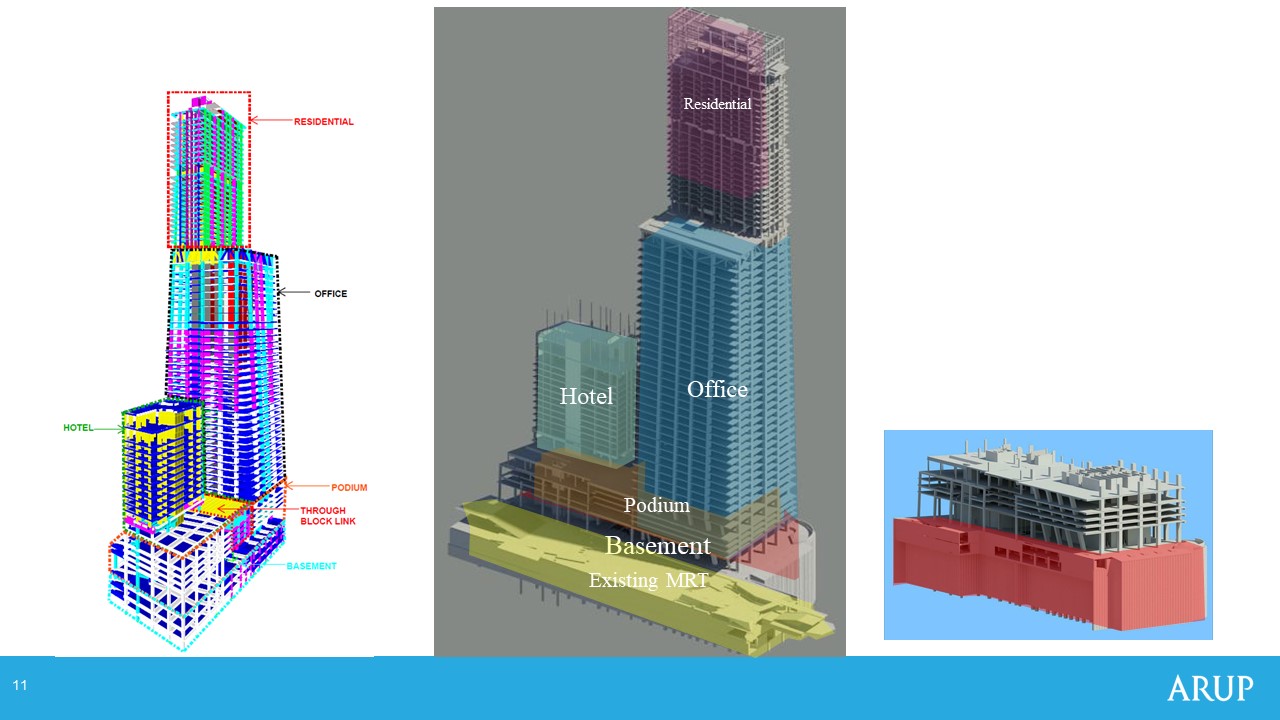 Importing geometric and stratigraphic data to PLAXIS 3D Any infrastructure project begins with a t...

In western Bucharest, Romania, a residential building is being constructed over existing subway tun...

Response of Piled Buildings to the Construction of Deep Excavations

IOS Press, a valued Geoengineer.org sponsor, published last year a book by Mandy Korff based on a re...

As a highly complex project located at a sensitive site draws to a close, Business Development Exec...