On June 1st, the Gotthard Base Tunnel was officially opened, making it the longest and deepest tunnel. Nearly 20 years after work began, the tunnel connects Erstfeld to Bodio, Switzerland before continuing south. The tunnel itself will be traversed in only 20 minutes with rail speeds up to 250 km per hour (155 mph) and will shave an hour off of the travel time from Zurich, Switzerland to Milan, Italy compared to the old route.

The tunnel reaches a depth of 2,300 meters (nearly 1.5 miles) and runs a length of 57.09 Km (35.47 miles), making it both the deepest and longest tunnel in the world. This surpasses the previous record holder, the Seikan Tunnel in Japan, as well as the nearby Channel Tunnel connecting Britain and France.

This new travel route will play a key role in travel between northern and southern Europe. In addition, the Gotthard Base Tunnel will be able to support a large amount of freight movement that would otherwise have to be moved by road. The old route, the Gotthard Line, will remain in use as it is widely enjoyed for its scenic views of the mountains.

Approximately 2600 workers were involved in the construction process. Two tunnel boring machines were used tunnel under the mountain range with excavation beginning in 2003. In total, five access tunnels were constructed so work could begin simultaneously at different sections. This cut construction time nearly in half.

An opening ceremony was held with European leaders including the German Chancellor, French President, Italian Prime Minister, and the Swiss President in attendance. 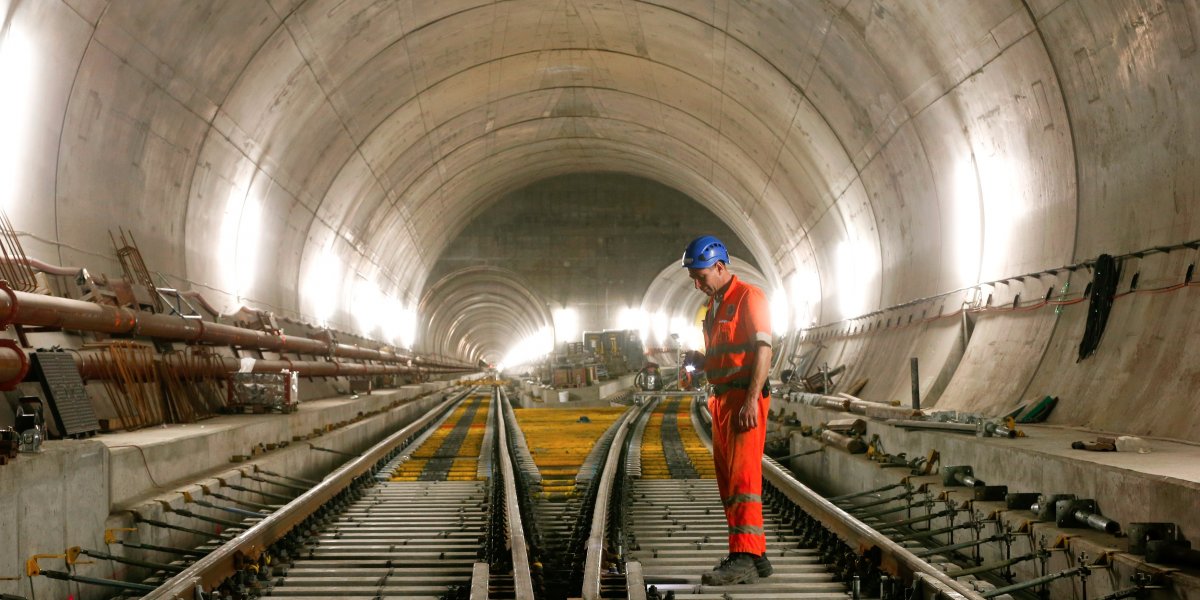 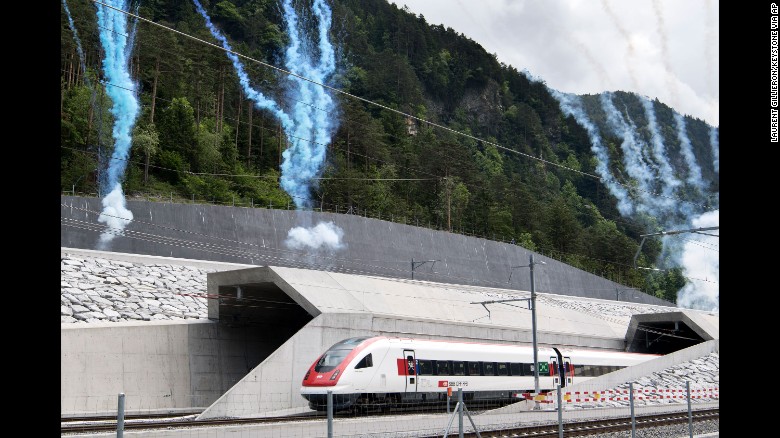 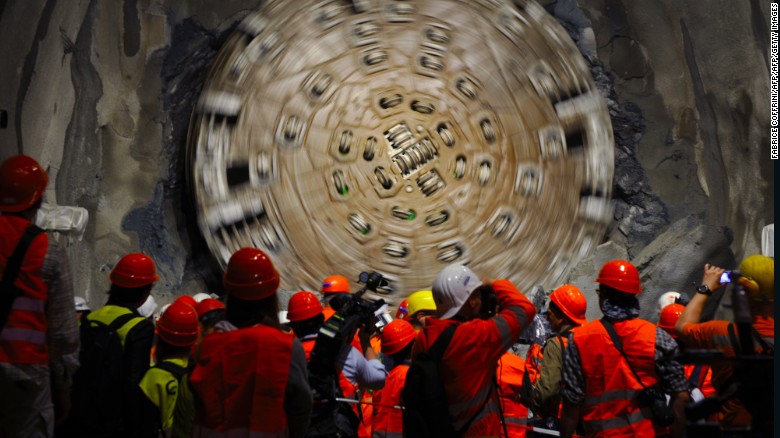