PLAXIS 2D/3D latest CONNECT Edition (V20 Update 1) introduced the newly implemented Westergaard's added-mass feature to deal with the hydrodynamic effects induced by the impounded water on the response of a dam subjected to earthquake excitation. This feature is implemented as fully dynamic behaviour, not as a pseudo-static calculation enhancement.

This feature has been made available as a Technology Preview with the release of PLAXIS 2D/3D CONNECT Edition V20 Update 1 (January 2020) and requires the Dynamics module in order to run a Dynamic analysis.

A simple example is presented to illustrate the Westergaard's added mass implementation in PLAXIS to deal with the hydrodynamic effects induced by the impounded water on the response of a dam (with fixed displacements in the vertical direction) subjected to earthquake excitation. The dam is modelled taking into account the following parameters (Table 1 and Table 2).

For the simulation two phases are considered. In the Initial Phase, the dam is subjected to hydrostatic loading and in the following phase, the dam is subjected to hydrodynamic loading using a dynamic velocity signal applied at the base of the dam. This hydrodynamic load is applied as an added mass at the interface of the dam and water. In the Structures mode the added mass option is activated using the Create added mass option as shown in Figure 1 (a). Once the added mass is created the corresponding drop-down menu is displayed inside the Model explorer (see Figure 1 (b)). 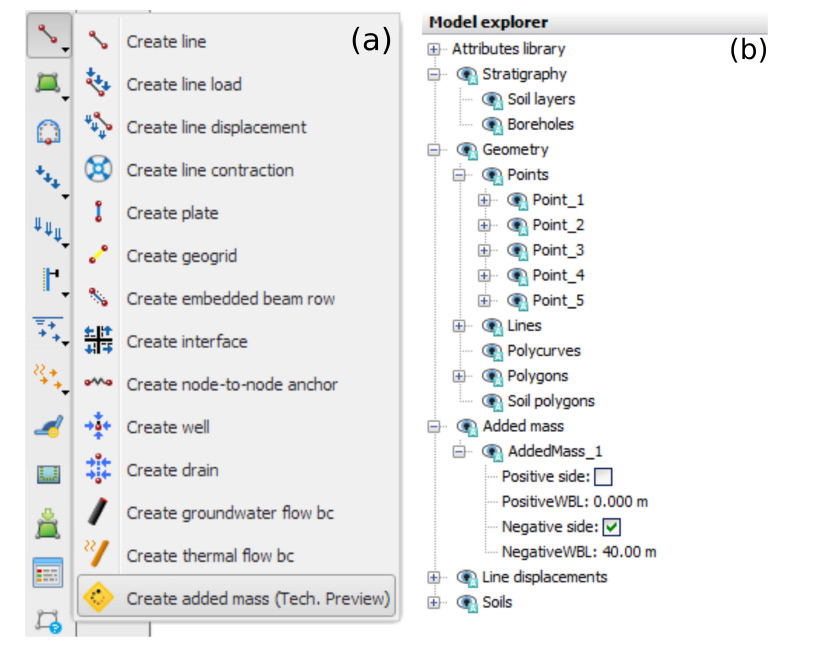 Figure 1: Create Added mass option in the Model Explorer of the Structures mode

For this example, the horizontal displacement at the top of the dam at the upstream face was monitored. The results, in Figure 2, show an agreement between the simulations of PLAXIS 2D and PLAXIS 3D. 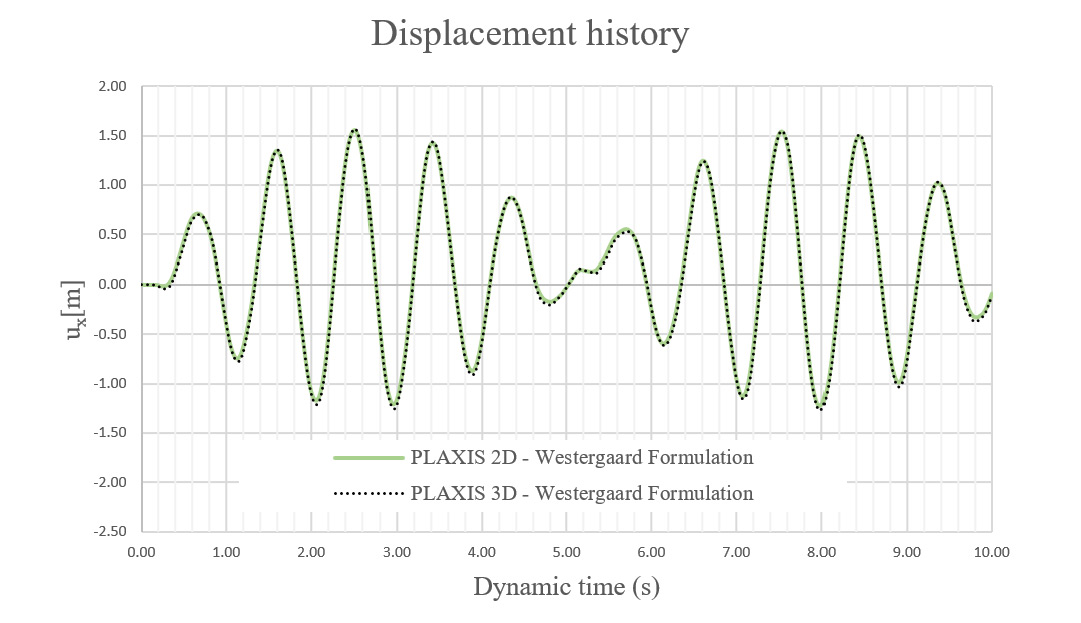 During an earthquake, the interaction between the stiff structure and the outer water (reservoir, river, lake, sea) creates additional pressures on the upstream face of the dam. These hydrodynamic pressures may be approximated by the Westergaard (1933) formula, which uses a parabolic approximation for the additional pressures due to earthquake motion. Figure 3 illustrates the forces due to the total water pressures during an earthquake. Note that the hydrodynamic forces act in both directions. The water pressure is regarded as an added mass, acting on the upstream surface of a dam structure and the rest of the water is assumed to be inactive.

The dynamic pressure is approximated as:

This equation indicates that the hydrodynamic pressure exerted normally on the upstream face of the dam, at depth d, due to ground acceleration axis is equivalent to the inertia force of a prismatic body of water of unit cross-section and length (7/8)sqrt(hd) attached firmly to the face of the dam, and moving with the dam back and forth in the direction normal to the face of the dam (that is, horizontally) without friction. This body of water attached to the dam face and moving with the dam, is the added-mass applied by the reservoir to the dam, a concept first introduced by Westergaard.

In the PLAXIS implementation, the Westergaard equation has also been generalized to take into account the hydrodynamic pressure acting on inclined faces considering acceleration normal to the face (Generalized Westergaard formulation).