A M 6.2 earthquake struck Indonesia resulting in, at least, 77 casualties.

The seismic shock occurred on Thursday, January 14, 2021, in Sulawesi Island, Indonesia. Its epicenter was located northeast of Majene city with its depth being relatively shallow (about 10 kilometers). Shallow seismic events can cause a devastating impact on human infrastructure. During the past 120 years, Sulawesi Island has been struck by 119 similar earthquake events that measured more than M 6.0.

The focal mechanism indicates that the earthquake was a result of a reverse fault within a complex tectonic regime that characterizes eastern Indonesia. At the location of the event, the Sunda plate is moving east with reference to the Banda Sea microplate at a rate of 2,1 centimeters annually.

The shaking was strongly felt. While no alert over a potential tsunami was issued, people from coastal regions rushed to higher ground.

According to recent updates, at least 77 people have been reported dead while numerous have been injured or are still missing. The quake struck during the night and, consequently, people did not have time to react and protect themselves. Local infrastructure has also been highly impacted as many buildings have suffered partial or total failures. Moreover, power outages and communications interruptions emerged in many areas.

In the city of Majene, 8 people died while more than 640 were injured. Moreover, 15,000 locals have been forced to evacuate their residences.

Mamuju, the capital city of West Sulawesi, which is located northeast of the epicenter, was also affected with most of its buildings damaged by the quake. According to local authorities, there are still people trapped under the rubble and the number of victims is expected to rise. In addition, two of the city's hospitals were damaged and the remaining ones received a large number of victims. The conditions in the hospitals are harsh, also considering the COVID-19 situation. Mamuju has a population of more than 100,000 people and officials stated that most of them are currently homeless.

Rescue teams have been deployed in all affected regions to conduct search and rescue operations. The teams had to face severe problems including the lack of proper equipment to rescue the victims trapped and the lack of coordination due to the communication network interruptions.

Food and temporary shelters were provided to the people left homeless and for those who would not return to their residences in fear of a powerful aftershock.

Roads and some bridges have been also damaged with authorities making a great effort to repair them as soon as possible.

Local authorities stated that the shock triggered many landslides, especially in mountainous regions. Three of them damaged a roadway that connects Mamuju to the Majene district. Nevertheless, no additional information on the extent of landsliding has been released yet. 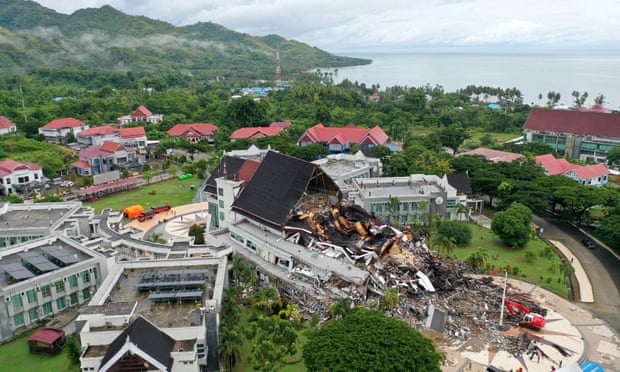 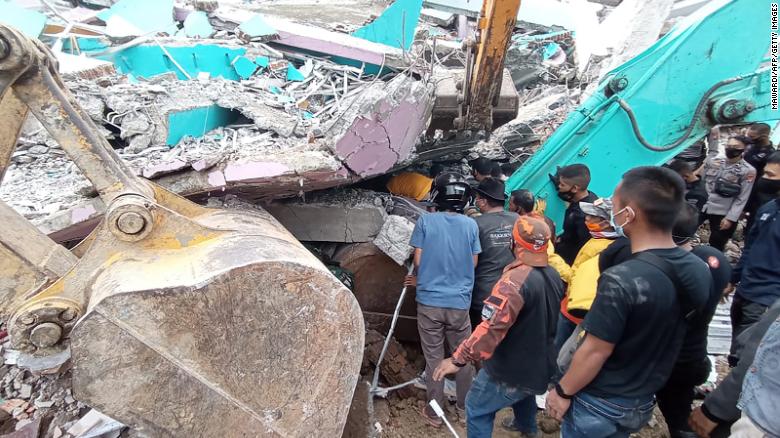 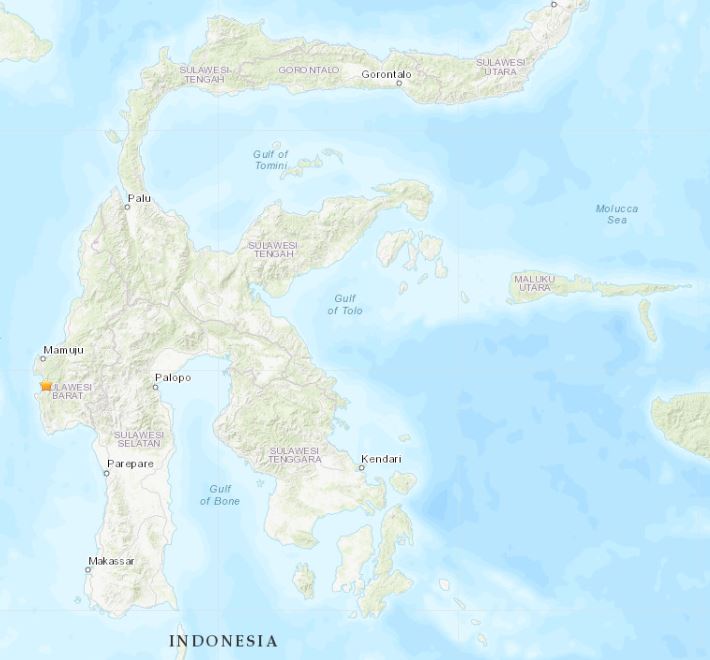 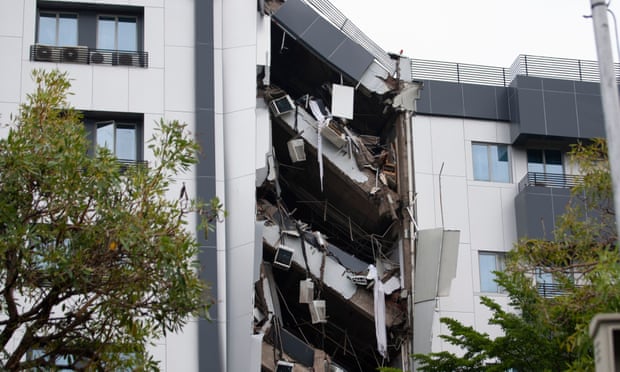