The Mosul Dam on the Tigris River in northern Iraq is the largest Dam in the country and provides power to nearly two million people. According to engineers, the dam is at serious risk of collapse and the resulting flood could result in over a million deaths.

Originally proposed in the 1950’s, construction of the Mosul Dam was put on hold due to the difficult geologic conditions of the northern Tigris River. The large proportion of the bedrock in this area is water soluble making it highly unstable. Construction began during the Hussein Regime. Vice-president Taha Yassin Ramadan fast tracked the project for political reasons. Foreign consultants informed the Iraqi government that the bedrock instability could be mitigated using grouting.

Construction of the dam was completed in 1984 and by 1986, water was leaking through the porous bedrock at a greater rate than consultants predicted. Constant maintenance is necessary to prevent the dam from collapsing. Crews worked 24 hours a day to fill the continuously forming voids with grout.

Serious damage occurred to the dam in 2014 when it was captured and held for several weeks by ISIS. During this time, no maintenance was performed resulting in structural damage. In addition, much of the grouting equipment was damaged or stolen.

Currently, the dam is under immense stress due to the spring’s snow melt, causing water levels in the dam to rise to dangerous levels. The weight of this water is putting more pressure on the already compromised foundation. Operators are unable to relieve the pressure normally because one of the sluice gates is jammed shut. The other gate cannot be used individually due to the risk of asymmetric flow which would increase erosion.

Initial casualty estimates for the dam failure were approximately 500,000 people, but more recent predictions indicate that over a million lives are at risk. In the event of a collapse, a 20 meter wave of water would reach Mosul, Iraq’s second largest city, in just four hours, making an adequate evacuation nearly impossible. The flood waters would continue to travel and would reach Baghdad in 45 hours.

Unfortunately, the response of the Iraqi government to this impending disaster has been inadequate. In place of a proper evacuation plan, the Iraqi government has recommended that anyone living in the potential flood path move approximately 6 km away from the river. This statement has been widely criticized as there is no infrastructure to support a population shift of this magnitude. The US embassy has recommended that any US citizens evacuate the area. In order to prevent mass casualties, an international conference was held in Rome in April to consider potential solutions and the Italian government has dispatched 450 troops to protect workers during repairs.

US and Iraqi governments issue warnings 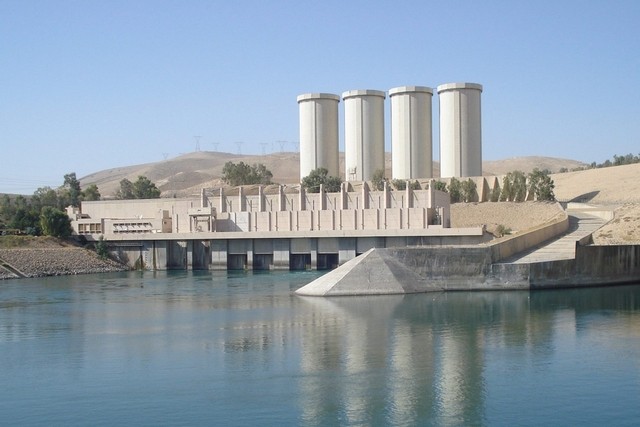 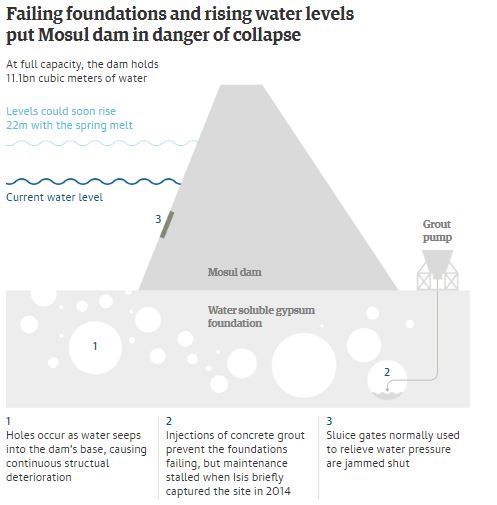 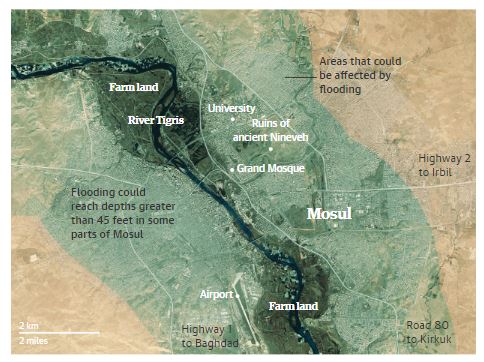 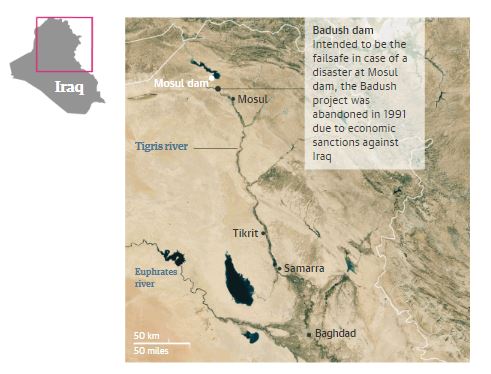 The Mosul Dam, Iraq's largest dam, is structurally unsound and is presenting a serious risk to all o...

Authorities have evacuated an entire town in Derbyshire, U.K., after a reservoir's dam suffered cri...