According to a new study from the University of Colorado, Boulder, about 57% of infrastructure established in the United States is threatened by natural hazards.

Despite significant advances in infrastructure development and resilience have been made through the years, natural hazards remain a potential threat that can cause severe damage or complete destruction. Technology has made possible the prediction of such phenomena and the establishment of warning systems to alert people but, ultimately, infrastructure exposed to natural hazards will inevitably be impacted.

The authors of the study created hazard maps of natural disasters (earthquakes, hurricanes, tornadoes, floods and wildfires) and identified hotspots in which the probability of one disaster is more than 10%. In fact, these hotspots account for 1/3 of the total land in the U.S. Then, the team compared the generated maps with available property and housing data. “Vulnerability matters. There’s evidence that natural disasters exacerbate socioeconomic inequality,” V. Iglesias, lead author of the study and a research scientist with the University of Colorado Boulder Earth Lab, stated.

The findings suggest that 57% of the infrastructure in the U.S. (a total sum of 1.5 million structures) is located in the aforementioned hotspots. In addition, despite building rates have been reduced over the last years, structures found in the hotspots are increasing. Historically, the most impactful natural disasters have occurred within these hotspots. The Galveston hurricane in Texas and Oklahoma (1900) destroyed more than 3,600 buildings and caused between 6,000 and 12,000 fatalities. The San Francisco earthquake in 1906 resulted in more than 3,000 casualties and in $11 billion financial loss (inflation-adjusted). The incident is one of the deadliest ever recorded in the U.S. as more than 80% of the San Francisco was destroyed. The Tri-State Tornado, one of the worst tornadoes in history hit eastern Missouri, southern Illinois, and southern Indiana killing 629 people and causing a $2.3 billion loss (inflation-adjusted). In addition, recent extreme events (e.g., Hurricane Katrina, Superstorm Sandy etc.) confirm the tendency of such disasters to occur within these specified areas.

The study suggests that there are 2 main causes for the current, unfavorable conditions. The first is associated with climate change that has proved to aggravate the intensity and magnitude of natural hazards. However, the second cause is the improvident infrastructure development in regions that are prone to natural disasters. In particular, building new structures in the developed urban regions increase the hazard posed by hurricanes and earthquakes while new facilities in rural regions are more prone to floods, tornadoes and wildfires.

The team emphasizes the need to incorporate the findings of this study on the risk assessment of future infrastructure development. Clearly, the avoidance of establishing buildings in hotspots will also be financially beneficial since fewer funds on repairing destroyed infrastructure will be dedicated. 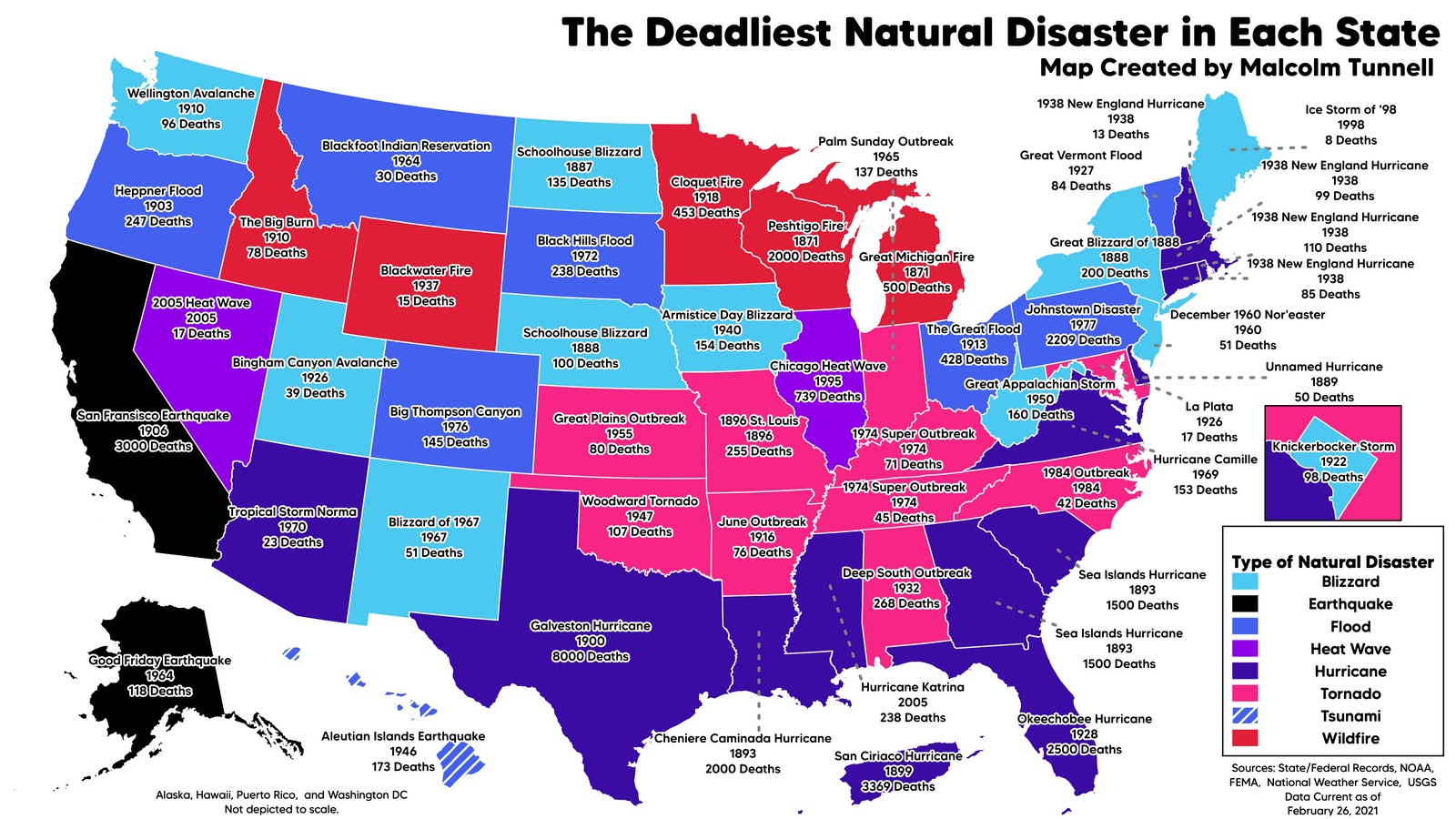