Zagreb, the capital city of Croatia, was hit by a M 5.3 earthquake after the country had implemented restriction measures to prevent the spread of the coronavirus disease.

The seismic shock occurred on Sunday, March 22, 2020, and its epicenter was located about 6.4 kilometers north of Zagreb. In total, 26 people were injured (some of them were hospitalized) and a 15-year old girl died.

According to Andrej Plenković, the Prime Minister of Croatia, it was the strongest earthquake to hit the country in 140 years. However, in terms of magnitude, a M 5.5 and a M 6.1 struck Zagreb in 1905 and 1906, respectively.

The quake caused severe infrastructure damage including roof collapses, intense cracking and failures of concrete slabs. As a result, roadways and vehicles were highly damaged by the falling debris. Moreover, a spire of the iconic cathedral of Zagreb collapsed while the parliament building of Croatia was also highly impacted. “The damage is quite extensive. Walls and stairways have cracked on the upper floor and one section of the roof has been destroyed,” Gordan Jandroković, speaker of Croatia’s parliament, said.

Zagreb did not sustain critical infrastructure damage during World War I and World War II while the earthquake impact in the past years had been minimal. Therefore, the majority of buildings in the city are relatively old and vulnerable.

People were panicked and evacuated their residences to stay in the streets after the shock. However, authorities urged residents to stay away from each other due to the risk of coronavirus spread. "Keep your distance. Don't gather together. We are facing two serious crises, the earthquake and the epidemic," Davor Bozinovic, the Interior Minister of Croatia, stated.

More than 20,000 people have reported severe damage to their residences. Many of them have abandoned their houses and are currently accommodated by relatives or friends.

Authorities have employed a team of experts to evaluate the conditions of the affected structures. According to preliminary reports, some of them need to be demolished. In other buildings, repairs should be implemented but due to the current coronavirus situation, the works will be delayed.

The seismic shock also affected the gas pipe network of the city and many houses were left without heating during a particularly cold weather period in Croatia.

The Croatian government provided temporary shelters for the affected people in student dormitories.

On March 22, the coronavirus cases in Croatia were 254, but, according to current updates (March 29), the victims have been increased to 713. 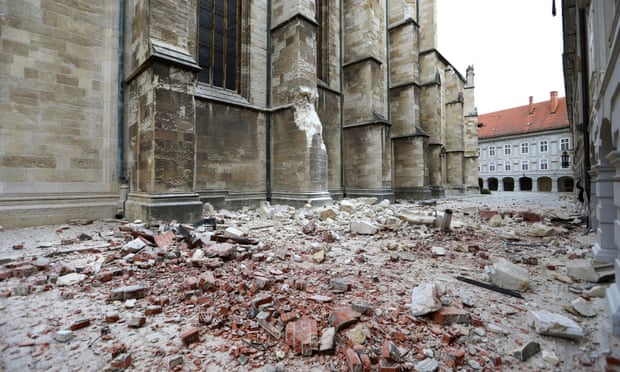 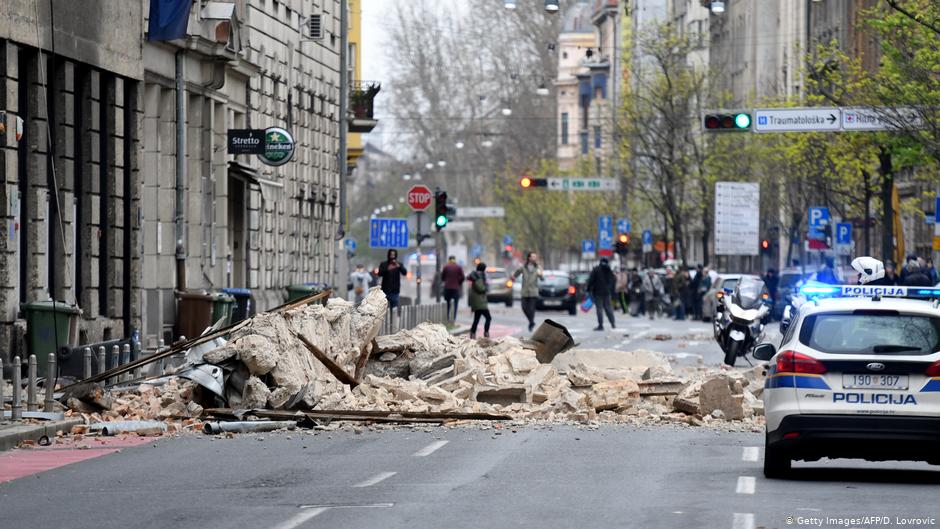 At least three people were killed in landslides i...