An emergency flood warning has been issued for a South Australian town due to the “high risk” of a dam wall collapsing.

The privately owned dam on the edge of an Adelaide Hills town remains at risk of collapse with local residents facing a nervous wait before being allowed to return to their homes. The State Emergency Service says up to 40 houses at Echunga will be flooded with at least ankle-deep water if the 10 megaliter structure fails.

About 65 people have been asked to leave those properties, with some gathering at the local football oval, away from the immediate flood zone. Concerns were first raised about the dam on Tuesday afternoon, with signs of "slippage" along the main wall.

Fears grew of a major collapse overnight, with an emergency warning put in place early on Wednesday and reaffirmed at about noon. The SES said pumps were being used to take water from the dam and levels had been reduced by about half a meter so far.

It said the water level needed to be cut by a further meter to make the area safe, something that could take another 24 hours.

SES Chief of Staff Graeme Wynwood said a spillway had also been created to allow water to drain away from the dam in a controlled manner.

"We now have the capacity to extract approximately 12,000 liters of water per minute using a number of pumps and we are using the stormwater drains of the Echunga township to disperse the excess water,'' he said. Mr Wynwood said lowering the water level would immediately reduce pressure on the weakening dam wall, increasing the likelihood that, if there was a major failure, it would collapse back in on itself.

Some roads at Echunga have been closed to support community safety, while a sandbag collection point for local residents was established at the Echunga CFS station.

Premier Peter Malinauskas said he was briefed on the situation earlier in the day but described it as a "moving feast".

Speaking in parliament, Emergency Services Minister Joe Szakacs said the situation was being expertly managed to minimise the risk to the local community. He said members of the Australian Defence Force were also on-site to offer help where needed. "I'm advised that this will be a continually managed situation across the next 24 to 48 hours," he said.

The parliament was also told that the federal government had indicated it was ready to provide support if necessary. 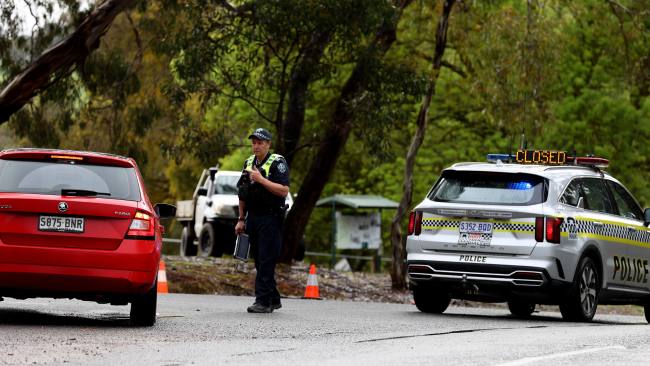 Authorities have evacuated an entire town in Derbyshire, U.K., after a reservoir's dam suffered cri...

The Mosul Dam on the Tigris River in northern Iraq is the largest Dam in the country and provides po...