According to a new study, the global sea-level rise associated with the melting of Antarctica's ice sheets may be underestimated by 30%.

The Antarctic and Greenland ice sheets accommodate more than 99% of all the fresh water found on Earth. The Antarctic sheet covers an area of more than 14 million square km and contains about 30 million cubic km of ice. Scientists estimate that if the entire Antarctic sheet melted, the sea level would rise by 60 meters.

The West Antarctic ice sheet is more prone to melting than the eastern one since it lies on top of bedrock below the sea. Fortunately, it is also smaller compared to the eastern ice sheet. The ice sheet has lost significant parts probably since the rise of the seawater temperature near the Antarctic coast. The air temperature in the Antarctic Peninsula has increased by 2.5°C during the past 70 years.

Previous studies have concluded that if the West Antarctic sheet collapsed, the sea level would rise by about 3 meters. Nevertheless, the authors of the new study have incorporated the effect of a mechanism known as water-expulsion which has been underestimated. This phenomenon is explained as follows: When the ice sheet melts, the bedrock beneath it experiences a stress relief and expands (assuming a behavior close to an elastic material). As the bedrock expands, water that was captured inside its pores is released and added to the total water accumulation due to melting.

The effect of water-expulsion was already known but previous research had underestimated the promptness of the phenomenon. “Sea-level rise doesn’t stop when the ice stops melting. The damage we are doing to our coastlines will continue for centuries,” Linda Pan, lead author of the study and a Ph.D. candidate at the Earth and planetary science at GSAS, Harvard University, stated.

The new calculations that take into consideration the water-expulsion mechanism reveal that the sea-level rise would increase by one more meter within the next 1,000 years. Prof. Mitrovica, a co-author of the study and the Frank B. Baird Jr. Professor of Science in the Department of Earth and Planetary Sciences at Harvard University, emphasizes that every prediction model of sea-level rise must be revised to take into consideration the water-expulsion effect. The authors suggest that the magnitude of the phenomenon was shocking. Moreover, the effect will not be applied in hundreds of years but its impact will be prominent by the end of the current century.

Unfortunately, the situation regarding the West Antarctic sheet is not optimistic. Studies conducted earlier this decade conclude that its collapse is inevitable. NASA suggests that some glaciers have "passed the point of no return." However, its melting process will last for centuries. 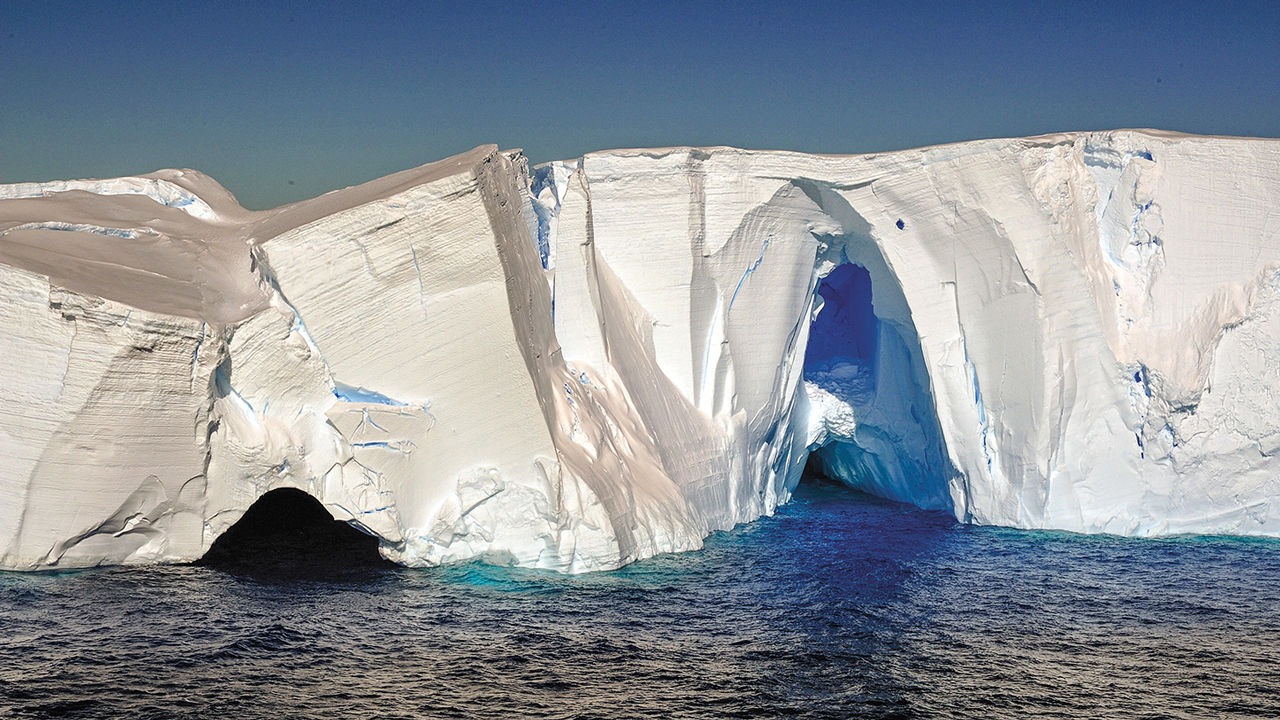 Large parts of the East Antarctic Ice Sheet did not retreat significantly during a time when carbon...

A group of scientists suggests a revolutionary strategy to prevent the collapse of the west Antarct...

Greenland's thick ice slabs may cause sea level to rise

Sea level may rise by 10 centimeters due to the presence of thick ice slabs in Greenland. A new stu...

U.S. coastal areas will be frequently flooded if sea-level rise is not mitigated

According to a new study, coastal cities in the United States may experience flooding incidents eve...

According to a new study published in the Journal of Geophysical Research: Solid Earth, earthquakes...

A cobble of green sandstone discovered near Antarctica has revealed crucial information regarding t...

Scientists believe that an interference in polar glaciers melting is critical in order to slow the s...

A four-mile iceberg breaking away from a glacier in Greenland was captured by a team of scientists o...

According to scientists, as seawater level rises due to climate change, a plan to address flooding...