The Werrington Tunnel was created by "pushing" an 11,000-tonne concrete curve under the East Coast Main Line (ECML) near Peterborough.

The "dive-under" system is designed to take freight traffic off the passenger routes - and took a year to build.

Work began on the project in the summer of 2018, and a curved concrete tube, weighing more than the Eiffel Tower, was pushed into place underneath the existing lines in January 2021.

It is the first time the technique has been employed in the UK.

The structure - measuring 155m (508ft) long with 1m-thick (3ft) walls - was pre-built in nine sections before its installation.

In July, the new track installed inside the tunnel was connected to the existing network, with signalling installed in September.

A spokesman for Network Rail said the tunnel would ensure that passenger services were no longer disrupted by freight trains crossing the tracks.

"This country's railways have long been home to marvels of engineering and the new Werrington Tunnel shows that we are continuing that proud tradition. Opening this new section of railway marks the end of a project which saw Network Rail engineers deliver an incredible feat unlocking new opportunities for rail freight." Mr. Heaton-Harris says.

The new operation would also pave the way for the Integrated Rail Plan, which sets out £96bn of investment in the UK railway network. 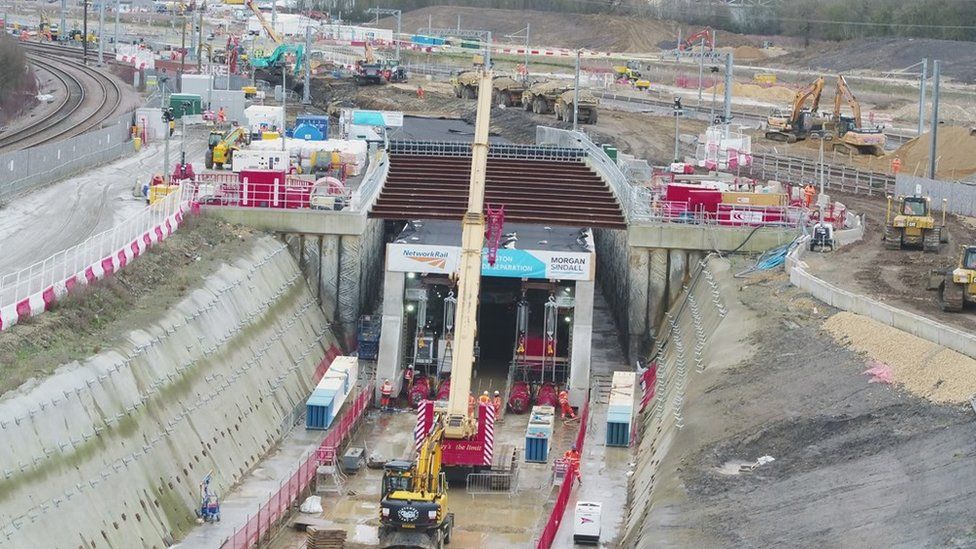