A new study, recently published in the Proceedings of the National Academy of Sciences of the United States of America (PNAS),  focuses on a volcanic flank collapse to understand how frictional resistance works on faults.

Fault friction is a critical parameter that is used to assess earthquake events. In general, friction is the resisting force that prevents the relative motion between solid surfaces such as the two sides of a fault. Before an earthquake event, static friction keeps the fault surface from moving but once displacement takes place, dynamic friction impacts how much the two sides will moving against each other. Hence, dynamic friction controls the magnitude and intensity of a seismic shock, the nature of shaking and the residual stresses on rocks. Unfortunately, the nature and the characteristics of dynamic friction have not been completely interpreted yet and thus, uncertainties in earthquake modeling emerge.

Researchers have not fully understood the role of friction in earthquakes mostly due to experimental challenges. The laboratory techniques involve tests in rock slabs that are far smaller than the actual ones. Hence, there is a scale effect that should possibly be taken into consideration. It is not certain that the experimental setup leads to biased results but validation is certainly necessary. “It’s not something that we can entirely predict using only equations. We also need data from experiments,” Paul Segall, the lead author of the study and a Professor of Geophysics at Stanford University, stated. The study assesses the slipping mechanism of the eastern flank of Kīlauea Volcano that occurred in April 2018.

In March 2018, researchers from the Hawaiian Volcano Observatory detected quick inflation rates at Puʻu ʻŌʻō, a cone in the eastern zone of the Kīlauea Volcano raising fears of a potential eruption. The high internal pressure led to lava drainage from the Puʻu ʻŌʻō's crater and to the collapse of its floor. Over the next days, new fissures emerged and impacted parts of the natural environment and local infrastructure. About 700 buildings were destroyed and many people were relocated. During the new 3 months, a stunning volume of lava was ejected from the volcano and the landscape was completely altered as the crater was displaced by more than 450 meters (due to its collapse). The event triggered numerous earthquakes with the majority being relatively small.

The crater collapsed in phases and in a non-progressive pattern. In particular, it would move by about 2.5 meters and then stop for 1.5 days (on average). This was observed as magma exited the chamber below the crater removing the support of the overlying formation. The crate's displacement was well-documented by an array of GPS instruments. The periodic phenomenon was repeated multiple times with each one triggering a seismic shock.

The fact that the eruptive vent was at a lower elevation than the collapsing crater was detrimental for the eruptive episode. The weight of the caldera created additional pressure into the magma chamber leading to the ejection of extra lava volume.

The authors of the study aimed at understanding how the collapse sequence of the crater evolved taking into consideration the role of friction.

Findings on the role of friction

The researchers utilized the GPS and tilt instrumentation data to model a piston collapse into a magma reservoir. A great finding is that their model confirms the results of small-scale laboratory tests. Hence, the derived slippage patterns in actual faults validate laboratory friction parameters at the kilometer scale. "These results support the use of laboratory friction laws and parameters for modeling earthquakes," the study mentions.

The new model found that the transition zone between static and dynamic friction does not occur instantly but involves a steady, complex process. The findings provide an upper limit of a parameter known as the slip-weakening distance. This refers to the distance before the frictional strength of a fault is significantly reduced and slippage becomes easier. Depending on the scale, it may range between micrometers to 20 centimeters. The model developed for the Puʻu ʻŌʻō crater suggests the slip-weakening distance is up to 10 millimeters, consistent with the predictions derived from lab tests. What this means is that it's "...okay taking those (lab) measurements from really small samples and applying them to big tectonic faults because they held true in the behavior we observed in Kīlauea’s collapse.” 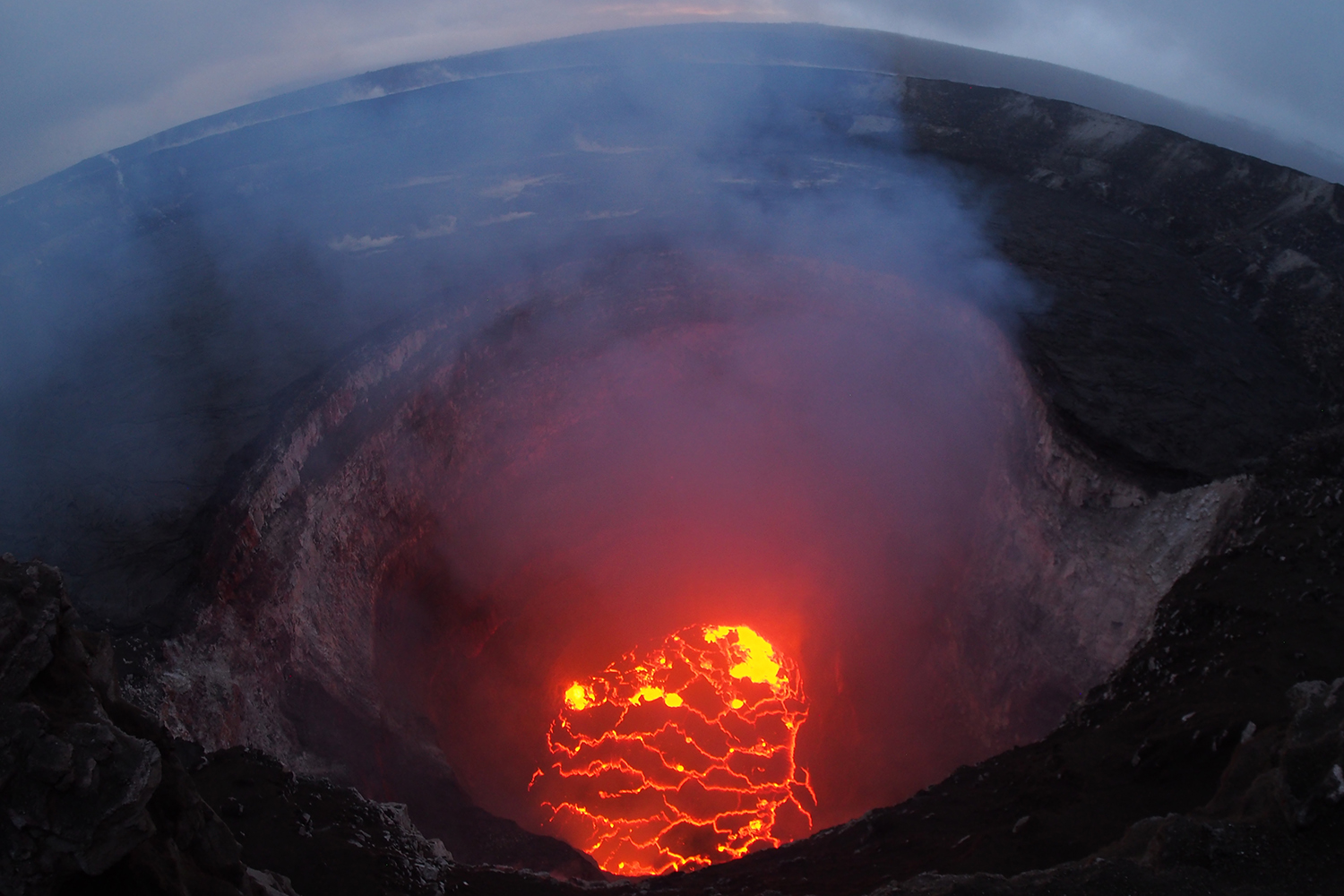