The Kilauea volcano, situated on the Big Island of Hawaii, erupted on December 20, 2020.

Kilauea is a volcano that is mostly characterized by fluid lava flows. Being the youngest one of the Hawaiian volcanic chain, it is considered one of the most active volcanoes worldwide. Currently, Kilauea is undergoing a long-lasting eruptive period which initiated back in 1983.

At around 9:30 p.m. HST on the night of December 20, lava flows emerged inside the Halemaʻumaʻu crater via multiple large fissures sending a plume of smoke into the air. The lava flows impacted a pool of water that was present in the crater sending what was proved to be a steam of cloud (not containing much ash and debris) into the atmosphere. The water was replaced by a "lava lake" which is still supplied by the aforementioned fissures with the highest one being about 50 meters (a stunning photograph of the lava lake and the fissures captured by the USGS can be found below).

An hour later, a M 4.4 earthquake was recorded near Hilo. According to the USGS, the seismic shock was felt by more than 500 people but no structural damage or injuries were reported. At least 7 aftershocks followed the initial temblor.

Due to the circumstances, the Hawaiian Volcano Observatory changed the alert level of the Kilauea volcano to the highest (Warning Level: Hazardous eruption is imminent, underway, or suspected) and the Aviation Color Code to Red. The Civil Defense Agency of Hawaii (COH), stated that not urgent evacuations are necessary but, people should avoid redundant transportations and stay in their residences. Moreover, officials mentioned that strong winds may drive ash towards several communities on the southeast part of the island therefore, it is critical for people to avoid exposure to ash.

By the following day, authorities announced that the situation was stabilized and the lava flows still persisted in the volcano's crater. Nevertheless, the activity persisted the next days and the lava accumulation within the crater was assumed at about 21.8 million cubic meters by the morning of December 25.

An update on the eruption conditions was issued by the USGS on December 26. Two fissures are still supplying the crater with lava. The "lava lake" has reached a depth of 176 meters and is still below the crater's rim by 415 meters. The current state raises fear of potential primary hazards which include: further explosions, rockfalls and emissions of volcanic gases.

The last major eruption of Kilauea occurred in 2018. Back then, the volume of the lava flows was immense and lasted for more than 4 months leaving deposits up to 24 meters thick. 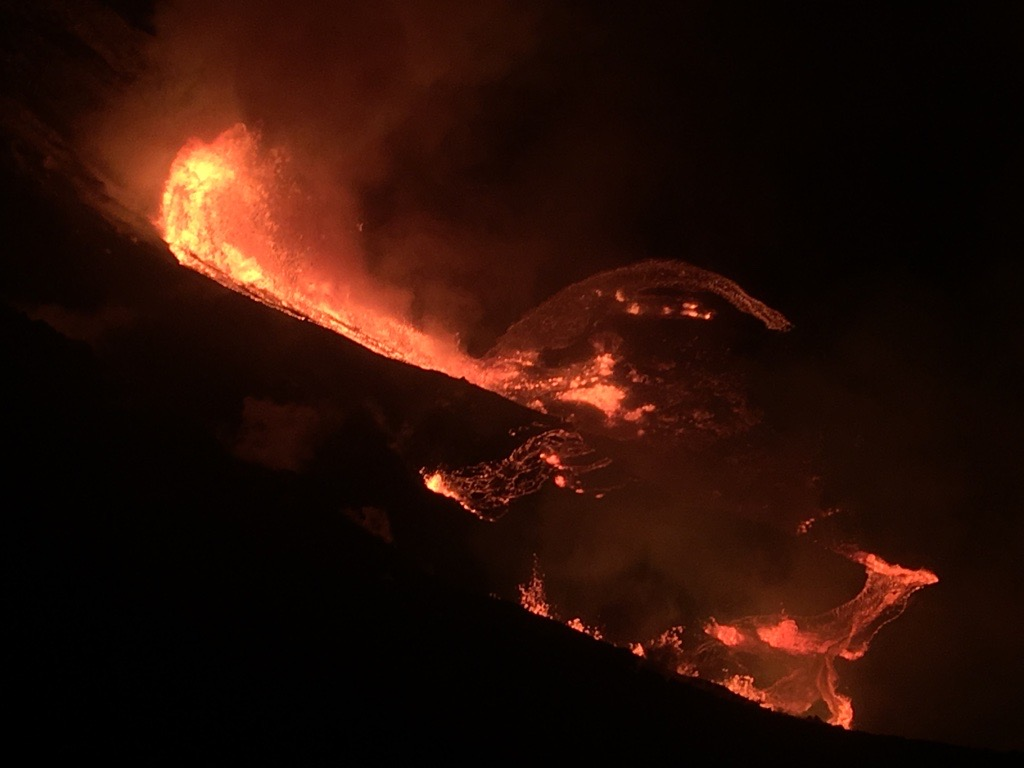 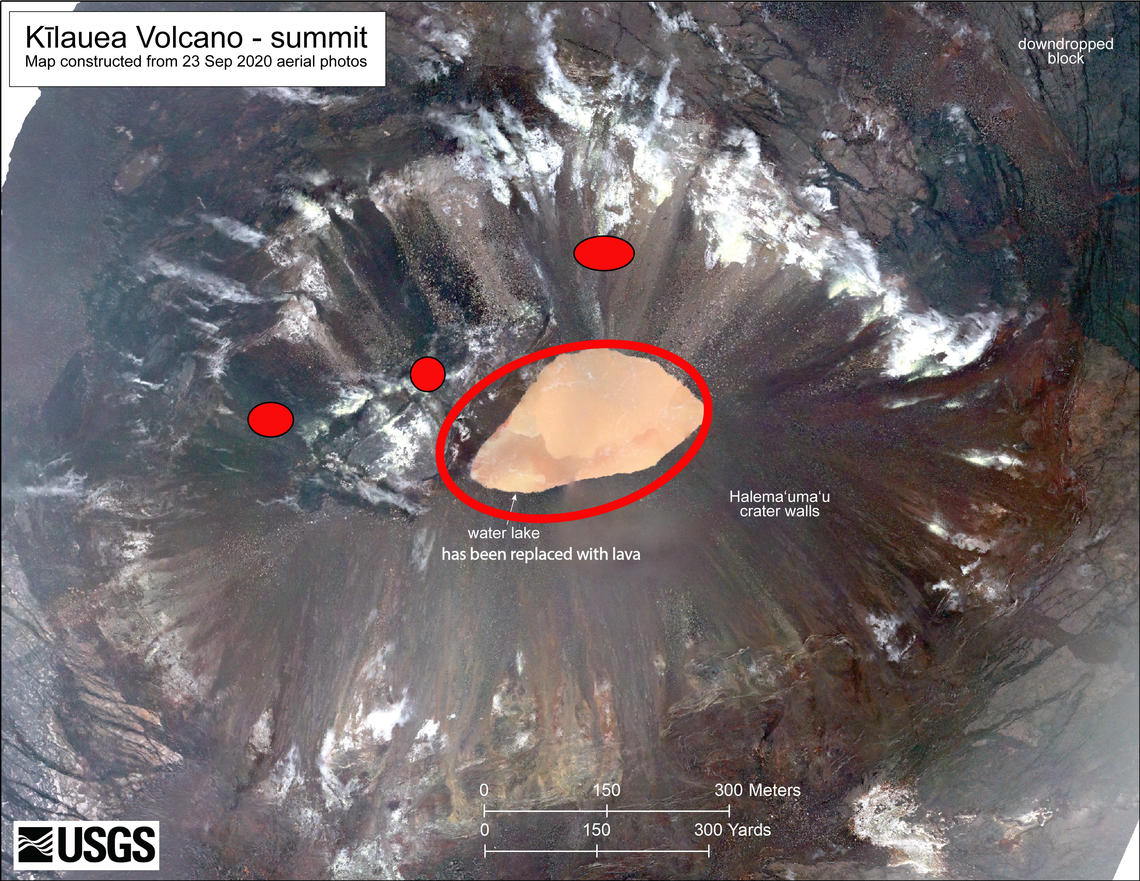 Lava flow in the Crater of Kilauea Volcano (Dec 2020)
USGS