Railroad retaining wall collapses and is caught live on video!

The collapse of a retaining wall, blocking Baltimore's railroad network, occurred last Wednesday as a result of the heavy rain in the area. No one was injured and many homes were evacuated. City officials said people living in the houses across the collapsed wall may not be allowed to return to their homes for up to 40 days.

The collapsed area had the size of a block and slid into the embankment underneath, covering the railroad tracks with debris and mud. About 12 cars were also carried along with the concrete retaining wall, the iron fence and street light. Crews started removing the debris and cars from the area and will then proceed to stabilization works, which are estimated to last about 8 - 10 days.

William Johnson, director of Baltimore's Department of Transportation, said the DOT and the Department of Public Works examined the stability of the wall about a year ago and spotted no problems. However, residents have been complaining about the erosion taking place in the wall and iron fencing around the rails over the last 15 years, also noticing cracking and slumping in the pavement in the last few months. Bob Leffler, an ad executive with offices on North Charles Street had noticed a "dip" in the street near the wall and the buckling upward of the sidewalk abutment.

The collapse was caught on video by Todd Wallace and Nick Reyes, while the photos taken after the event reveal the extent of the damage. 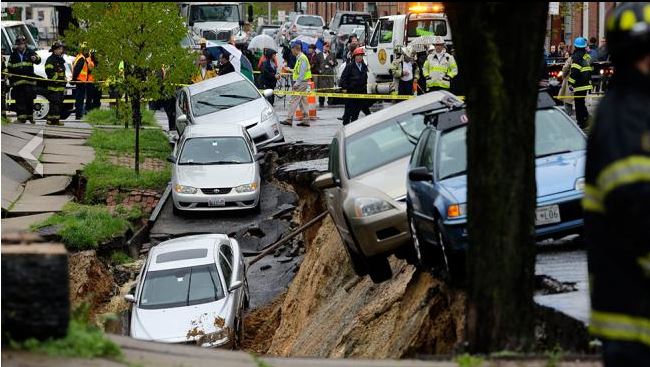 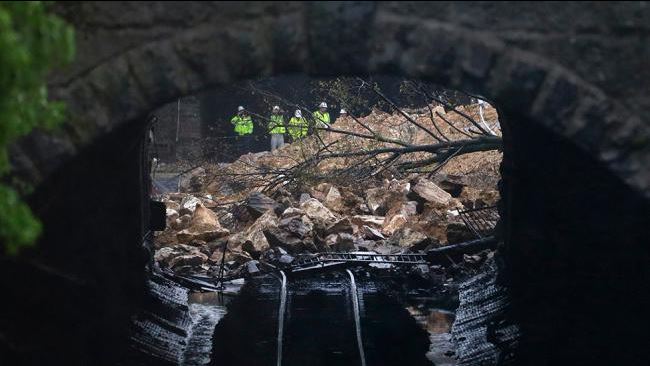 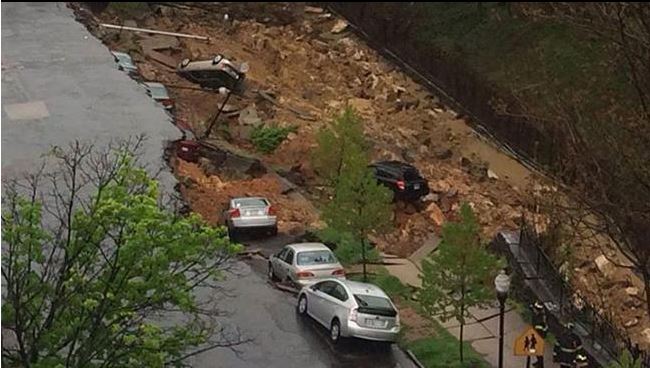 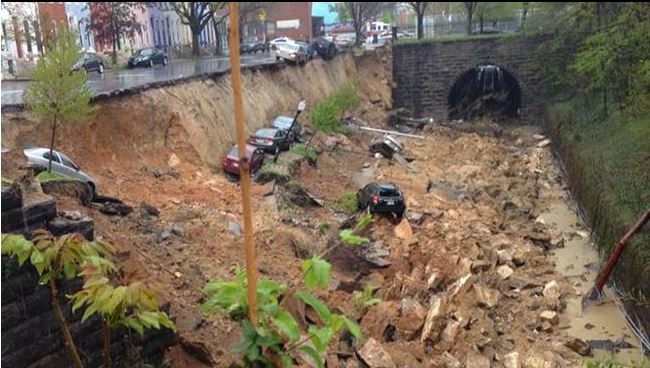